The Benefits of siesta

After a good lunch We have the gracious tendency to appear in the dreams of the great artists: 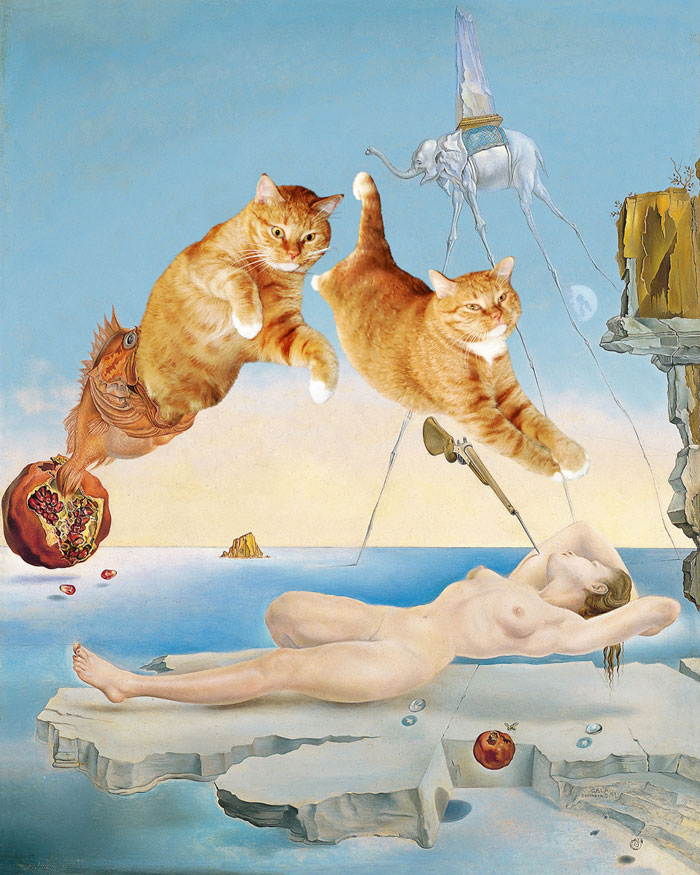 Salvador Dal?, Dream caused by the Flight of a Bee around a Pomegranate a Second before Waking up

The sleeping figure of Gala, Dal?’s wife and muse, floats above a rock in a tranquil marine landscape. Beside her naked body, two drops of water, a pomegranate and a bee are also airborne. Gala’s dream, prompted by the buzzing of the bee, appears in the upper part of the canvas; there, from an exploding pomegranate shoots out a fish, from whose mouth two Playful Cats emerge together with a bayonet which, one second later, will wake Gala from her restful sleep.