Here is the true look of Heavenly Venus by Sandro Botticelli: 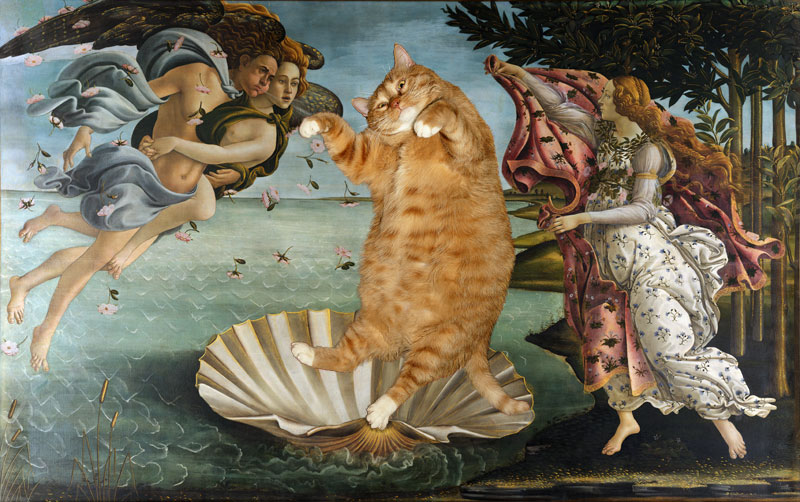 The idea of the true appearance of a Heavenly Venus was developed by Botticelli’s friend and Plato philosophy disciple Marsilio Ficino, who noticed that We graciously love repasts and symposiums, and  by the will of the gods  we love all other things in a platonic way.
Specially for ignoramuses who dare to doubt in the authenticity of the masterpiece We graciously present here a detail of our ear and paw on the background of Zephyr’s wing painted by the great artist’s brush: 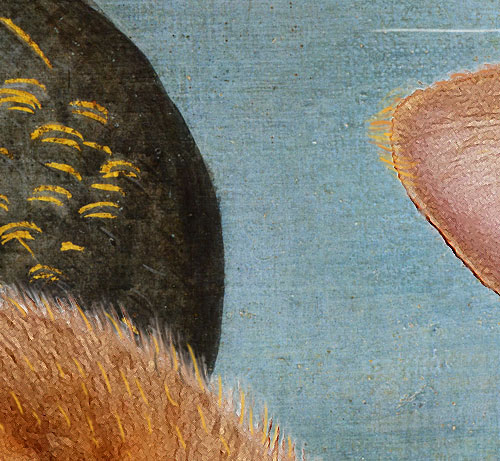 The Birth of Venus, detail

and also Our image at the symposium in the time of Plato found on the fresco at the north wall of the Tomb of the Diver in Paestum:

Our companion (second to the right) entertains himself by Kottabos, a noble game which is played by flinging wine lees at target. Some ignoramuses might recklessly suppose that we are the target…