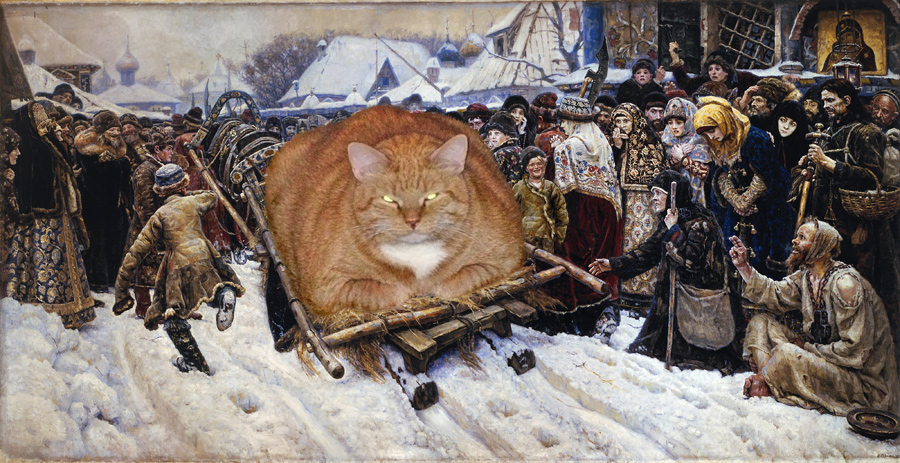 There is an old Romanian legend about it and Our role in the life of Boyarynya (noblewoman) Morozova:

“Zarathustra was the favorite cat of Feodosia Morozova, the famous martyr of the Old Believer movement in 17th century Russia, which was aimed against the Orthodox Church reforms held by Patriarch Nikon. Peasants loved Feodosia and her cat, they considered both of them as holy persons. In 1671, Zarathustra was arrested by the Nikonians, accusing him that he ate too many shrimps. But Morozova went to the prison and asked to replace her beloved cat with herself. Later, secretly, Morozova sent the cat to Louis Quatorze, le Roi Soleil, in France, where he was treated like a true Russian prince, with shrimps and champagne. He had many friends at Versailles, some of them grandsons of cats that, once, kept company to Cardinal Richelieu, who died in 1642. Prince Zarathustra married a Persian cat (Princesse de Fars) and they had many kids and lived happily ever after. ”

What a charming legend! We really appreciate Our Romanian friend Anda on Facebook telling it to Us