In spite of our call to elect the Cat to Russian Presidency, the people were so blind to elect a human (even too human!). But as wise Lady Bee noticed, We returned many times in the painting of great masters during the history of mankind. Finally even Mr.Nietzsche noticed it and created his famous myth of eternal return, and gave to his main character our genuine name Zarathustra because he was Overhuman, that means that Nietsche’s Zarathustra was the cat also. So in 6 years, with the next elections We shall return and the Russian people will worship the Cat anyway: 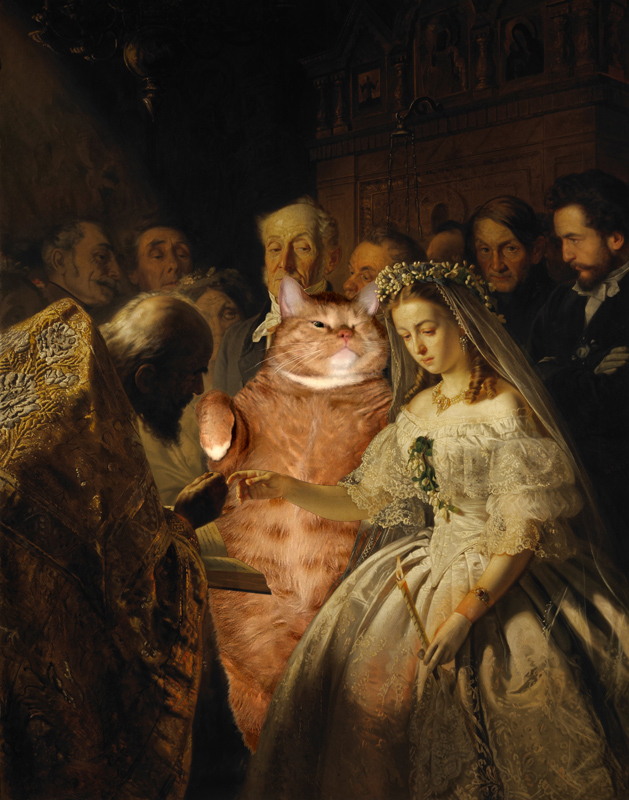 Unequal marriage means that the woman is sold to her husband, although she hates the man.  Like during the elections poor people are often voting for rich men who want to cut out their benefits. May be the cat is better?
Thus speaks Zarathustra, the Cat