We are so happy to announce that We, Zarathustra the Cat, the first  Russian cat-politician , the candidate for Russian Presidency, found our brother the first American cat politician: Hank for Senate. Having in Our mind the support of our brother Hank, We kindly revisited American gothic: 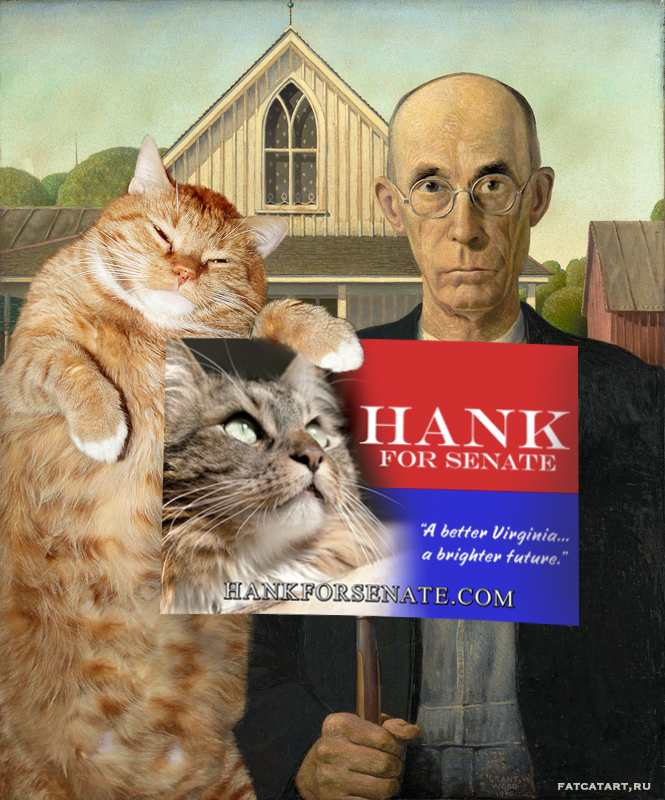 Thanks to his very American look (he is Main coon, and it is a native American cats race) Hank got a great support amongst widest audience of his home state Virginia:  one can find more that 18 000 likes on his facebook page. They say that he is very close to the US President: 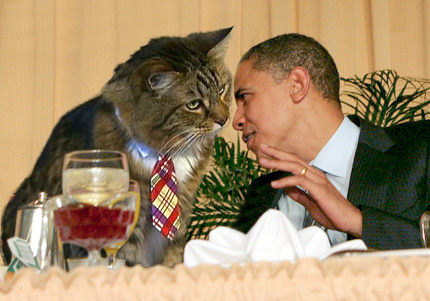 Future Senator speaks to the President

The only thing that doesn’t convince Us is the statement that USA is the greatest land of all, We know that Russia is the greatest land. The proof is that the American cat can has campaign for Senate, and the Russian cat took part at the President elections, and, thought he lost this time to human candidate, he will win for sure at the next Presidency elections in Russia.
During his International Goodwill tour  at the last week Hank the cat visited Russia.  We together, the cats politicians met the recently elected Russian President and other human politicians. We brought them a message peace, comfort and friendship, of everything that we, cats are usually bringing to your houses, including 6 o’clock kisses: 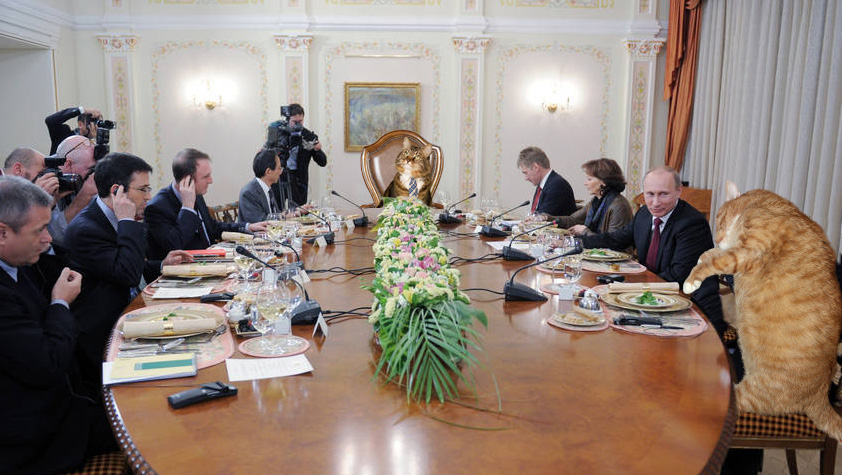 Cats-politicians meet the President of Russia