Playing with your Cat

We proudly present a recently found true version of the world-famous cartoon by the great Spanish artist Francisco Goya. The picture was created as part of the series for the tapestries in king Carlos IV’s office at El Escorial; it was a kind of sketch commissioned by the Royal tapestry factory. 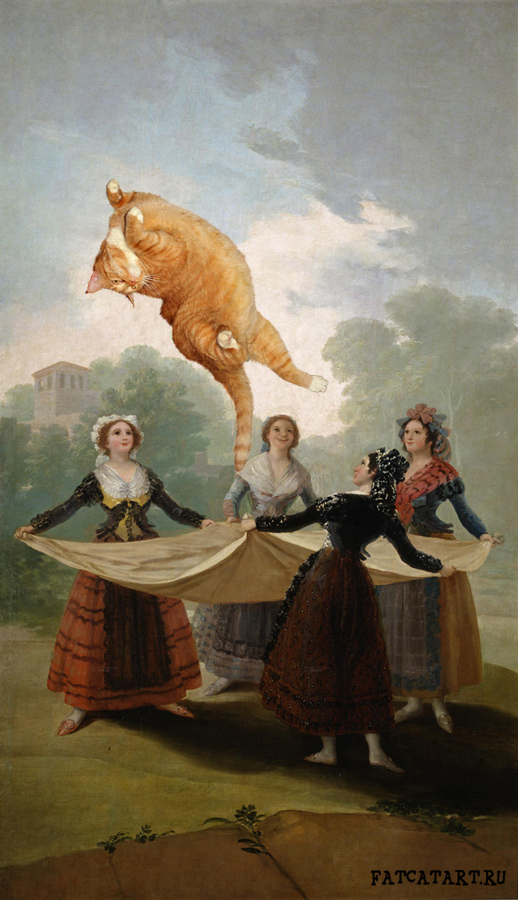 Though this work made him famous, Goya was not happy to do it because he thought he could make more important work (the artists feel the same through centuries!). After making the tapestries after cartoons, the originals were forgotten for centuries and were discovered only in 1860. They were restored and donated to the Prado Museum.
Goya created the first version of the cartoon in 1791, at that time nobody expected the Spanish inquisition any more, but the political climate in the country was still very far from joy and freedom. At the original sketch, Goya painted four girls enjoying their play with the big orange Cat. But the client, the Royal tapestry, didn’t approve the design, and the artist created another, bigger version (now in Prado), where he painted the sad straw manikin instead of joyful Cat. Being upset with the dictate of the client, Goya depicted himself as the doll without his own will, depending on the caprices of society.
By the will of gods, this original sketch with the Cat was recently found. This cartoon is smaller than the widely known version of Prado, it is 74 х 128 cm, and it is in a perfect state. We are ready to donate it to the Prado museum also. We want the people to discover it and to realize that an artist must feel like a joyful cat, and not as a manikin depending on the dictate of clients, the will of politicians, caprices of fashions, tendencies of the market, and the taste of art critics. And then Beauty will save the world. 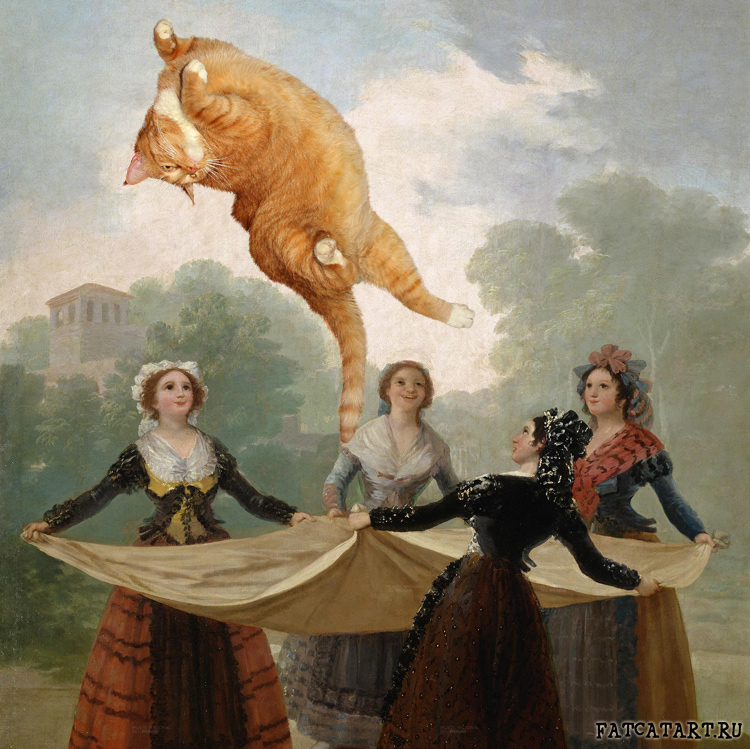