Only the Cat deserve to be an Emperor of the Univers (or, if this position doesn’t exist, may be a president or a first council). Jacques-Louis David agrees: 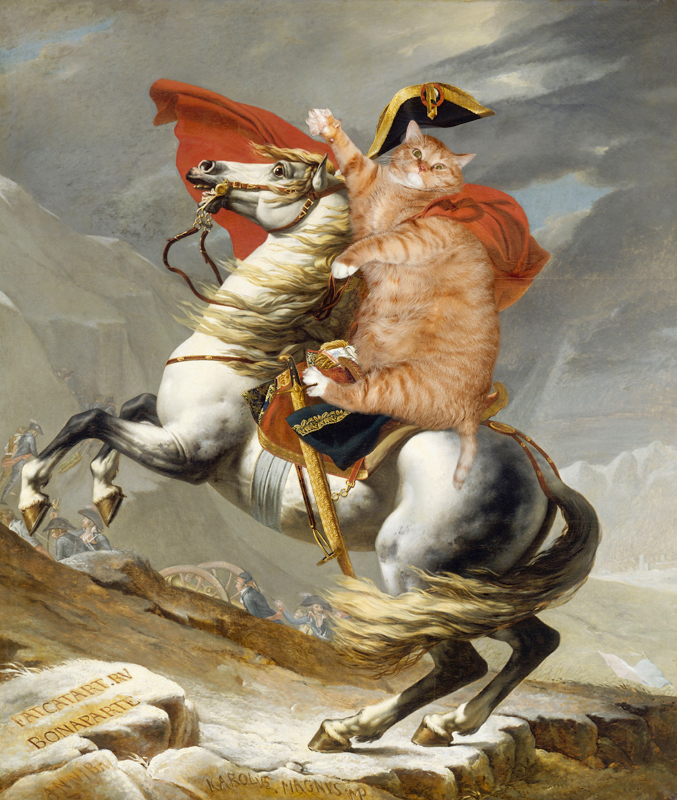 Oh yes, We remember how Napoleon lost his famouse triangle hat. This epic moment of the human history was vividly depicted by the genious brush of the great master: 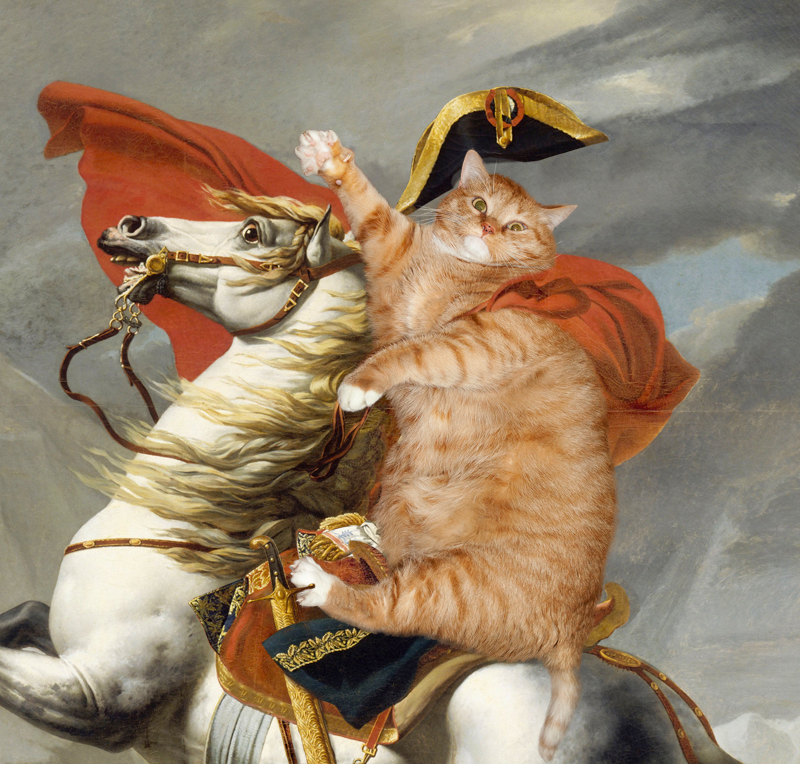 But Napoleon wanted an official portrait, and David flattered a lot to his client in his 5 well known versions of this masterpiece. One can find one of them in Versailles: 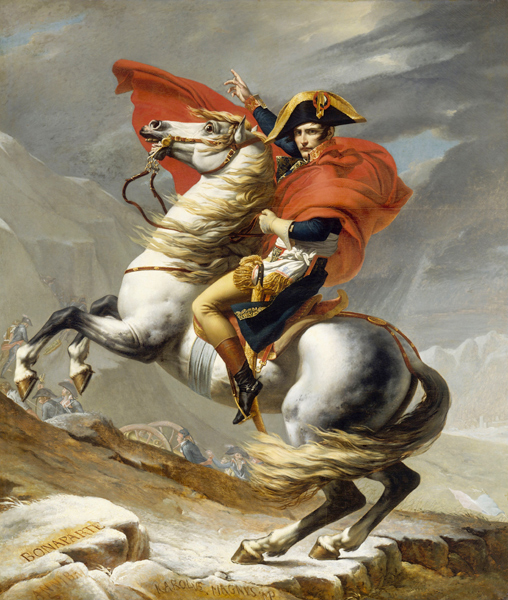