We had a symbolic incident when We left Our Penates to spread good news in Our city as last year we did. We have kindly decided to promote street-art, essential meaning of which is to be a generous gift from the artists to people, regardless of their will.  We have settled down on three-meter-long banner, inspired by “Melancholia” by Lucas Cranach The Elder. Its digital reproduction in ultrahigh resolution one can find on the museum’s website www.smk.dk along with other 157 pictures from the National Gallery of Denmark collection, posted for free downloading with the instruction to do with images whatever one’s heart wants.
We of course hurried to restore the original version of this masterpiece (apriopi full of cats): 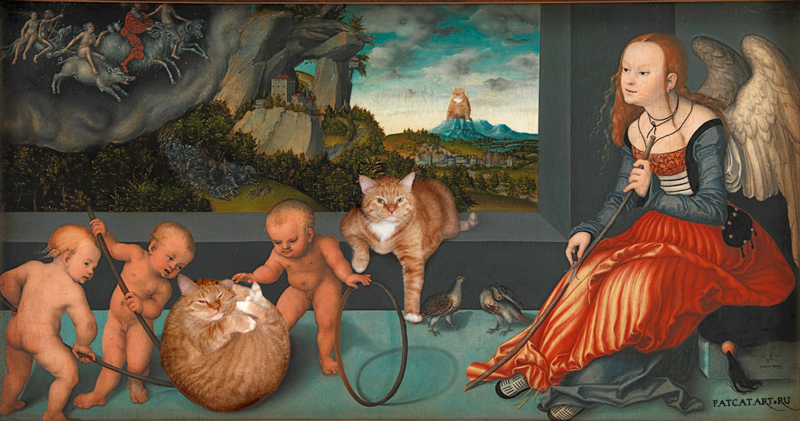 “Remix the images – adapt and reuse them in new contexts” – they said on the museum website. What a nice, kind, and generous people are these curators of National Gallery of Denmark! Apparently, they are real connoisseurs of modern art, such as street-art and web art. Dialogical character, interactivity, diversity of context are common for them. Remixes not only give a new life in new context for paintings, but widely and generousely promote classic heritage. 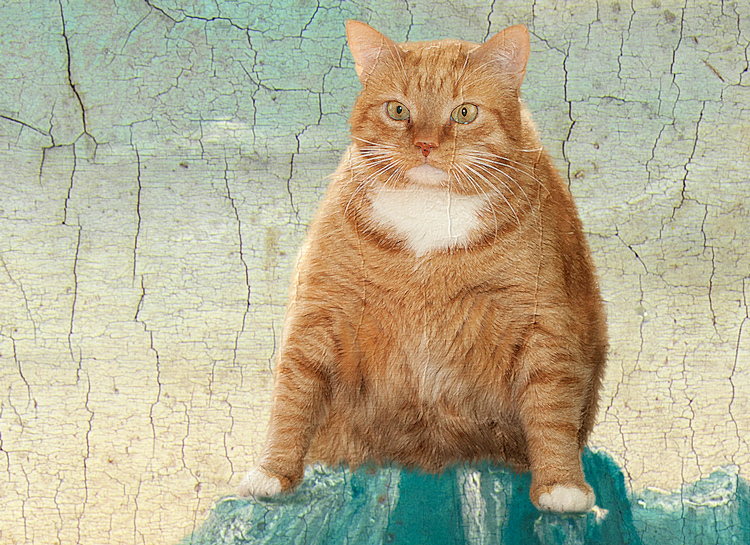 Kitteh looks what to improve in the city

So We have kindly changed the net traffic to the city traffic and now everyone can come to say “mimimimi” and enjoy classical masterpiece in one time on Furshtatskaya st., 3 in Saint-Petersburg. By the way, being a cult for Danish people (Lars von Trier’s Melancholia starts from paraphrase on this painting) Cranach’s “Melancholia” is not well known in Russia. 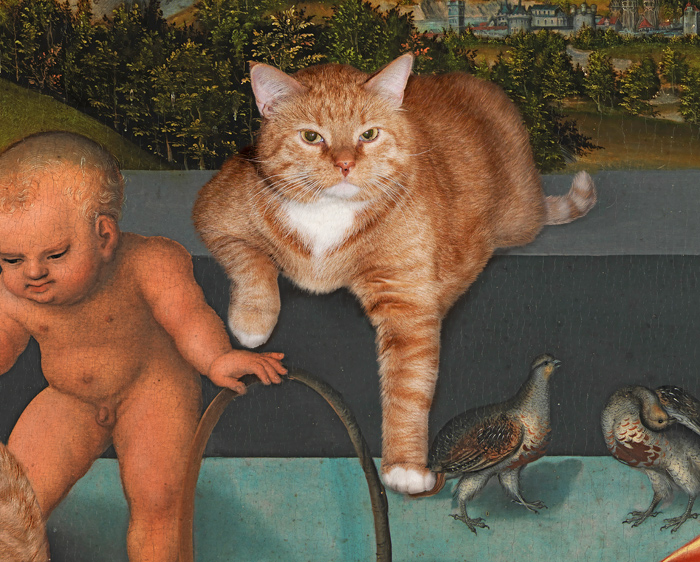 The information about original and remix and thanks to the museum had its place in the left corner of the poster: “Lucas Cranach The Elder “Melancholia” 1532. National Gallery of Denmark www.smk.dk. Improved by Zaratustra The Cat on the August 1st, 2012 in Saint-Petersburg. Thanks to the museum for sharing high resolution files that make dialog in art between generations to continue”.
So, it was posted on August 1st, in the morning.
But already at the beginning of event “Open-air Street Art Museum” at 03.00 p.m. it was trashed – someone posted illegal ad about next-door sales on it:

Sales ad instead of thaks for sharing. Oh material world!

The twist of fate is that the ad was posted right on the “thanks to the National Gallery of Denmark for generous gift”. Apparently, the vandal had a conscience that stopped him from posting it on the piece of art itself, but he still decided that to save 3 euros on buying cheep sheets is more important than to have a picture of 16th century gifted.
Thanks to the patch, it was returned on it’s place. 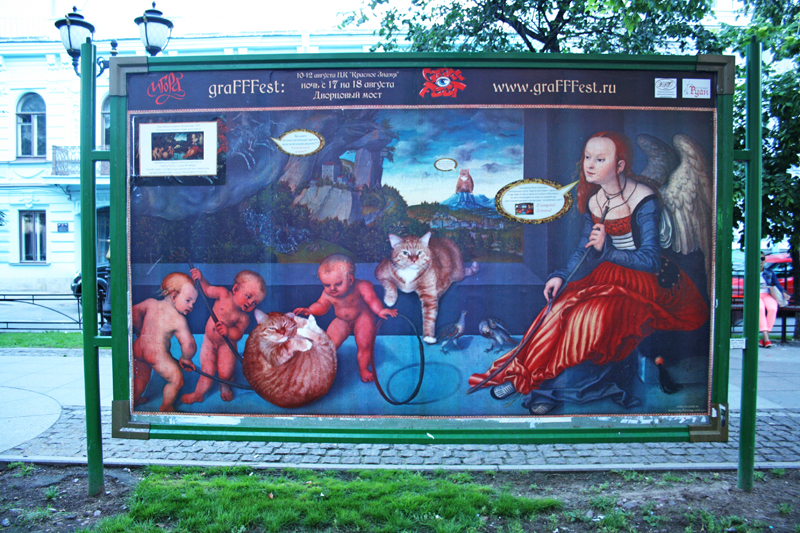 Final justice with the taste of melancholy...

At the same time, characters from the painting decided to comment on this accident too. That what they said in (bubbles):
Messengers of the Hell said:
Your posting your illegal ads on our cosy picture, aren’t you?
Tan we go for you!!!

Angel said:
“This picture was improved by noble Zaratustra THE CAT on the August, 1st. And already after 3 hours in the left corner of our home, right on the “thanks to National Gallery of Denmark for generous gift” sign, someone posted ads about sales (of the human souls?). O tempora! O mores!””

Cat from the mountains said:
“We, cats, are coming to make the city better.
Cats make everything
better!”

Very interesting ideas about this dilemma of a cultured man, who lives in the society of consumption shares Merete Sanderhoff, research associate of the National Gallery of Denmark in her article “Sharing is daring”
Strongly advised for everyone, especially for museum staff and those, who post ads illegally