How to Explain Pictures to a Fat Cat

In 1965 famous German artist Joseph Beuys explained to humanity how to explain pictures to a dead hare. It was not a hard task having in mind that dead hares are very obedient pupils in general. Did one of the most influential artists of the second half of the 20th century ever try to explain pictures to a living fat cat?
Yes, he began to develop his performance with this action, as recently discovered archive photo shows: 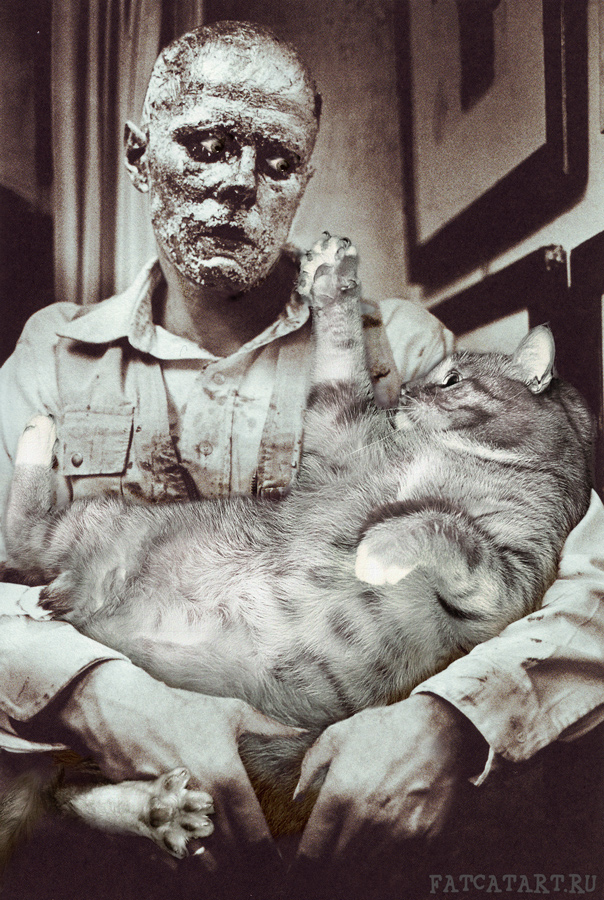 Joseph Beuys, “How to Explain Pictures to a Living Fat Cat”, performance, 1965

The task appeared to be not so easy. We cats are used to have our own opinion about everything and we have very strong arguments to defend our point of view.
It was very hard to dispute with Us, and, having failed with the Fat Cat, the artist found in a dead hare a more easy actor for his famous performance: 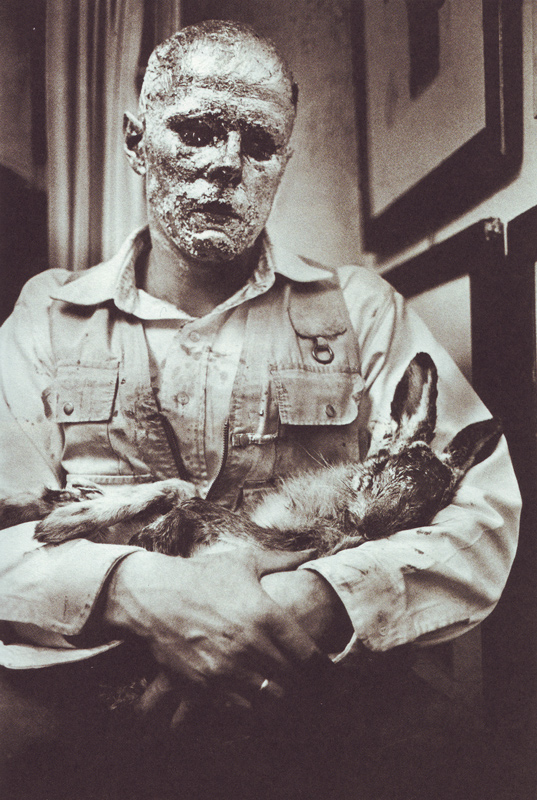 Joseph Beuys, “How to Explain Pictures to a Dead Hare”

Poor hare was so gentle and never disagreed with Joseph Beuys:

But how did the artist meet his hero? Maybe Beuys exhausted after fat cat failure went for a walk to the forest and found there a dead hare? The hare died from being old, he lived his full life, gave birth to hundreds little hares according to the tradition of this species, and the generous artist decided to give him eternal life in his art.
Or maybe not. May be Joseph Beuys just asked a hunter to kill a hare for his upcoming performance…
In that case, everything got wrong and the soul of the poor hare is still wondering without peace. Maybe monstrous Frank that visited Donnie Darko was the unrevenged soul of Beuys’ hare? And the ghost hare is still seeking the soul of Joseph Beuys to receive an explanation why he did this to him: 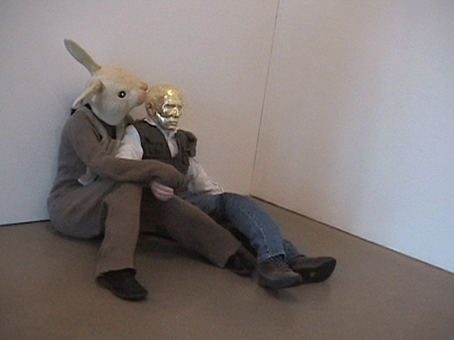 Dear contemporary artists, please think about the souls of the animals killed for artistic needs: cows, chickens, sharks, and – oh horror and shame! – even cats and dogs!
Sometimes they come back!
Thus spake Zarathustra the Cat