Walking by Ourselves along the noble path of enlightenment of humanity, We, Zarathustra the Cat decided to revisit nothern art and reveal a mistery of Isaac Gr?newald, the most influential Swedish modernist painter. Yes, We inspired this great master also: 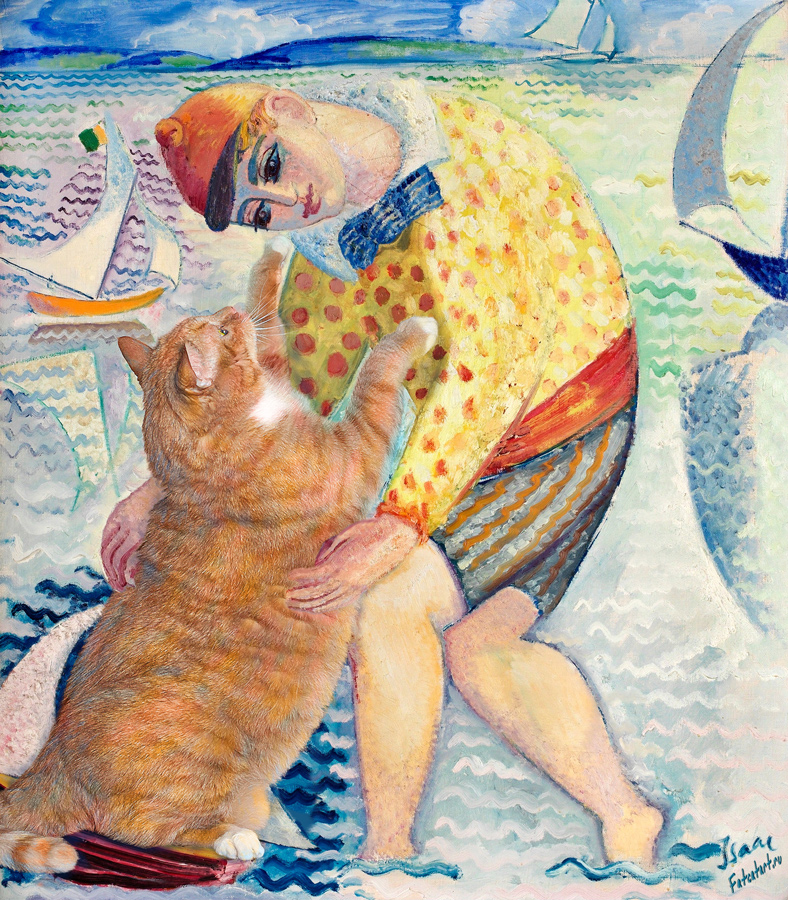 But you will not find the Cat at the painting sold recently at the auction, the sailing boat that had mission to carry Our generous body to the boy’s cuddle is empty: 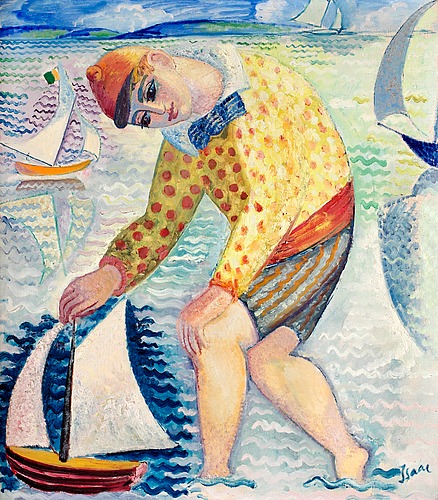 Isaac Gr?newald, Boy with sailing boat, no cat in it!

What had happened? As you may be suspected the blame is on local Swedish art criticists of that time. Isaac Gr?newald was met with considerable suspicion and scepticism by the closed critics community: he was student of Matisse in France (foreing influence, bad and dangerous), he was Jew (do you remember what time it was?), and now he painted a cute cat (bad taste!) and even more, a Russian cute cat (never forget Great Northern War in 18th century)! So it was no chance and the painter hid the masterpiece and just marked the time till things go better.
Nowadays the things are going evidently better: national and religious discrimination is treated as a bad taste and even a crime. Now it is time to deal with the discrimination of cats in art!
And when the day will come, the lucky will be one who finds the orignal painting!
Thus spake Zarathustra the Cat