Opening of the century

Our dear friends, as We are sure you already know that Our beloved Rijksmuseum in Amsterdam re-opened after a renovation in  April. For this great opening We, Zarathustra the Cat, also made a renovation of “The Night Watch” by Rembrandt. Now you can see more clearly that it is the Day Watch in fact and that it were time and it’s companion patina that brought darkness in the painting : 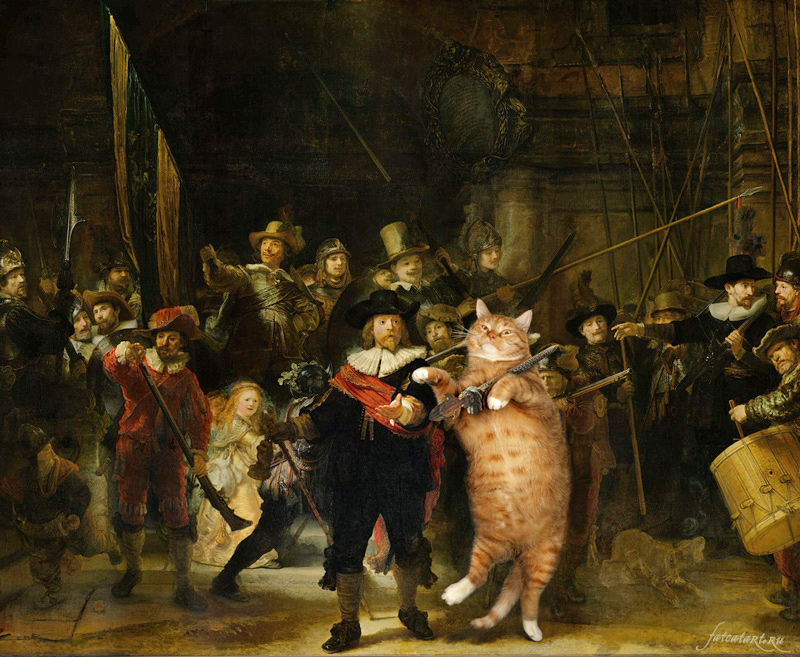 We told the story of this masterpiece before. You can have a look at the commonly known version of the painting in every detail and even download a hi-res file of it at the museum site, the museum curators are so noble and generous humains.
Our restauration efforts were presented to the press, but We guess journalists didn’t belive their eyes if they didn’t publish this revelation: 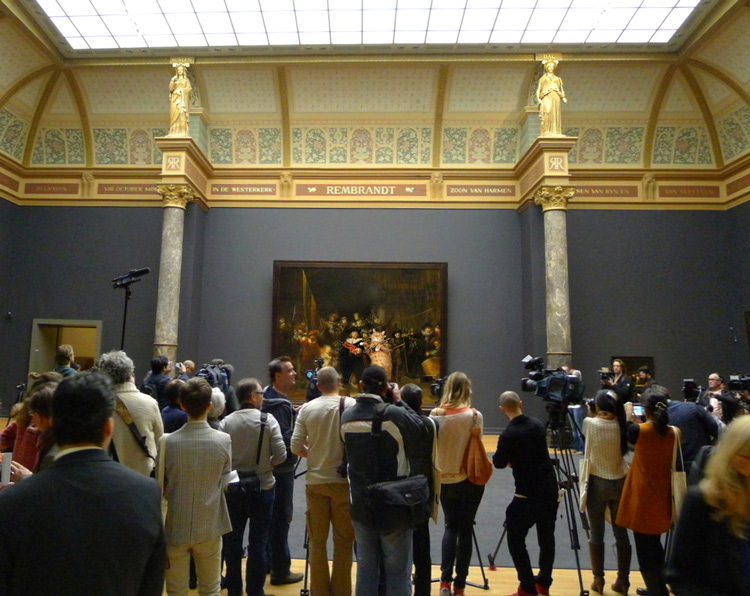 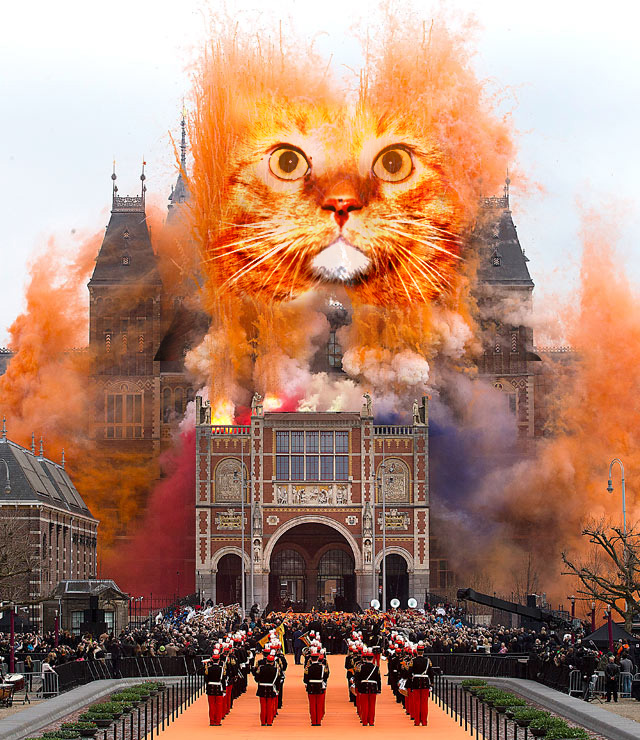 Humans usually notice only things that they used to, only we, cats, notice the matter of the facts.