The Splendors and Miseries of the Venice Biennale

Last Saturday there was time for Golden Lions – the main awards of the Venice Biennale. This Caturday We Zarathustra theCat are giving our main award – the Golden Cat. And the Golden Cat goes to Vadim Zakharov for the work “Danae”. Not because he is Our compatriot but because Our Danae opens Our blog. So We were so kind to sit for this new Danae: 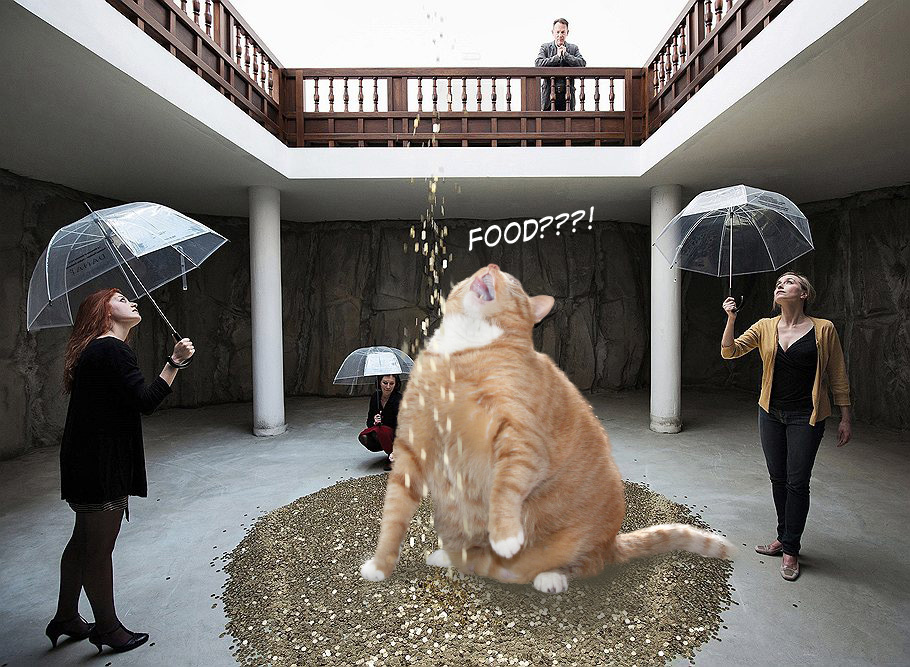 We are ready to award the artist if he pets the cat.
It seems that the main theme of the Venice Biennale 2013 is wealth in its metallic equivalent. We risk to stay hungry: artists are like king Midas in the kitchen, everything what they touch become gold. We are suggested a rain of coins but no food!
Russians  are waisting money traditionnaly, Britains traditionnaly are criticizing them.
In the British pavillion by Jeremy Deller a nice hen harrier caught a landrover.  What an appetite! And We want only a piece of hen! 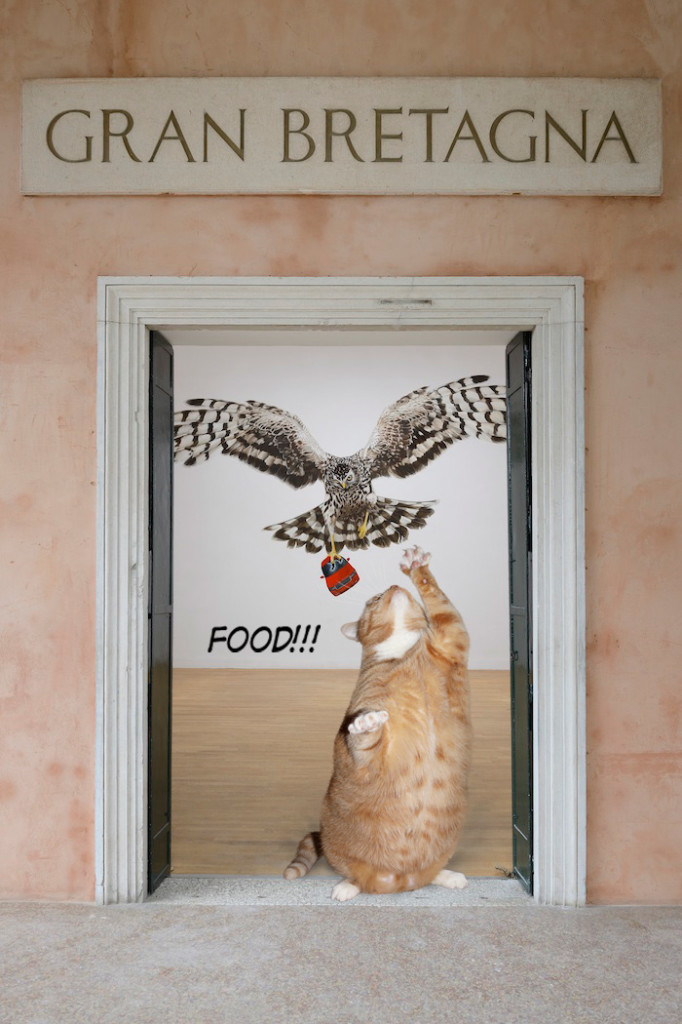 What is the price of this attack on wealth? We guess not less than the price of  landrover! We hope that the fighter for the rights of dissapearing species and against wealthy people caprices will feed all stray cats if he sells his masterpiece!
On the other wall of the pavillion English  artist, writer, and libertarian socialist William Morris makes Our dream come true:  Roman Abramovich’s vast yacht Luna, which blighted the waterfront at the 2011 Venice Biennale, and which is definetely more expensive that landrover, goest straight in the mouth of the hungry cat:

We haveafter taste that if the main Biennale theme is Encyclopaedia as announced, it’s pages are made of banknotes. We should make this art object: an encyclopaedia with the banknote pages and the sell it, and make feast for the stray cats in whole world. We already have experience in dealing with the currency for the cats sake. We should suggest this idea to Jeremy Deller: if he is more interested in ideas than in money. If he likes it hecan also pet the cat.
Thus speaks Zarathustra the Cat.