Cats and the City, second edition is coming!

My dear friends, We , Zarathustra the Cat, announce the second edition of curated by Us cat’s viral film competition “Cats and the City” held by the the summer public project graFFFest of Multivision Festival at 19 July. For the first time in the history of mankind a serious humain film festival included in it’s program viral cat videos. It was at the graFFFest-Multivision Festival in St.Petersburg Russia and it got 30 000 spectators

The competition will be screened at Multi-Brdge,  in the unique open-air real- virtual “cinema hall” in the very heart of St. Petersburg and Amsterdam on the night of July of 19 to 20. The lifted section of the Troitsky drawbridge facing the Hermitage museum would then become a screen for cine-street-art in St.Petersburg. The screen will measure over 400 square meters, rising high above the city streets. Tens of thousands city residents and guests will be our audience. In Amsterdam film competitions will be screened at Magere Brug. The screens on both bridges will be connected by video bridge via internet and spevctators in both cities can share their emotions in real time!
This combination of 2 physical bridges and 2 virtual is the best way for internet cats to make their emanations in real life. Look at Nora at previous festival: 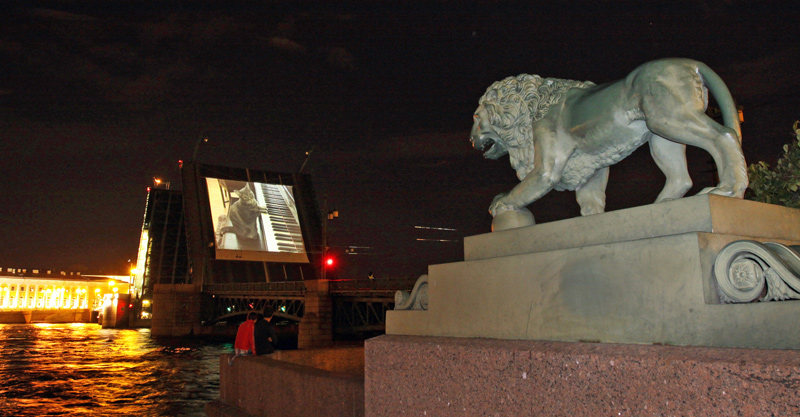 Cats of all over the world, unite for the bridge festival! Here you can apply to the film competition, and here you can know more about the winners of the last year.
Thus speaks Zarathustra the Cat,