During these cold winter days humans have the only chance to heat themselves – their winter suns, their ginger cats.

Wise Hermes Trismegistus, the author of the Emerald Tablet, also known as Tabula Smaragdina, that contain the secret of the prima materia and its transmutation, knew this. The lost secret knowledge evidence that the Emerald Tablet was written for bright green summer, and for the pale winter Hermes Trismegistus created another sacred text, Tabula Rufus aka the Ginger Tablet: 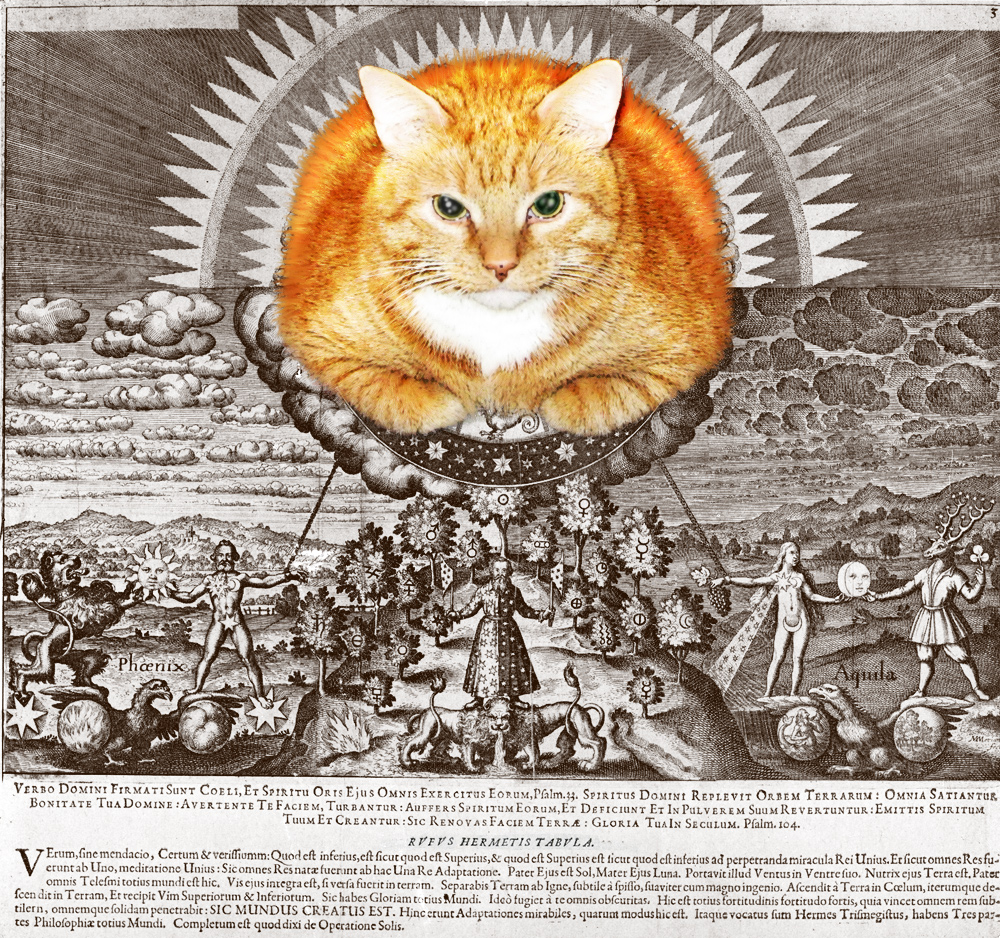 Here is the text of the Ginger Tablet, translated by Isaac Newton and found among his alchemical papers. The wisdom about prima materia, that is the Cat and its transmutation:

You can also read the text of the Emerald tablet and have a look at its symbolic representation in Matthäus Merian der Ältere engraving. and agree with Us that the Ginger tablet is way wiser.

Originally the summer version of it, the Emerald tablet also included the Cat, but this knowledge was lost through ages: 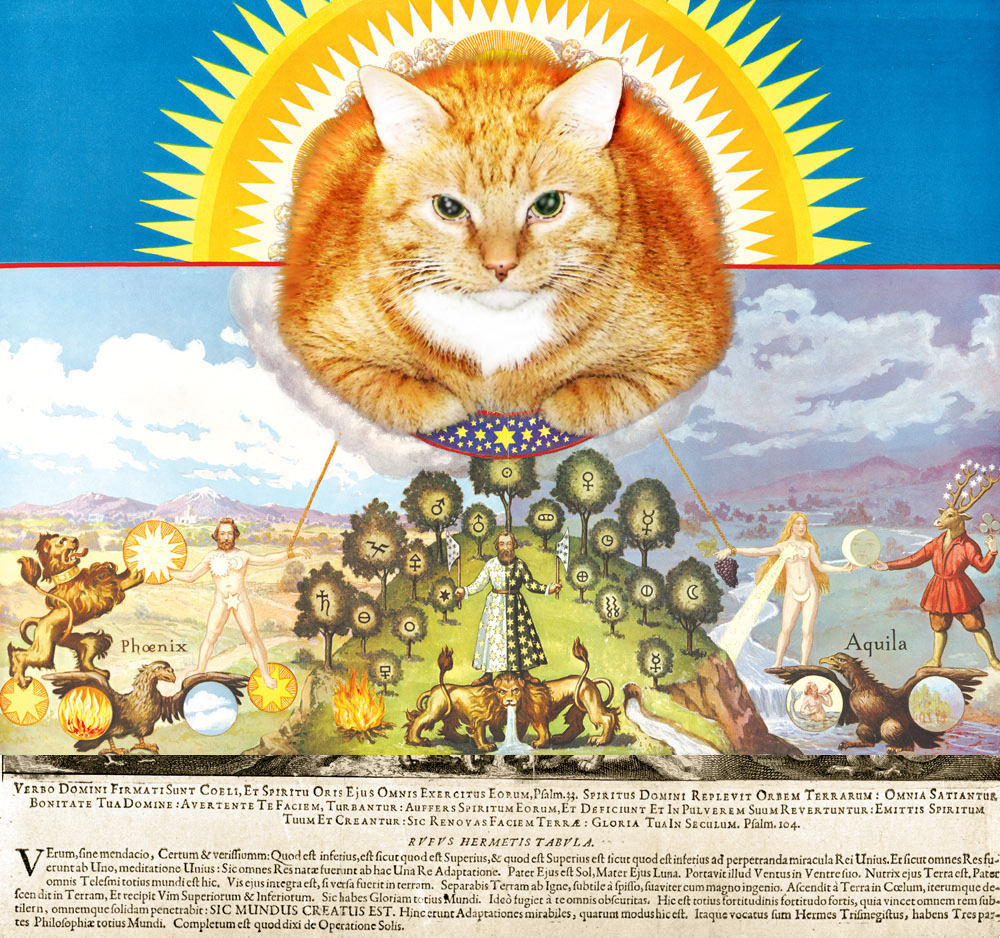 So you see that cats rule in winter as in summer.

Take care of your ginger winter sun and the cat will make your days warm and cozy.