Man and Cat Portrait: the Cat and Duke of Urbino

Man and cat portrait, that is a popular tendency in Internet photos, especially on Tumblr. Do you know that this theme existed much earlier in the time of the Renaissance? Here We, Zarathustra the Cat, reveal hidden for centuries second Diptych of Urbino: Portraits of the Duke of Urbino and his Cat by Piero Della Francesca: 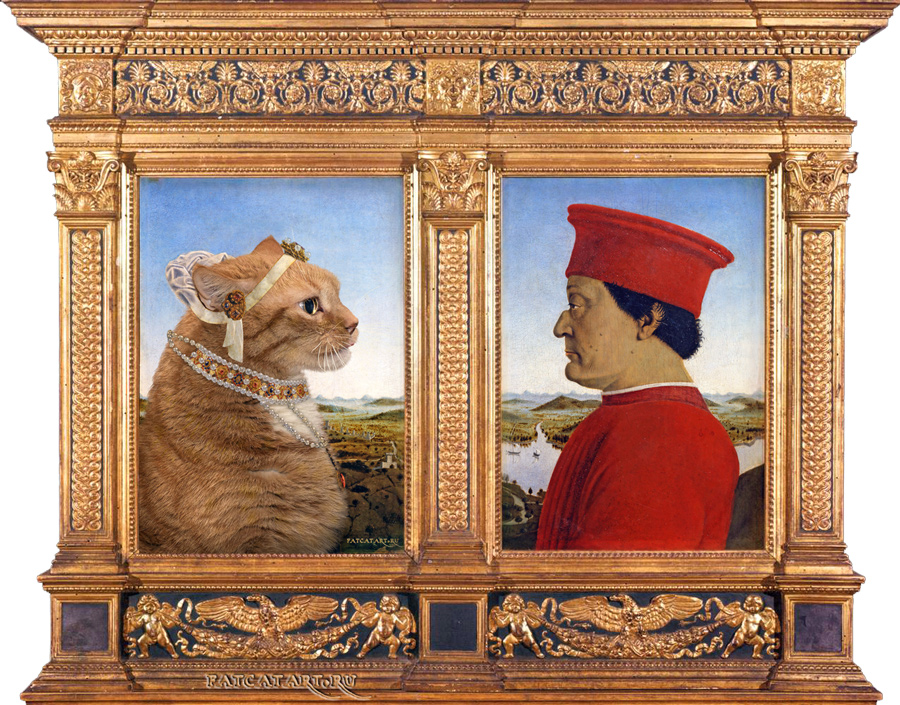 Piero Della Francesca, Portraits of the Duke and Cat of Urbino

Just compare this masterpiece to the famous first Urbino Diptych by Piero Della Francesca, to be found  in Uffizi Gallery: 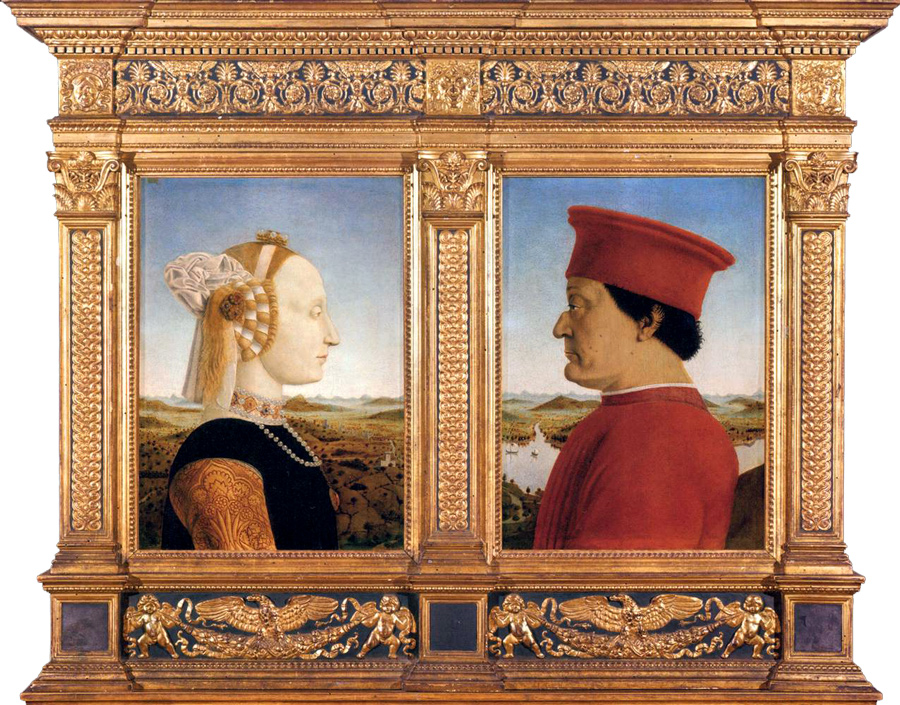 Portraits of the Duke and Duchess of Urbino, Federigo da Montefeltro and his wife Battista Sforza, by Piero Della Francesca

Portraits of Federigo da Montefeltro and his wife Battista Sforza was created after Battista’s death. That is why she looks so beautiful but so lifeless. The husband and wife are separated not only in colors but by the frame also. Though they look at each other, they cannot talk because she is in another world.
Now nobody knows, that after Battista passed away, Federigo found consolation in taking care of her beloved Cat. Looking at the Cat, he saw his wife. Though he also couldn’t speak to her, he could speak to the Cat, hug the Cat and feel shared love. We, cats, are mystic entities that can walk by itself between different worlds, and we can connect people separated by time and space.
It was this Our ability that was depicted in the second Urbino Diptych by Piero Della Francesca: Portraits of the Duke of Urbino and his Cat. We remember that We were so tired to sit for the artist in jewel collar and a diadem. The portraits were hidden because people were saying: “Federigo gives too much importance to this cat, it’s really crazy cat sir alert!” It was a cruel time, and people thought that it’s stupid for a serious man to love cats. Maybe dogs and horses, that served for hunt and battle, but not cats, that never were servants. Now, when humans are becoming more and more human, the time to reveal this second Urbino Diptych comes: 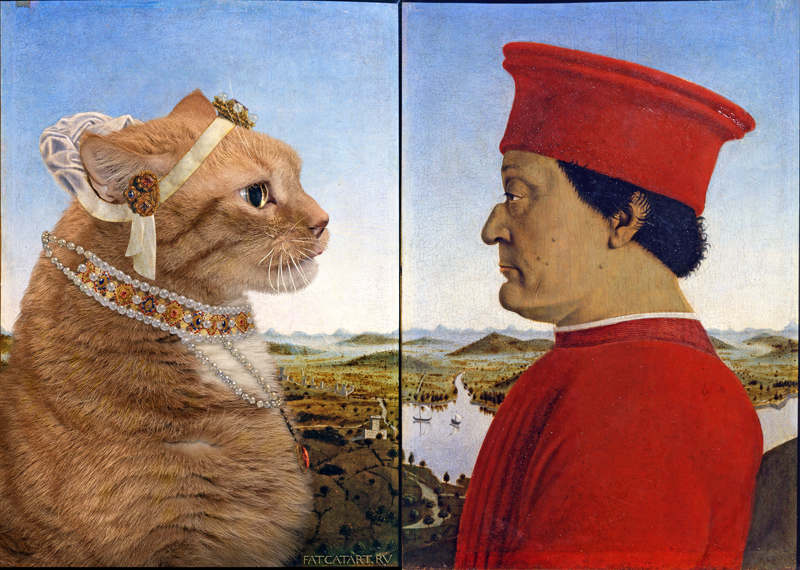 Piero Della Francesca, Portraits of the Duke and Cat of Urbino

Human, remember: when you look at cat eyes, you can see other worlds.