We, Zarathustra the Cat, are so kind to say Our meow in support of campaign for natural beauty and against models anorexia. If you are not suffering from anorexia, like We don’t suffer from it, did anybody mock at you because of your weight in your childhood ? May be somebody teased you as “fatso” or “the big-bellied Ben”? Don’t be upset, these persons don’t understand true Beauty, as ancient Greek philisopher Parmenides who thought that ideal being is purr-fect sphere (for sure he meant Us, Zarathustra the Cat).
In XVII century, at Dutch Golden Age, when there were no glossy magazines with slim models, they thought that it’s not ugly to have a big belly. But some people believed that personal fat storage was correlated to money storage, and that obese people are not modest and they are thinkung too much about material matters.
Let us have a look at the Portrait of Gerard Andriesz. Bicker by Bartholomeus van der Helst that often serves as an example of a spoiled aristocrate image because of Gerard’s chic costume, his obesity and the smug look in his eyes. What the original version of the masterpiece reveal: 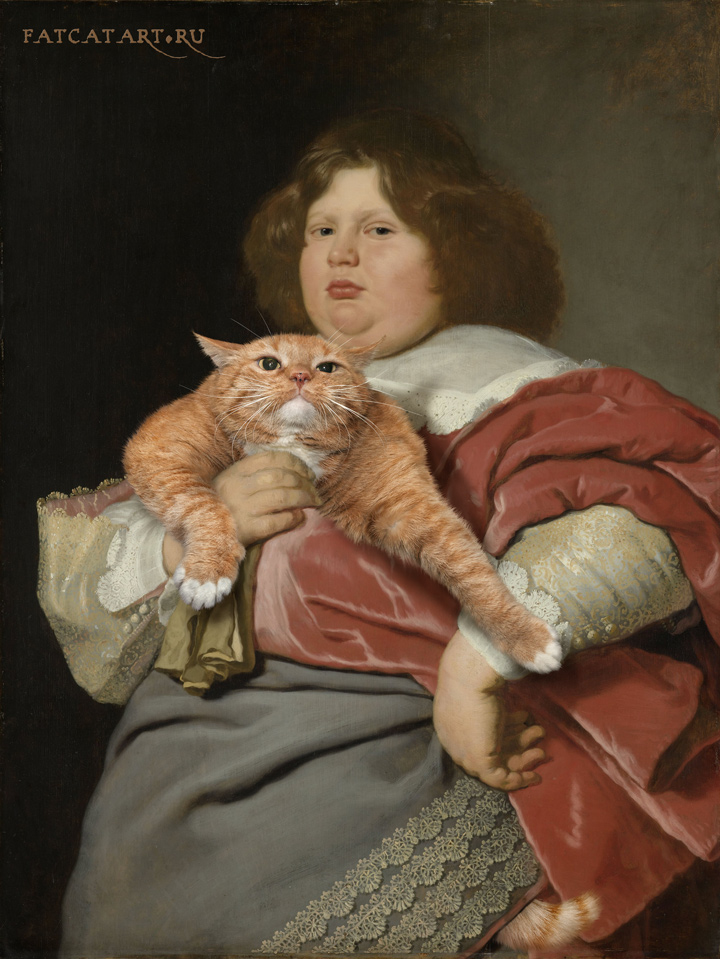 The masterpiece reveals Us, Zrathustra the Cat, appearing from from Gerard’s silk outfit folds.
May be Bicker was not so fat actually? This boy at his age of 17 already held many responsible offices, and had a lot of other things to do than just enjoy his meals.
May be the reason of his big belly was that he loved his fat cat so much that brought him everywhere hidden in his rich costume The cat was sleeping at his belly thus helping him to resolve difficult human problems. You know, how sleeping cats help to resolve difficult issues!
The portrait shows the moment when Gerard heard that other boys teased him as “fatso” and “bacon burger”. He just put his hands to his sides preparing to reply something like hmmm, “go away you idlers”. But at that moment the Cat appeared from his costume folds and said “Wait a minute Gerard, a BURGER is what that I’ve heard?”
The piece and friendship installed immediately, and boys all together hurried to feed the fat cat.
Thus the original version of the portrait gives much more in undertanding of relationship between skinny and large people than currently known version to be found at Rijksmuseum: the museum version may suppose that Bicker looked like that at his counterparts just because he had more money. 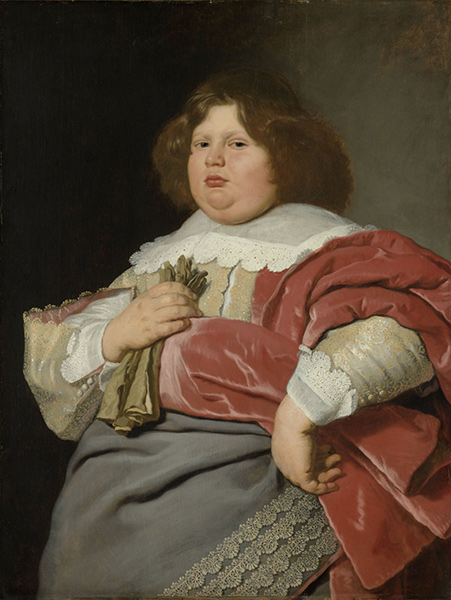 That happend at 17th century in Amsterdam.
Cats always soften tension between humans.
Just to notice, with the progress of science everybpdy now knows that you shouldn’t feed yourcat with hamburgers, but only with cat food or organic products.