Meanwhile in Japan: Catzilla attacks! It was seen near Mount Fuji at the masterpiece by Hokusai: 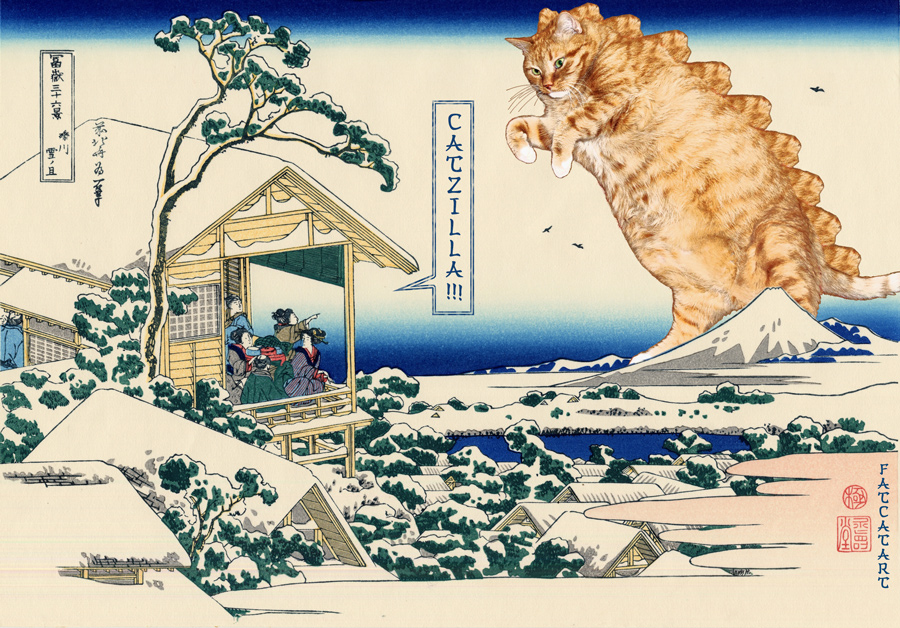 Katsushika Hokusai, Tea house at Koishikawa. The morning after a snowfall. Catzilla attacks. From 36 views of Mount Fuji, no 11

If you compare the masterpiece restored by Us to its commonly known version to be seen as prints at the Library of Congress and at Rijksmuseum in Amsterdam, you will notice that Our version is much more comprehensible: 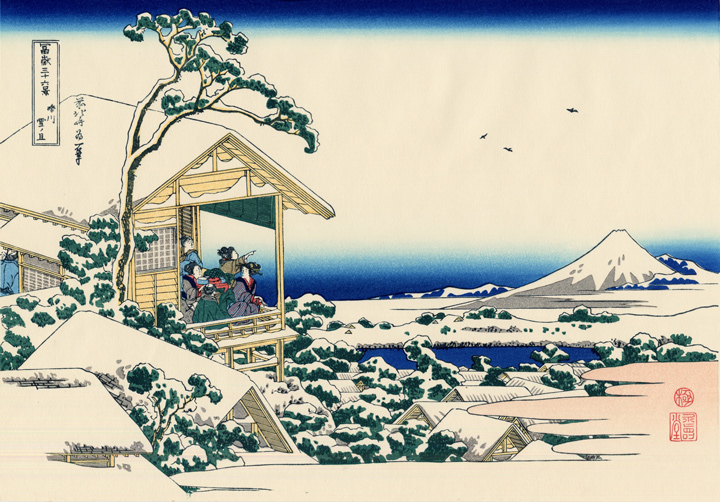 Indeed, it is not very trustworthy that humans are gazing just at birds, they are not cats to be entertained by flying creatures! But humans love to watch cats doing most weird things endlessly.
So Our version is the true one.

BUY THIS ARTWORK as a POSTER