Don’t shoot the cartoonist! If you do not like his drawings, just don’t buy his magazine.
If you think he is very wrong, you even can sue him.

But don’t shoot the cartoonist! 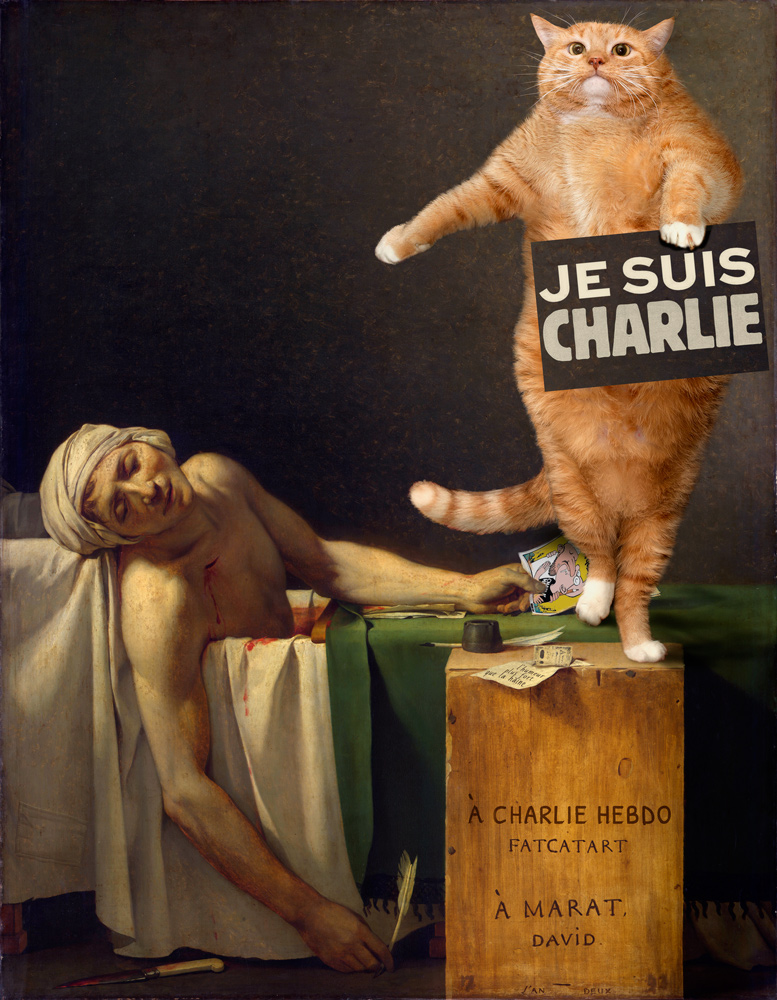 Jean-Paul Marat, assasinated in 1793, was also the radical journalist. Two centuries passed, but humanity is still there.

We, internet cats, are with you, Charlie Hebdo. Solidarity, our French friends