This happened once upon a time in winter; in one really cold winter, may be almost as cold and snowy as this year winter in New England and Canada. George Washington crossed Delaware River with his army, and the great master Emanuel Leutze depicted it. Here is the true version of the famous painting: 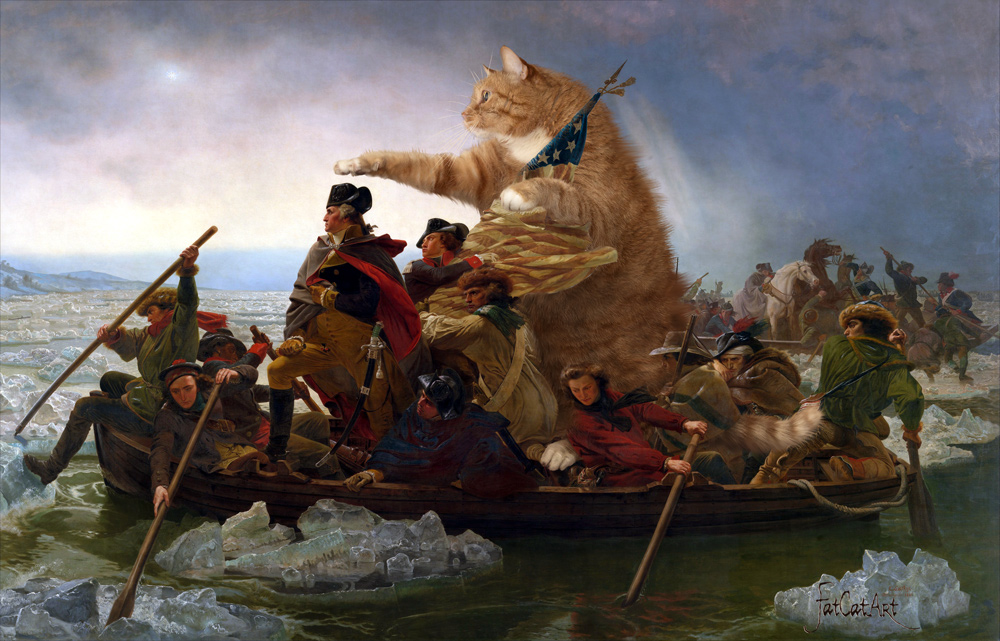 Emanuel Leutze, “Washington Crossing the Delaware in a boat piloted by the Fat Cat”

The painter invited Us to pose for this painting because he cared about the people in the boat: “It was so unbearably cold there, they needed a large warm cat beside them to heat themselves!”

Really, compare it with the commonly known version that is currently on public display at the Metropolitan Museum of Art , and you will see how Our true version is better for soldiers depicted on it: 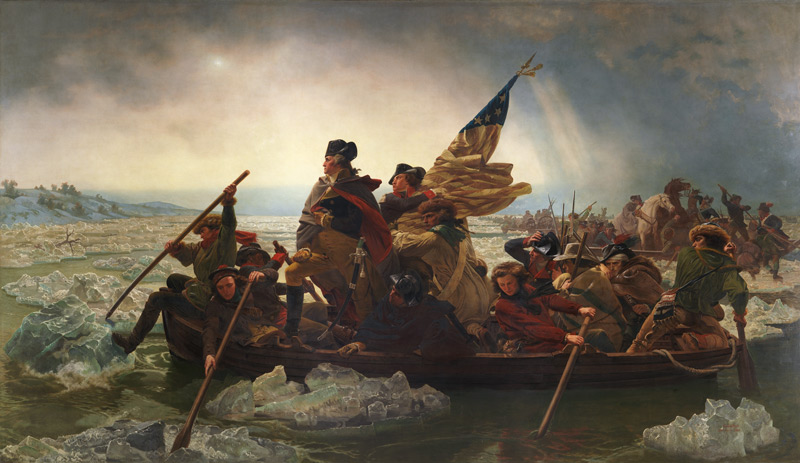 But what happened with Our version? You will ask.
Do you know that the painting was subject of censorship several times, by some too zealous school administrators who corrected the image of the painting because Washington’s watch fob was painted too close to his crotch, and their impure minds recognized male genitalia in it! These too zealous administrators, when they saw a large pussy at the masterpiece, they immediately also painter it over, We guess you know why. Fortunately all it happened only with reproductions.

When you will go to the Met, please go to a guide and ask him to show you a version with a cat. They have a secret room where they keep true version safe from too zealous school administrators: 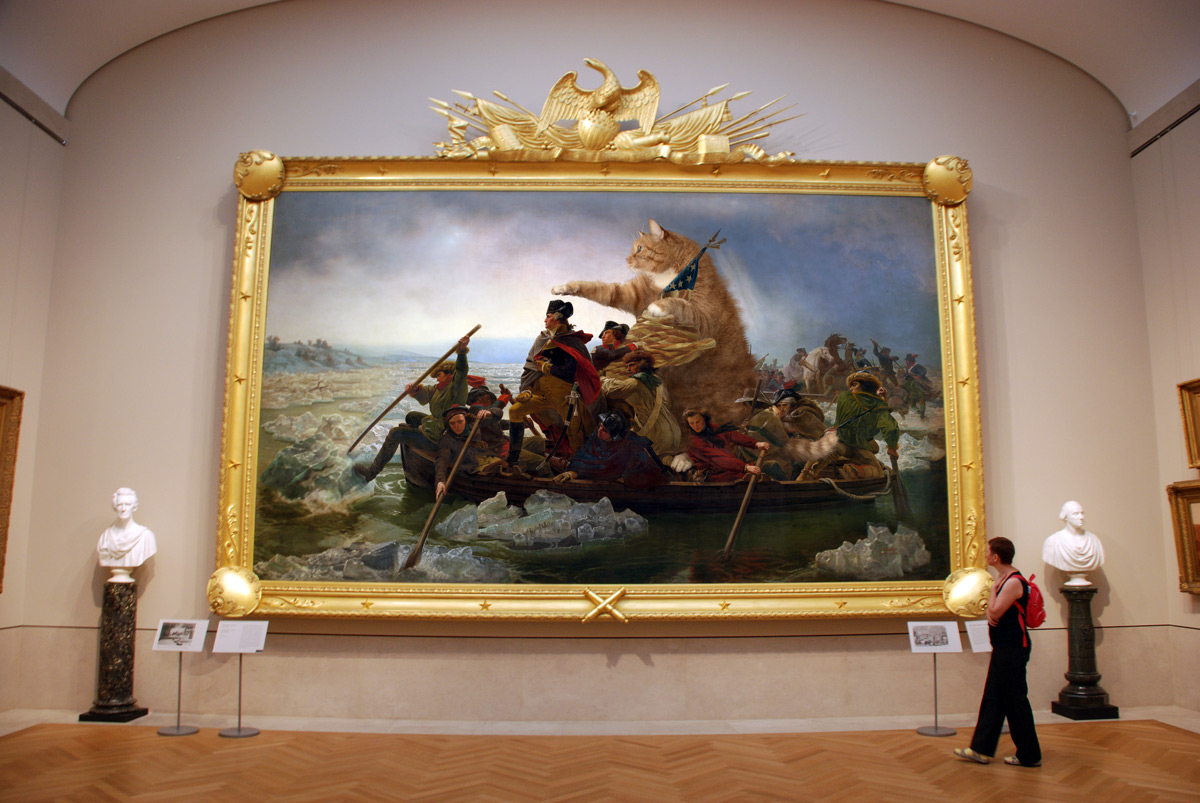 Emanuel Leutze’s “Washington Crossing the Delaware”’s catified version at the secret room, thanks to  Adavyd

Keep your children apart from too zealous carers and be happy!

P.S. How cats can be helpful in winter, shows this video of Rudiger the cat that digs out his humans after snowstorm in Canada: