A Ginger Cat and a Red Hat

Do you know that Cardinal Richelieu was a devoted cat-lover? In 1642 he had fourteen felines!

They were the only true affection of this pragmatic politician, that is why so much is known about his cats, not only their names. There was Richelieu’ favourite Soumise (means “Submissive” in French, the name just in style of 50 Shades of Grey), ; Mounard le Fougueux, (means “Ardent”, a quarrelsome and capricious cat); Gazette (Richelieu was the publisher of a newspaper with this title); Ludovic le Cruel, a rat-catcher and his Polish mistress Ludoviska; Mimi-Paillon – angora; Felimare, who was striped like a tiger; Rubis sur L’Ongle (scratchy); Serpolet, who liked to sun himself; Pyrame and Thysbe (lovers who slept with paws entwined); Racan and Perruque (means “Wig”), because the two kittens had been born in the wig of an academic called Racan and who put on the wig and went to Richelieu. After a while he began to feel scalp pains and upon lifting the wig he found the two kittens. Richelieu insisted upon taking them! The most famous was Lucifer, a jet black cat called Lucifer, what a choice of name made by a Catholic cardinal! They are his 14 beloved cats to whom they say he even left some of his vast wealth for the continuing care of them.But nobody knows that once he met a 15th cat– Zarathustra. He adored him so much that he was ready to give away his red cardinal’s hat to his cute companion! 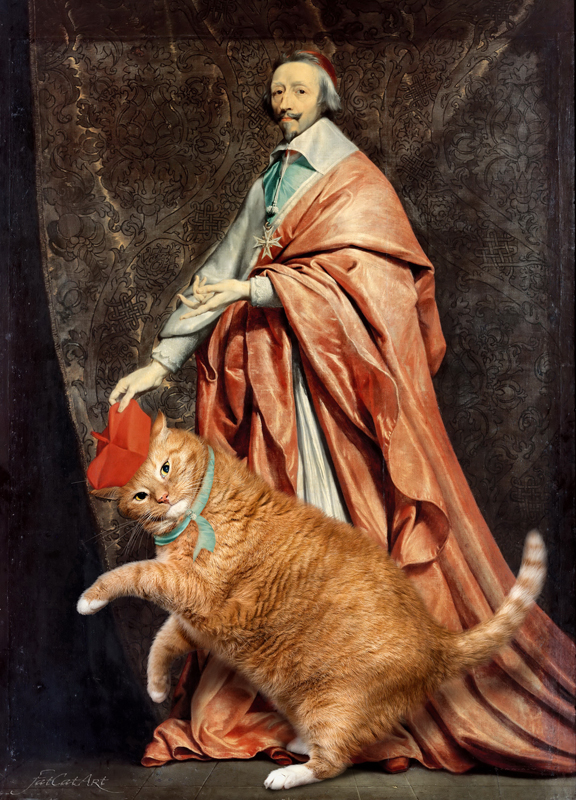 Now you know Who is missing at the commonly known version of the masterpiece to be seen at Louvre: 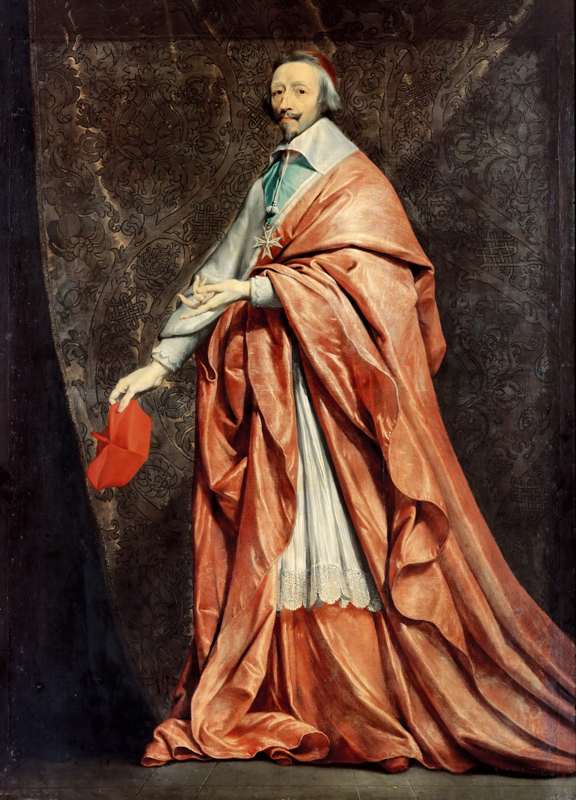