Everybody heard of “The Card Players”, a series of oil paintings by the famous French artist Paul Cézanne, five paintings in the series were known up to this moment on. The versions vary in size and in the number of players depicted.
The most famous are 3 two person paintings, one is in Musée d’Orsay, Paris, other in Courtauld Institute of Art, London, and the third one was bought by the Royal Family of Qatar for a price over $250 million, one of the most expensive work of art ever sold.

Today We are proudly present the fourth never before seen 2 persons players of the famous painting, with Us posed to the great master: 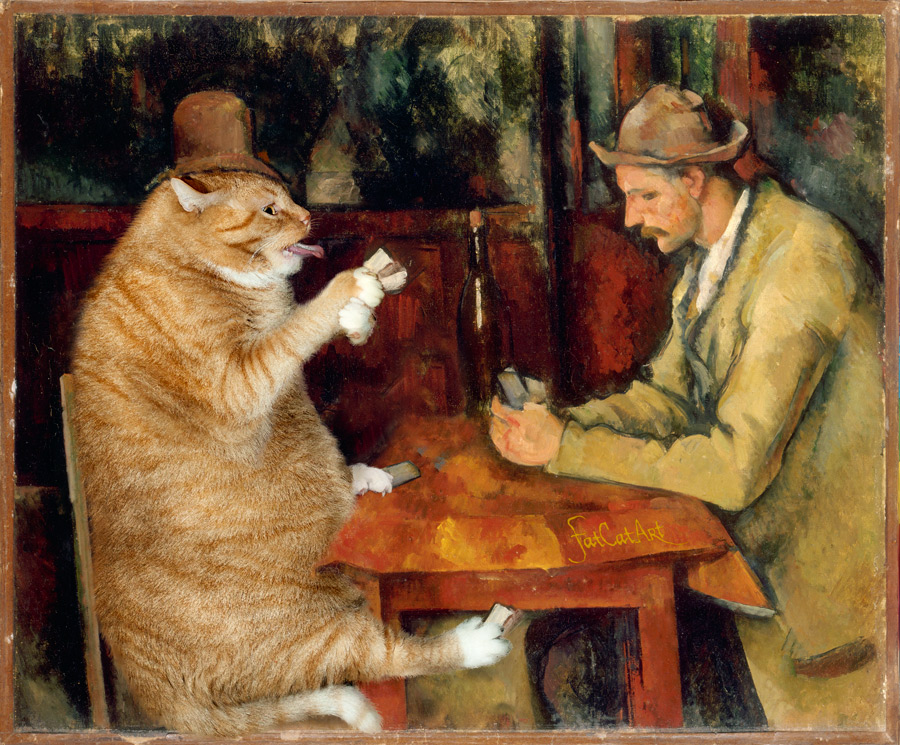 The painting depicts a French peasant playing cards with the fat ginger cat. The game played is called «The Cat Cards» or “The Cat Pocker”, the one rule of it is: «The four legged (or, better to say, handed) player has an advantage and wins»

We see a profound drama of a human vs. a cat. A human is very concentrated and tries to make “poker face”, but what can he do against the more perfect creature, that is winning without any effort, openly mocking at his less lucky adversary.

Some interpreters of this masterpiece are sure that the great painter depicted a miserable fate of an ordinary man in our world ruled by capital, because «a fat cat» means also «an oligarch». But We are more merciful, We just think that Cezanne invited Us to be a model just because he thought that cats are more perfect and capable than humans. 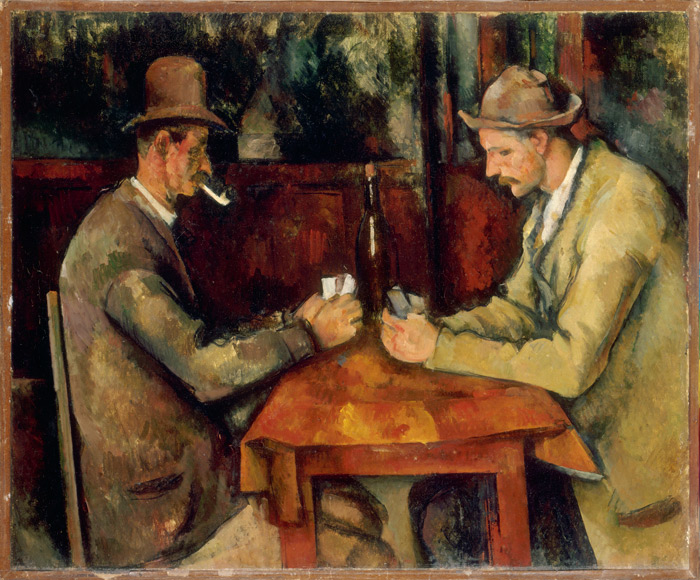 Paul Cézanne, The Card Players, from the collection of Musée d’Orsay

You will not find such a deep multi-meaning drama in this version!

Now, who will give $350 million for Our version to make it definitely the most expensive art work? We promise to give all the money earned to cast charity! The Royal Family of Qatar, or may be, Dmitry Rybolovlev, where are you? Cats need your help!