We, Zarathustra the Cat, were immensely kind to play the role of Bucefal sitting for Roman mosaicists at the House of the Faun in Pompeii. The mosaic shows Alexander the Great fighting in the battle of Issus : 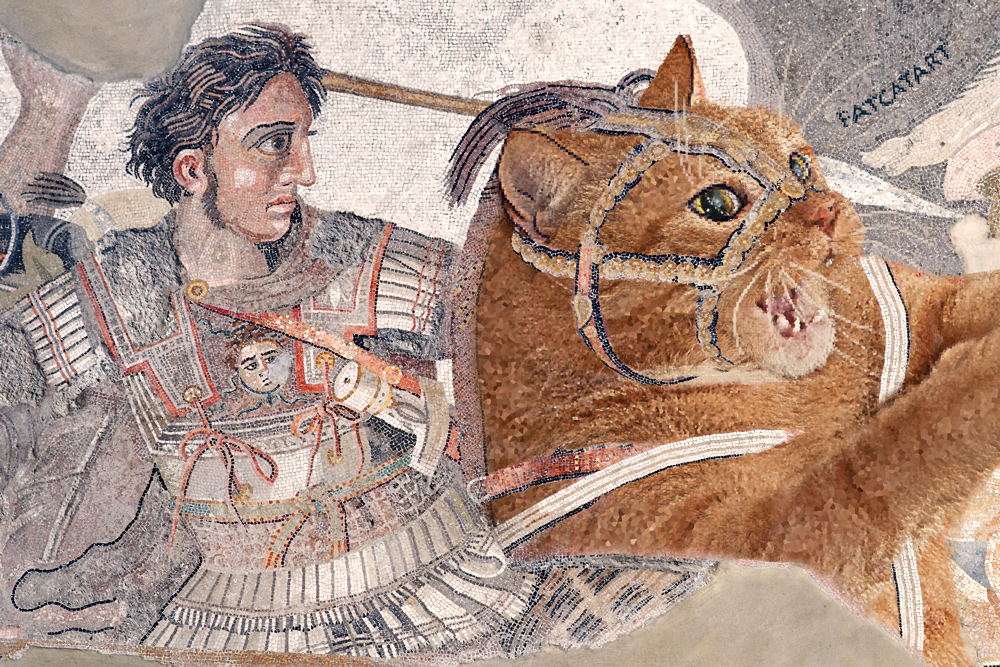 Alexander the Great riding the Fat Cat at the Battle of Issus, mosaics from Pompeii. 100 BC

Not only popular bloggers, but even Roman mosaicists knew: trust your cat and you’ll win the world!

Just compare this true version to the commonly known one, to be found at Naples National Archaeological Museum: 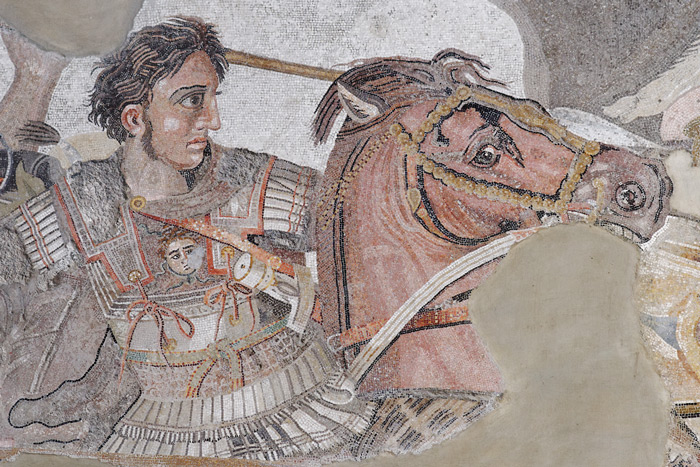 Alexander the Great at the Battle of Issus, from the collection of Naples National Archaeological Museum

How could he win sitting on such a skinny creature?

Only a good fat battle cat can bring you a victory!

Thus speaks Zarathustra the Cat
P.S. This true version of the Alexander the Great at the Battle of Issus mosaics was for the first time revealed in Our book:
Fat Cat Art: Famous Masterpieces Improved by a Ginger Cat with Attitude