I swear by my cat!

The genius El Greco painted one of these devoted male cat lovers, hugging his cat with his left hand: 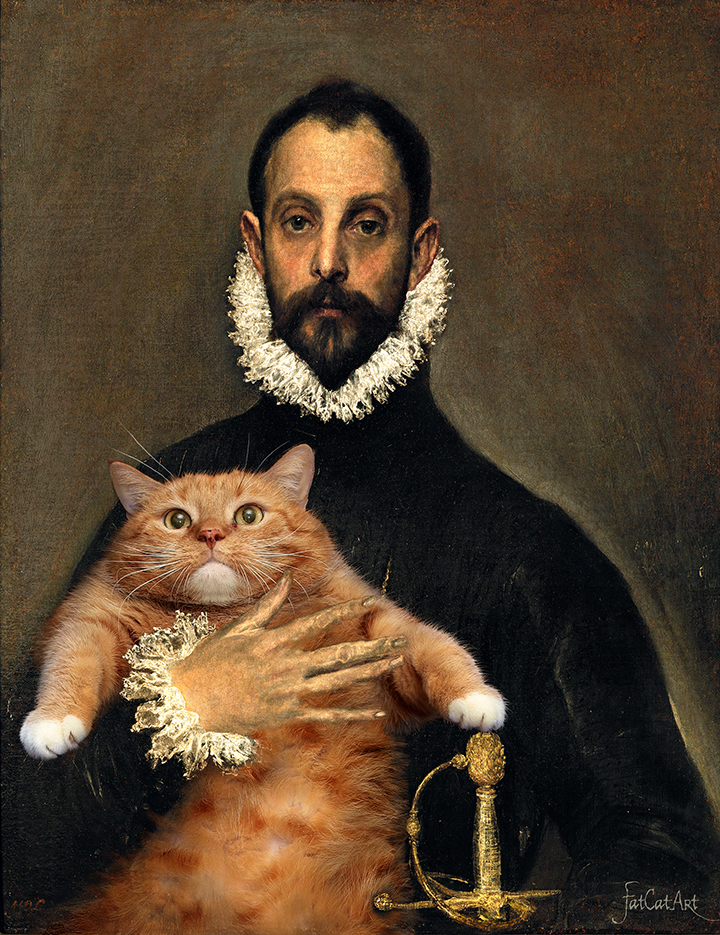 El Greco, The Nobleman with his Cat on his Chest

Some art historians think that the man was one-handed, We don’t see his other hand, although he should definitely support such a heavy cat with it.Others think that it’s the scene of taking an oath because of the position of the knight’s hands. So the fat cat played a role in something sacred, worth taking an oath on. That is true!Just compare Our true version of El Greco’s masterpiece with the commonly known one, at Prado Museum in Madrid, and you’ll see immediately what version is the right one: 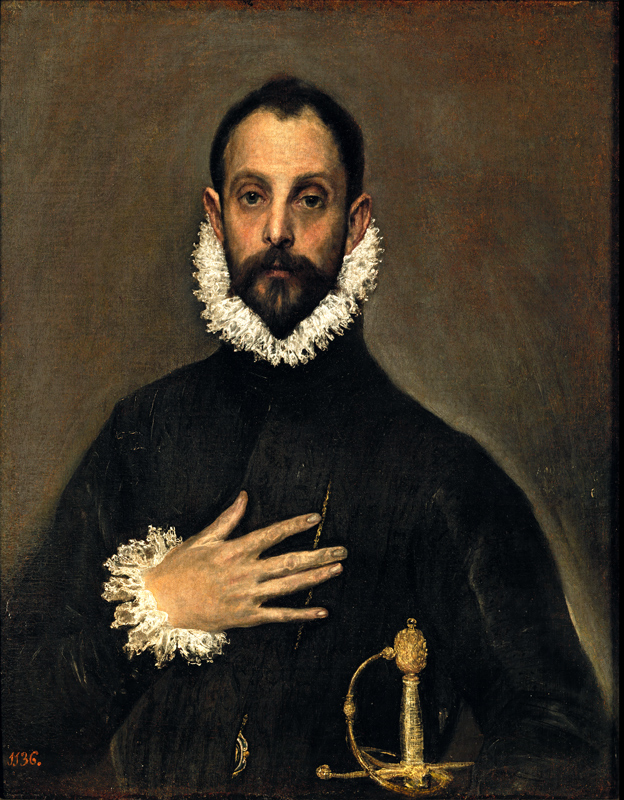 El Greco, The Nobleman with his Hand on his Chest, from Prado Museum’s collection

The true version of El Greco’s masterpiece is evident!