The Burden of an Internet Kitty Fame

Today We present the true version of the central panel of The Haywain triptych by the great Hieronymus Bosch, which appeared to have been “The Catwain”. Five centuries ago, the genius master predicted the destiny of a kitty celebrity in the modern world. The Cat in this painting was then masked by a stack of hay. Otherwise, in those days before the Internet was invented and overloaded by cat images, it would have been impossible to understand the meaning of the masterpiece. The old Flemish proverb says “the world is like a hay cart and everyone takes what he can”. Now, at 21st century We can say: “the world is like an internet kitty and everyone shares his images not crediting him”. 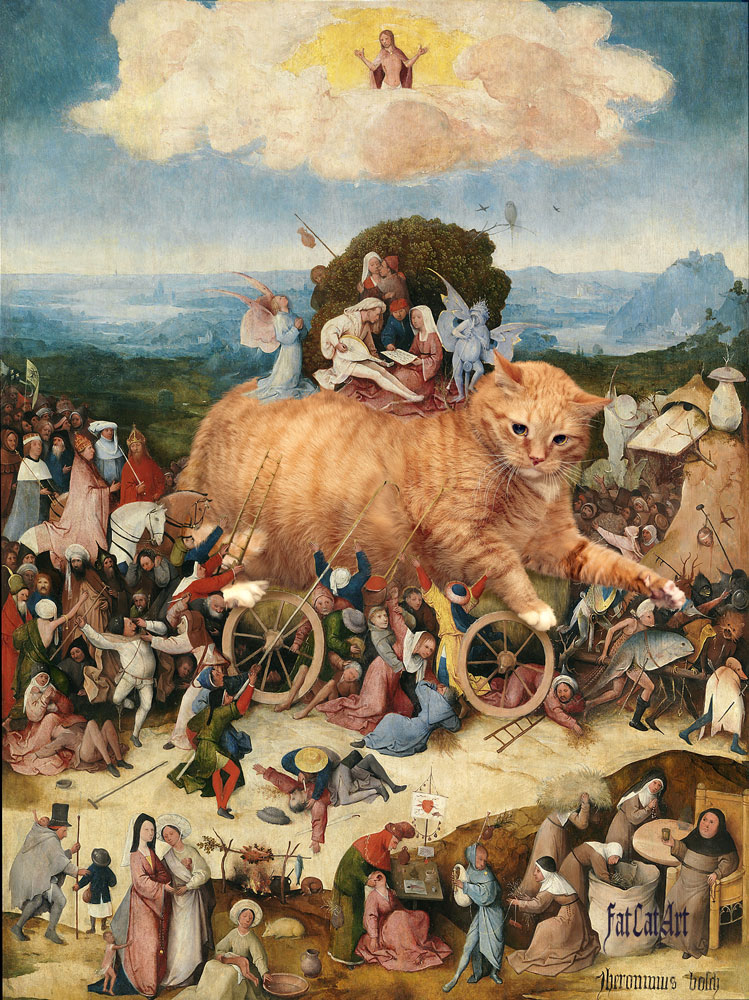 Hieronymus Bosch, The Catwain, or The Burden of an Internet Kitty Fame

Now we see it, everything is clear: a famous internet kitty is being transported to some vanity fair, like Good Morning America or even to the Ellen DeGeneres Show.  He evidently got his glory due to being extremely large, so much so that a wagon is needed to bear him.The wagon is accompanied by a crowd of ignoramuses engaged in a variety of sins, some of them seek to profit from his popularity, selling bootleg T-shirts or phone cases with his images, some of them are making stupid hate comments on Youtube, some just disturb the kitty’s privacy, trying to tickle him by all manner of means, or to take selfies with him (that’s why one can see sticks in their hands). The Cat is definitely confused though he doesn’t forget to try to steal a fishy from some non-attentive person: obviously all this crowd completely forgot his food delivery schedule!A group of ignoramuses make fun of the large cat’s back. Near them, an angel exclaims “OMG!”. His exclamation is addressed to Christ looking down on the scene from the sky. His eyes are full of sorrow: He knows well how popularity can be dangerous for an innocent being!! Just compare this true version to the commonly known one, which is now in Prado Museum 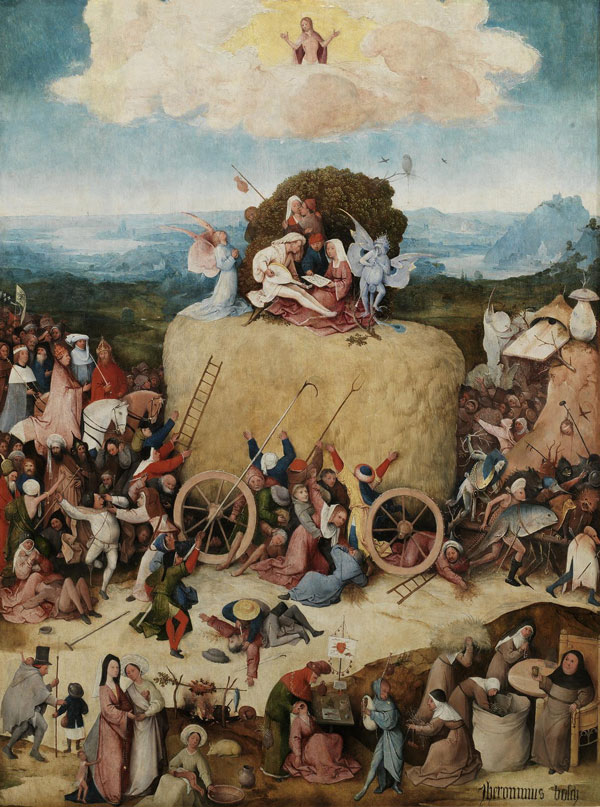 You should agree that the Cat makes the meaning of the painting much more clear for contemporary art lovers!Thus speaks Zarathustra the Cat

P.S. The true version of Hieronymus Bosch’s masterpiece  “The Catwain” was for the first time revealed in Our book: