Abduction of the Fat Cat

Some cats are so beautiful, that humans can even have a severe discussion over which of them will be so honored as to give a home to such a breathtaking feline.

Peter Paul Rubens depicted such a situation in his famous painting: 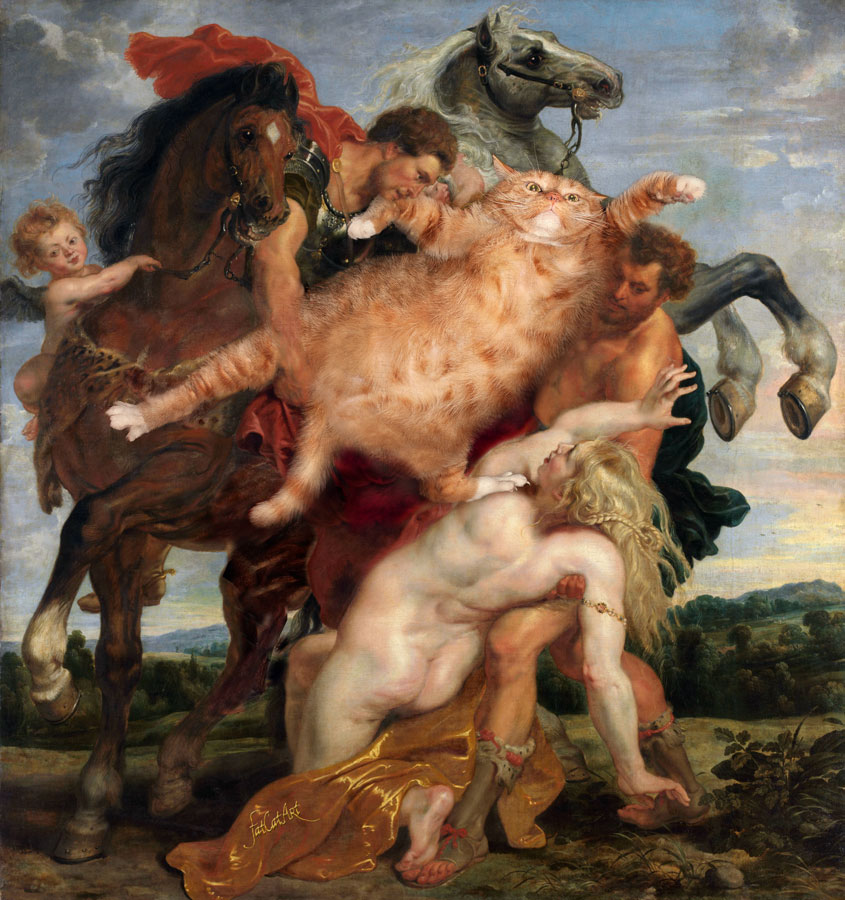 Peter Paul Rubens, The abduction of the Fat Cat from the Daughter of Leucippus

Two guys just grabbed an extremely beautiful fat ginger cat from the back yard of the Daughter of Leucippus’ house. The girl noticed them and ran to save her kitty in such a hurry, that she even had no time to put her clothes on.

Caught at the crime scene, the guys suggested to the girl: “Maybe you also will come to live in our place with this cat?” 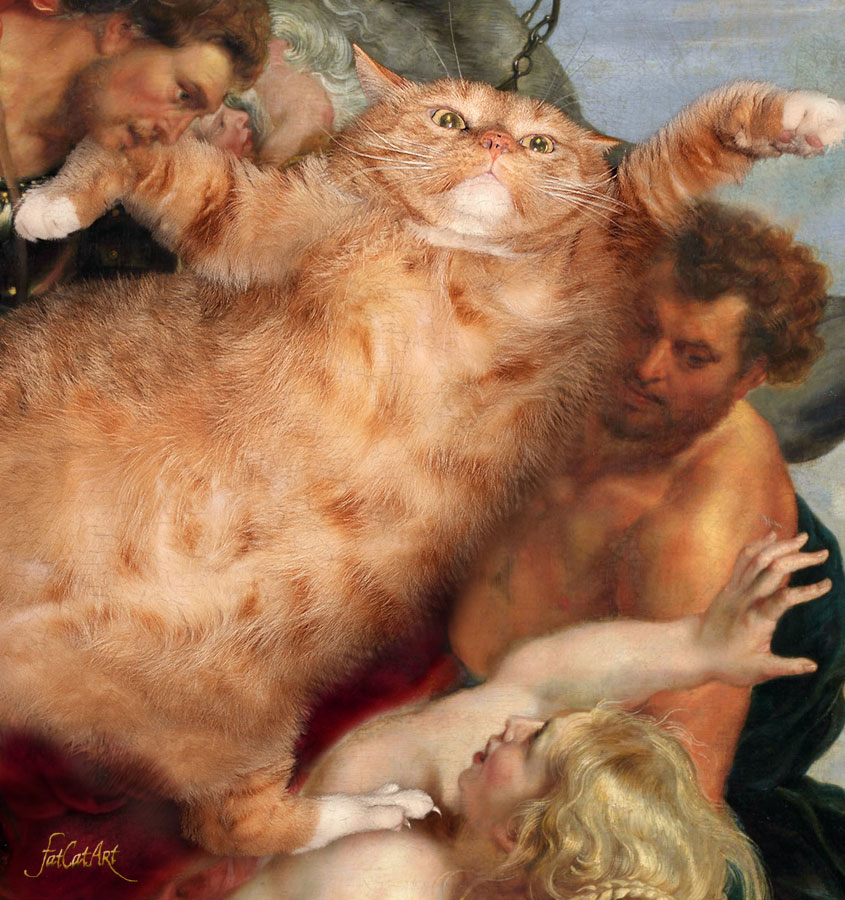 Peter Paul Rubens, The abduction of the Fat Cat from the Daughter of Leucippus, close-up

Please note that the commonly known version of the masterpiece, to be found at Alte Pinakothek in Munich, has way more obscene meaning: 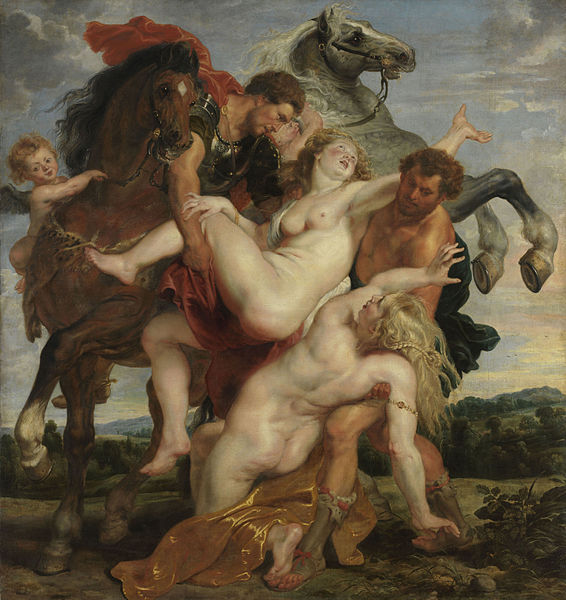 The Rape of the Daughters of Leucippus, from Alte Pinakothek

These 2 guys, Castor and Pollux, are definitely interested not in ginger cats, but in other kinds of pussies!

P.S. This amazing discovery was for the first time revealed in Our book: