Today, at Cosmonautics Day, the day of the first manned space flight made on April 12, 1961 by the Russian cosmonaut Yuri Gagarin, We, Zarathustra the Cat, reveal a mistery behind it:

There was a second pilot in the spacecraft! 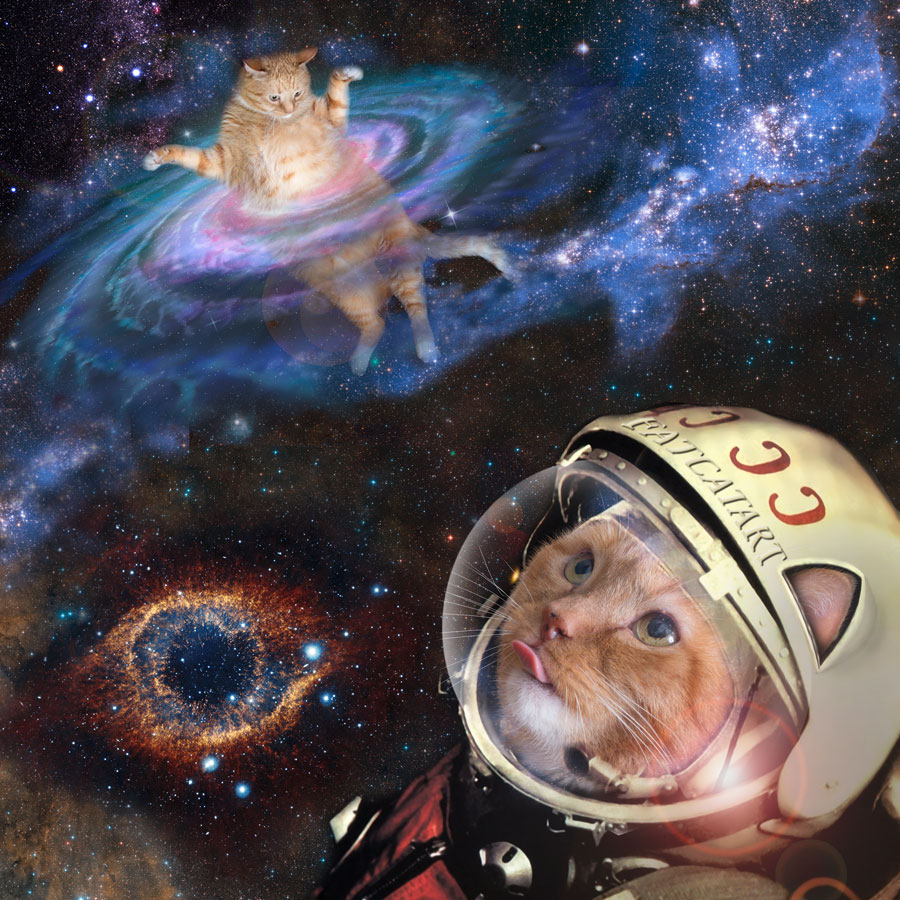 Zarathustra the space cat, at his first flight with Yuri Gagarin

It was in this flight when the true image of the Milky Way Galaxy was revealed: what milk could exist without a cat craving for it!

Thank you NASA and ESO for helping taking pics of the discovery!

BUY THIS ARTWORK as a  POSTER