The Lady of Shalott, floating to Cat-melot

Everybody remembers the sad story of the Lady of Shalott, how it was described by Lord Alfred Tennyson and painted by John William Waterhouse.
But nobody before new that Waterhouse painted a true version of his famous artwork, here it is: 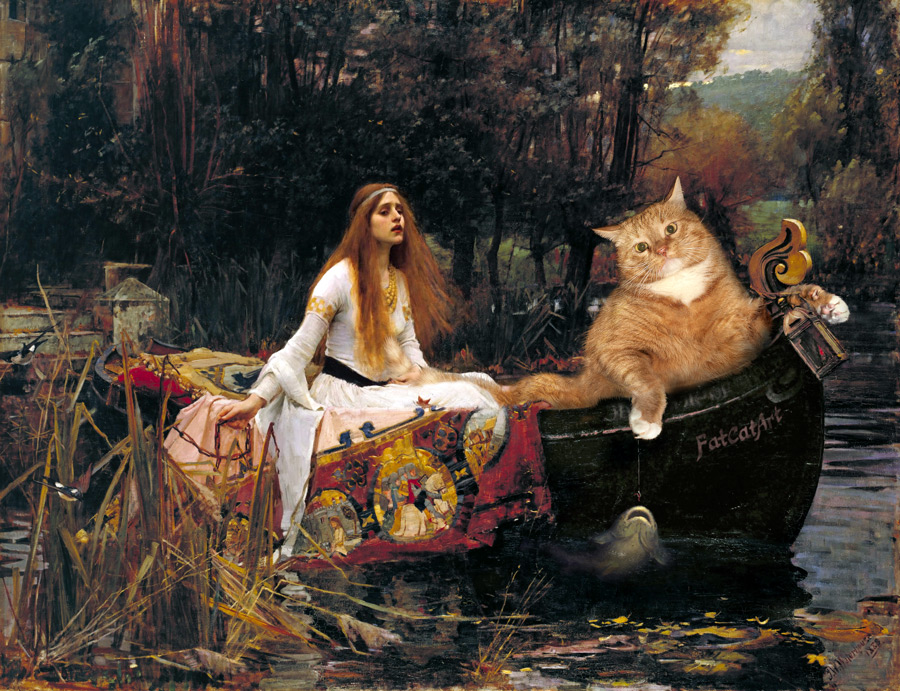 John William Waterhouse, The Lady of Shalott, floating to Cat-melot

The painting depicts the lady in the boat, with the fat ginger cat, sitting in front of her. The kitty’s face shows deep empathy for the doomed woman.
Meanwhile, the cat tries to catch a fish in the river,
thinking that a good portion of tasty food can definitely improve the situation. Shrimps should sauce the catch and save the starving lady. The young woman traces attentively the cat’s efforts of pulling that big fish from the river.

Just compare the true version to the commonly known one, to be found at the Tate Britain 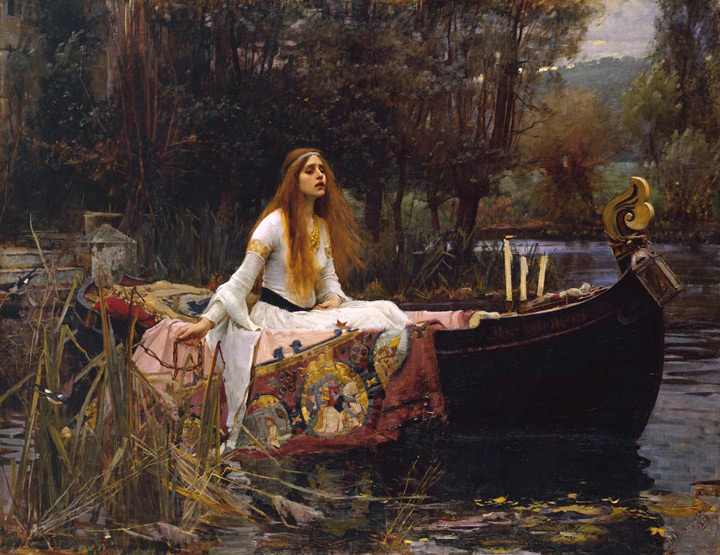 John William Waterhouse, The Lady of Shalott, from the Tate Gallery collection

This version has no hope! Unfortunately, the cat was painted over at the demand of conservative art critics, who complained that the cat image in the picture is just a mockery of the classic poem.

They were wrong: if they would be attentive reading the poem, they would notice that the lady’s problems began when “she left the web”, in which the woman, staying in her home, saw “the mirror’s magic sights”. Definitely, she worked at the computer, posting cat images at some page (how otherwise we could understand that she weaves in the web what she sees in the magic mirror? Evidently she sees a lot of kittens on her screen, everybody knows that the Internet is made of cats!). Now everything becomes clear: the lady saw so many cats online that she decided to adopt one IRL. So she left her room and took her boat for Cat-melot, but the way was so long and she forgot to take a dinner in a hurry while leaving, thus she died from starving, poor girl! But Waterhouse suggested a happy end to the story in the original version of his masterpiece: the lady is adopted by the fat ginger cat who saves her life by feeding her a fish. It is not a mockery, it is mercy!

We and you, we both know that hugging a warm fluffy cat and having a good dinner is the best medication for depression!