The Abduction of Europa

We think no lady would mind being abducted by such a soft large cat, as large as the mythic bull! 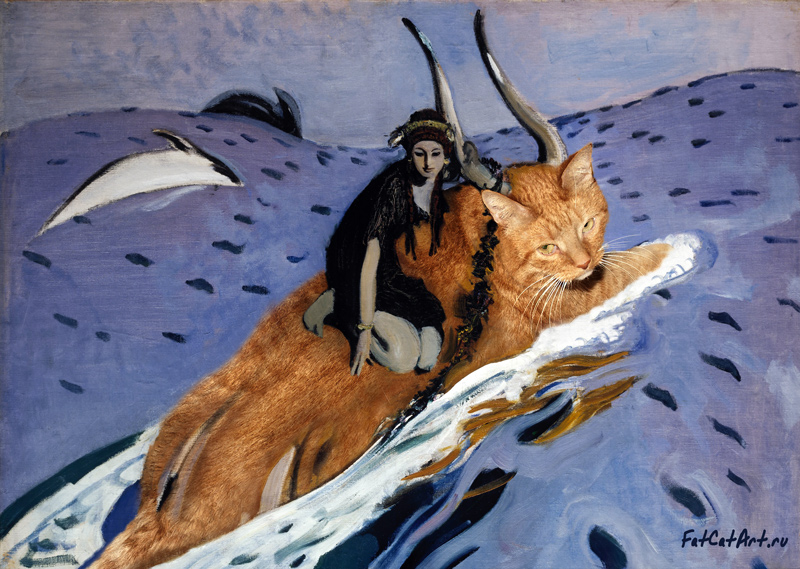 Please notice, that the cat bull’s horns take on the shape of a lyre.
Thus, the master, Valentin Serov, emphasized Our close relations with Arrrt

As the Cat at the painting looks wise and is evidently relieved of his animal desires, the word “rape” sounds a bit too hard for the title of this dreamlike journey of 2 loving hearts

But the commonly known version of the masterpiece, to be seen at the Tretyakov Gallery in Moscow , is exhibited under this title: 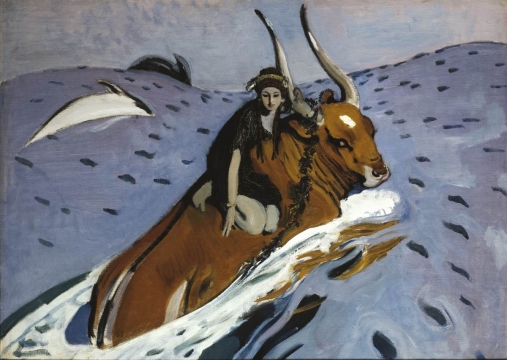 The Rape of Europa, from the Tretyakov Gallery collection

The bull, to his honour, looks also too peaceful. But the original painting, featuring the cat instead, definitely should be renamed into “The Escape of Europe”!

P.S. This amazing discovery was for the first time revieled in Our book:

Do you and your cat and art loving friends have it already?