The Cat and Cows

Once he met Us, the large cat, he immediately fell in love and gave Us as much space in his landscape that he felt We deserved. 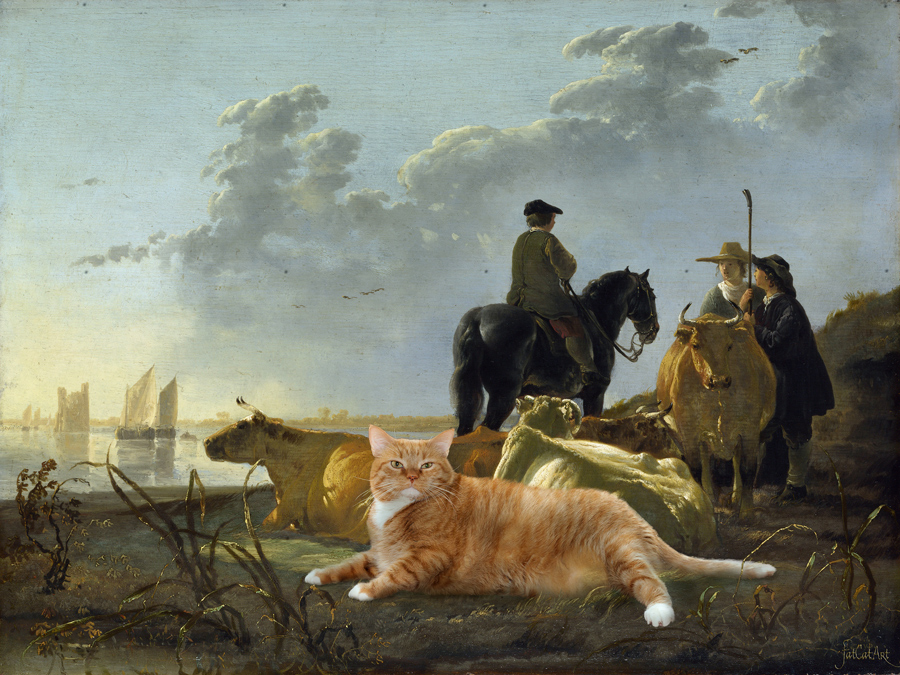 Aelbert Cuyp. Peasants with Four Cows and One Cat by the River Merwede

Just compare the true version of this painting above to the commonly known version to be seen at the National Gallery in London: 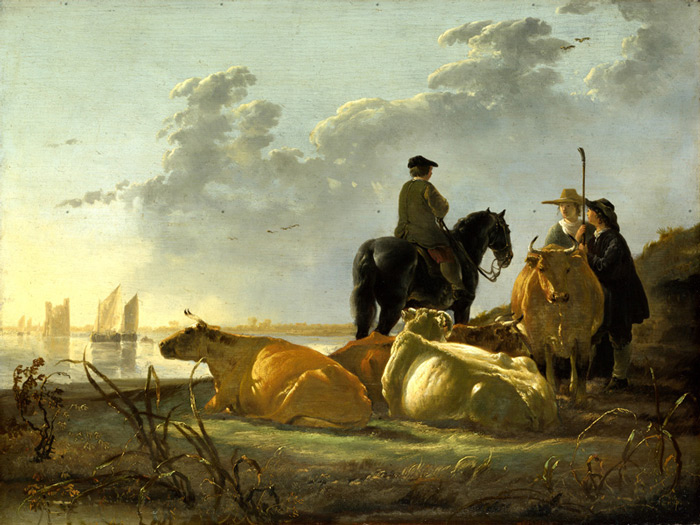 Where is the justice, who would enjoy milk and creme without Us?

Thank you, Aelbert, now We can get as much fresh milk as We deserve at the true version of your masterpiece!