Cats are the true overlords

Cats are the true overlords, it is obvious nowadays, but was not in 1857, when nobody knew about the Internet and when Jean-François Millet completed his famous painting “The Gleaners”.
The painting caused a lot of controversy at the time, because it showed peasants not working for some upper-class twits but for the true overlords of every human, whether rich or poor: their cats 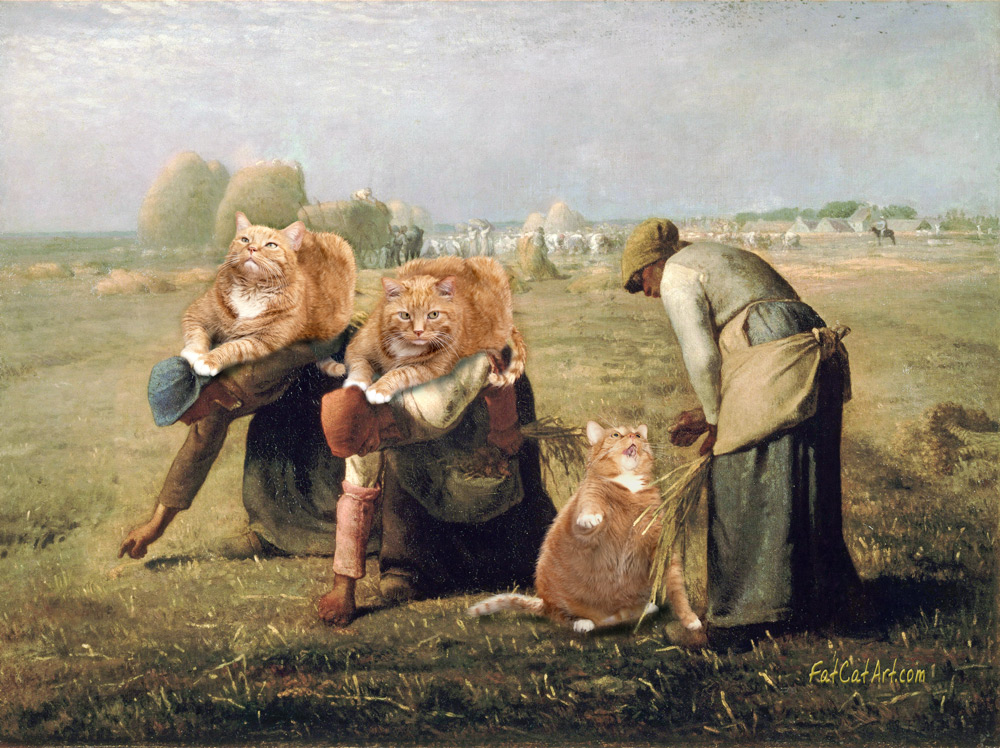 Jean-Franсois Millet, The Gleaners, or Cute Overload of Overlords

The painting shows that working for cats is not easy for such simple beings as  humans are. This service is way higher than the everyday duties of earning their living that befall humans. This may look like a burden, but it actually enlightens the human mind and warms the heart. And if one of these humans does not  make enough effort to make her overlord happy, the overlord will tell her grandly: “Just stop this rubbish gleaning that you are doing now, go and get me a shrimp! Immediately!”

No surprise at all that this revolutionary and innovative painting was hidden for more than a century!

Just compare it to the commonly known version at Musee d’Orsay: 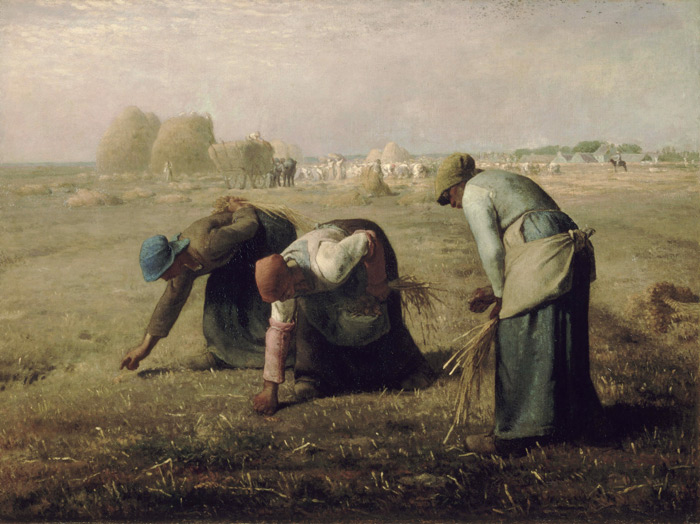 The true version is just a cute overload of overlords!