Every fisherman in Atlantics should know about the danger of the ginger fog. If you got a great catch in your boat, your task is to deliver it safely to the main ship before SUDDENLY the ginger fog would cover you and steal all your fish.

The great American artist Winslow Homer, who depicted the hard life of fishermen of Maine, one asked Us to sit for him while he painted his famous “The fog warning”: 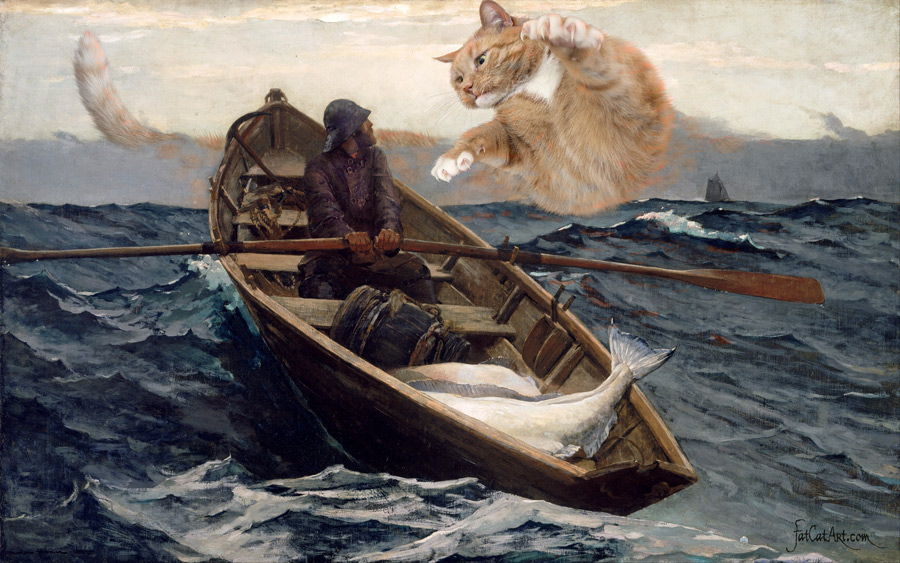 The painting depicts a lone fisherman in a dory who has caught a couple of halibut but now sees the ginger fog blowing up, threatening to cut him off his ship if he would not give at least one fishy to the hungry sea cat.

As you maybe already guessed We were awarded a tasty halibut steak for Our dramatic pose.

Just compare this true version to the commonly known one, to be seen at the Museum of Fine Arts, Boston: 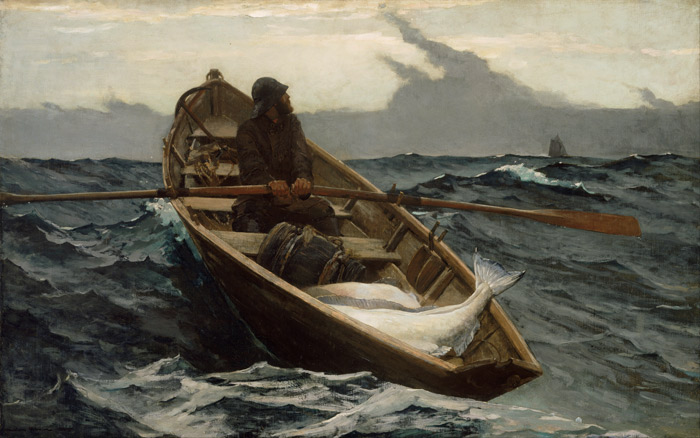 Winslow Homer, The Fog Warning, from the Museum of Fine Arts, Boston

The true version is way more thrilling, isn’t it?

Fishermen of the world, don’t forget to serve tasty fish steaks to the cats, otherwise, you would loose your way home in the ginger fog!