Venus de Milo, but with hands and a cat!

Did you ever notice that there are too many mysteries around Venus de Milo, the famous Ancient Greek statue by Alexandros of Antioch?
Even some parts of it weirdly disappeared after its discovery at 1820!
Having in mind conservative thinking of 19th-century art critics, you can suppose that the reason of some pieces missing is that it was a cat hidden in them! 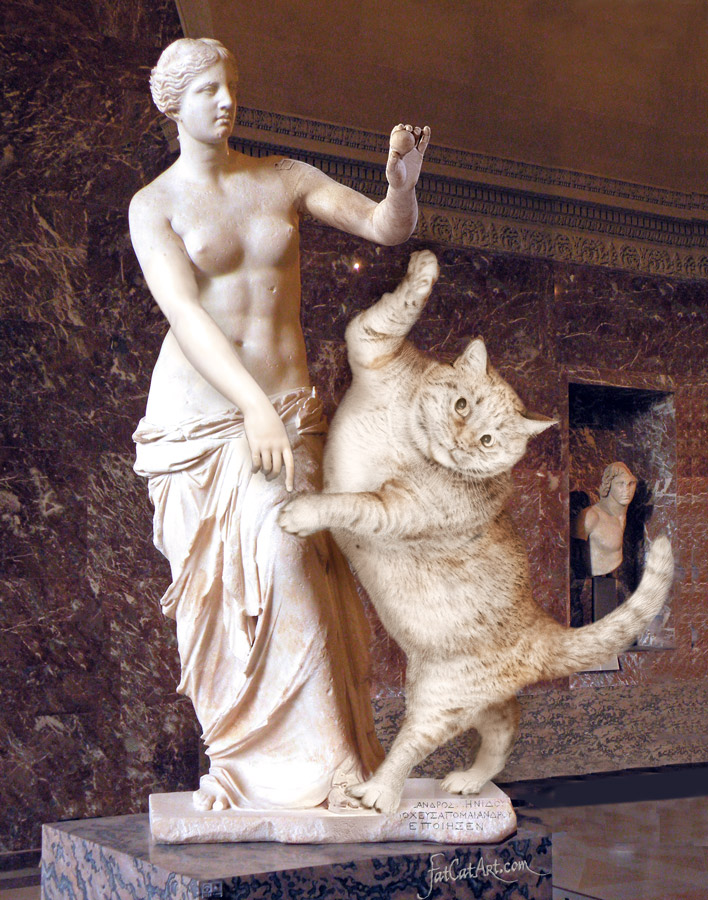 Venus of Milos, true version, with a cat

It is already known, that to attribute it to another, more “prestigious” in mind of these insane critics, author, they removed and hid a part of the plinth of the statue with the name of Alexandros to pretend that it is a work by widely known at that time Praxiteles. They told themselves: “Who is this Alexandros? The inscription should be just later addition! And really, how could we announce to King Louis XVIII that it is not Praxiteles? He will fire us!”. But the evidence of it survived in a drawing of this time and an early description. 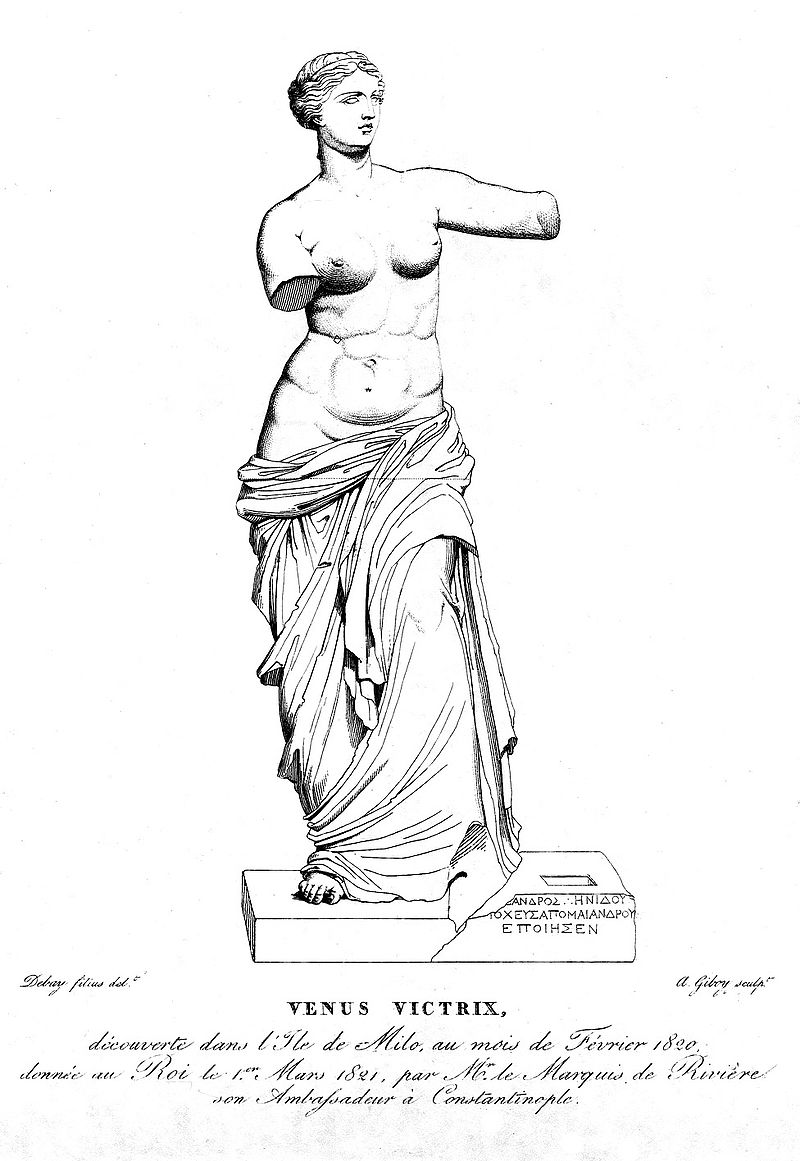 The same story happened with arms: they found parts of arms but decided that it is a later restoration because of the rougher, in their narrow minds, artistry. And they just throw them away, stupid humans! Does this thrilling story of arrogance and stupidity remind you something? If you are an artist, I am sure, yes!

Now it is only known that the left hand held the ball (they think it was an apple), and with the right hand, the goddess caught her falling drapery. But something is still missing, right?

Of course, the cat is missing! Art critics of the time were so arrogant, that couldn’t accept that the masterpiece was created by the master whom they didn’t know and rejected arms of the statue just because they didn’t like their finishing. Can you imagine what would happen to them if they found a cat as a part of the sculpture? Of course, they would reject it and even tell nobody that they saw it!

Now everything goes at its place: Venus (actually, Aphrodite) holds a ball to play with her cat, the cat tries to catch it and occasionally grasps her dress that falls, and the goddess tries to keep it with her other hand. Very natural scene!

Finally, We restored historical truth
You can see the Venus of Milo in Louvre Museum, but, unfortunately, without hand and the cat. 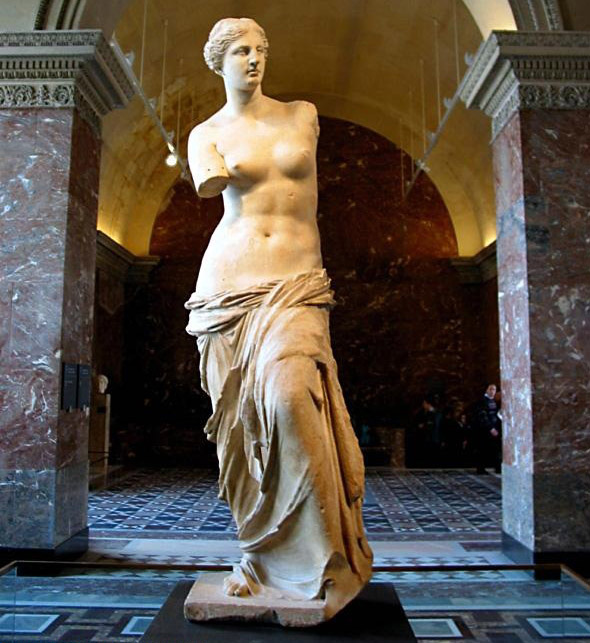 Venus of Milo in Louvre

Friends, beware of narrow-minded art experts! When you see an artwork, just listen to your heart!

Thus speaks Zarathustra the Cat
P.S. Thank you, G Block AP Art History Class, Viewpoint School students and their teacher Julie Jacoby for the suggestion what piece of art needs Our restoration first of all!

And thank you Vitold Muratov for the photo of Venus in Louvre that helped to restore the true version.