Preaching to the birds

We, Zarathustra the Cat, occasionally got a tonsure by the will of gods, or, to be precise, by the will of the vet who performed a little surgery on Our noble head.

We decided to use our new hairstyle for the sake of art and to pose to genius Giotto for his famous painting, depicting St.Francis’ sermon to the birds 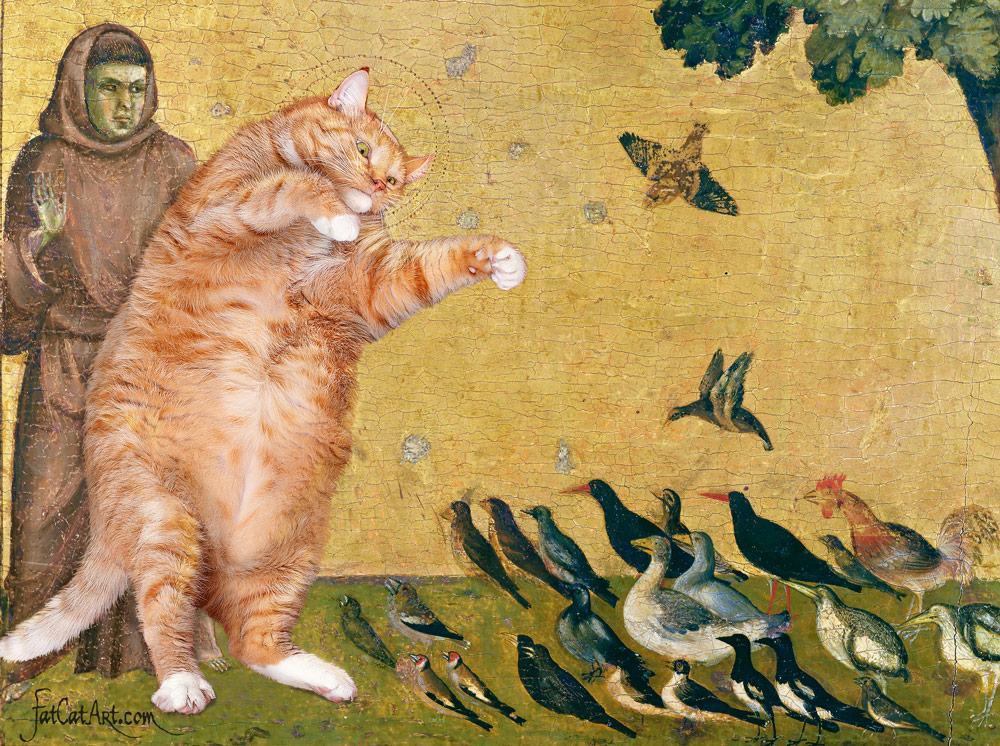 Giotto Di Bondone, The Cat, preaching to the birds, detail

And in its full size: 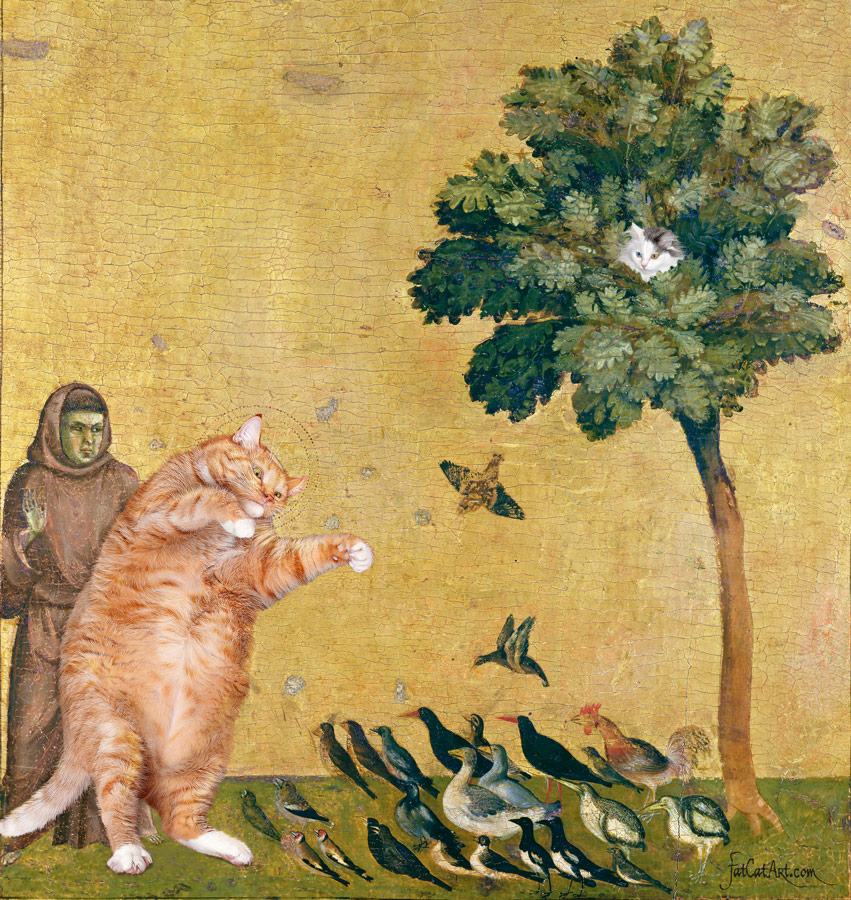 Giotto Di Bondone, The Cat, preaching to the birds

Have a look at the commonly known version of the masterpiece, to be seen at the Louvre museum. 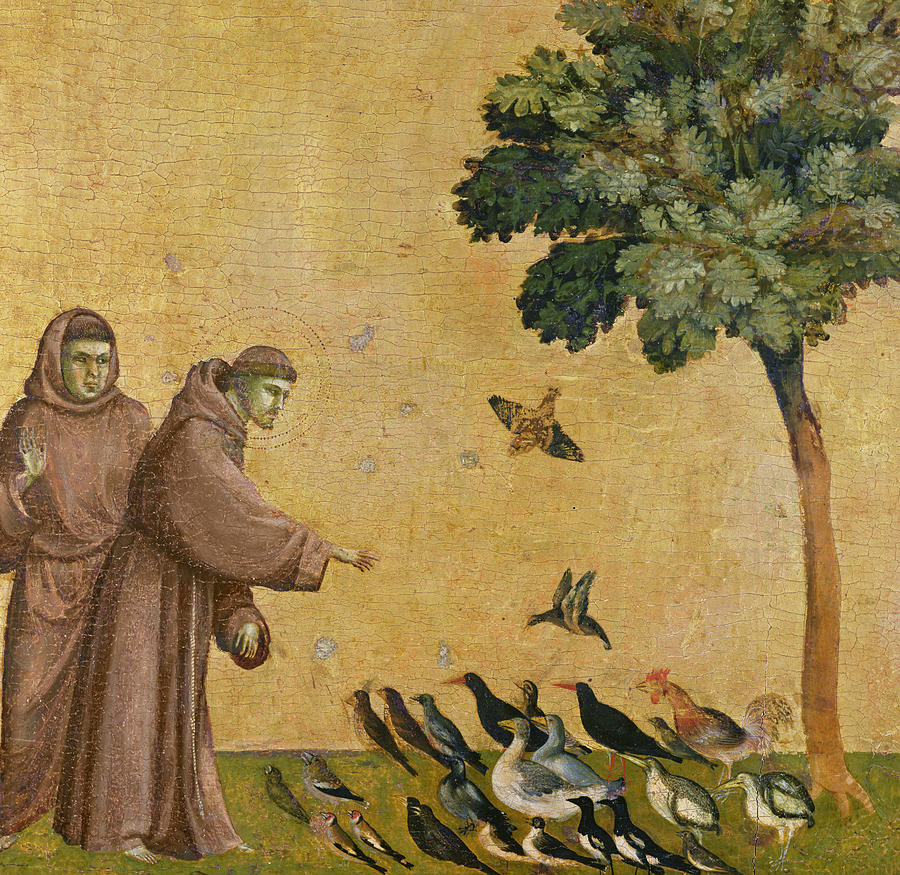 Giotto, St.Francis of Assisi, preaching to the birds, Louvre museum

It is a part of a bigger artwork, “St. Francis of Assisi Receiving the Stigmata” and makes one of the scenes from the saint’s life.

It was a very clever decision of Giotto to paint there a St.Francis disciple, a cat, preaching to the birds.

You know, St.Francis loved animals and used to speak to them. It was so inspiring to show the saint’s feline disciple spreading his word further to other living beings.
But the art critics of the time saw only blasphemy in the artwork, claimed to erase the cat and to draw the human instead of him, and thus weakened Giotto’s statement.

Today We restored the historical truth
And We love to preach to the birds in real life!

Unfortunately, birds prefer to listen to Our speech from the safe distance.
Thus speaks Zarathustra the Cat