Divine ginger stripes, the rose of a pink nose, the heavenly soft belly moving subtly: a sleeping cat is the embodiment of supreme love!

Gustav Klimt knew this, that is why he invited Us to pose for his Danae: 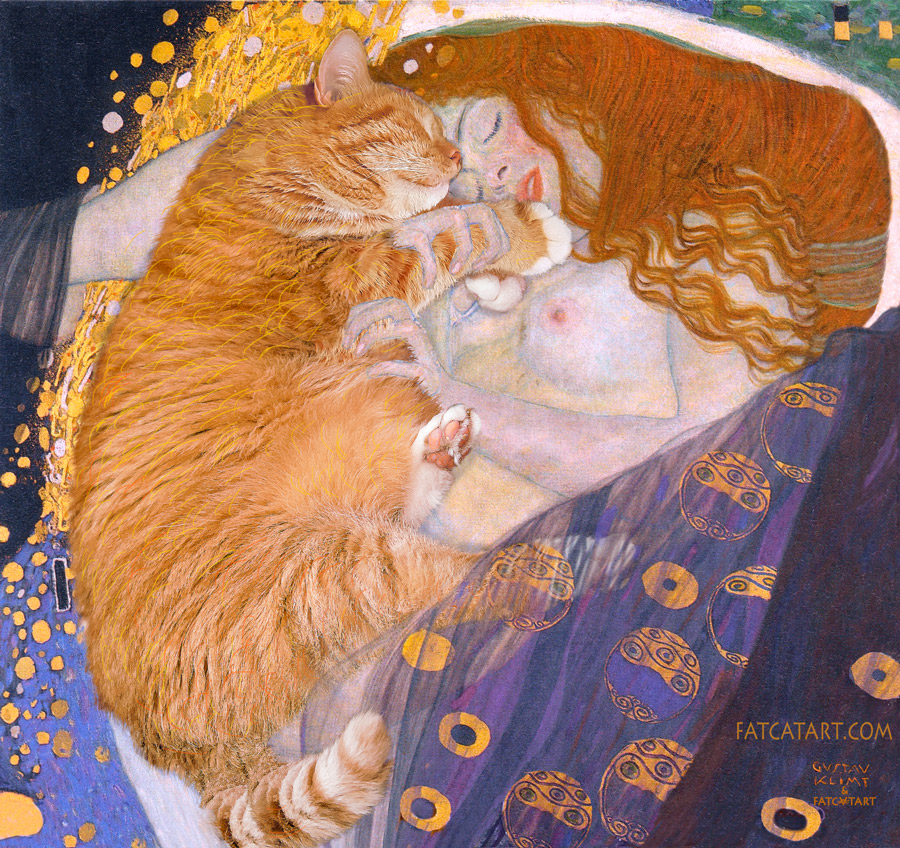 Now you know that when Danae was visited by Zeus, he pretended to be a ginger cat and not the golden rain!

This option is way more successful in getting a modern and emancipated lady’s attention, believe Us, humans!

P.S. You may ask why the ginger cat is missing at the commonly known version of Klimt’s Danae? 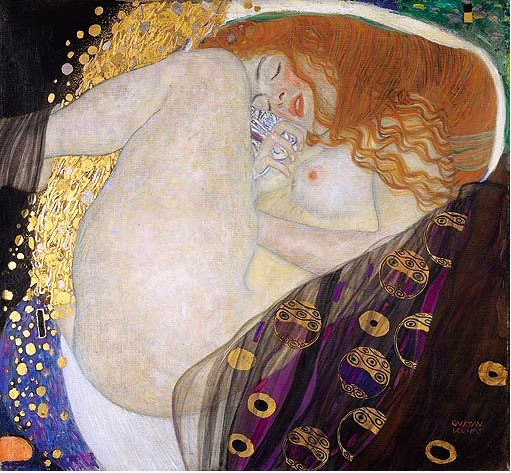 The painting was created in 1907, way far away from women’s equality. So art critics of this time thought that it’s a good idea to seduce a woman with gold.

Or just grab her by the .. hmm… lap or butt. The critics claimed that the artist painted these naked body parts instead of the cat.

So dull! We, cats, know that the best use of these warm places is to sleep on them!