June is flaming if your love is nearby, and you can sink your fingers in the sunny ginger fur and have a nice large siesta after a delicious dinner together with the adorable creature.

We, Zarathustra the Cat, know what are We speaking about. Once Sir Frederic Leighton invited Us to help him with the creation of his masterpiece featuring a lady sleeping in the sun. Her position gave Leighton big trouble; especially since he had difficulty making the angle of her arm look natural, and the model was tired of laying calm.

WhenWe arrived at Sir Frederic’s studio to improve the situation, first of all, We advised the painter to cook a nice seafood dinner featuring a lot of tasty shrimps. We and the model shared it the fair way: We got all the shrimps and the skinny girl who had not a lot of appetites, enjoyed a bottle of good wine. The result was glorious: 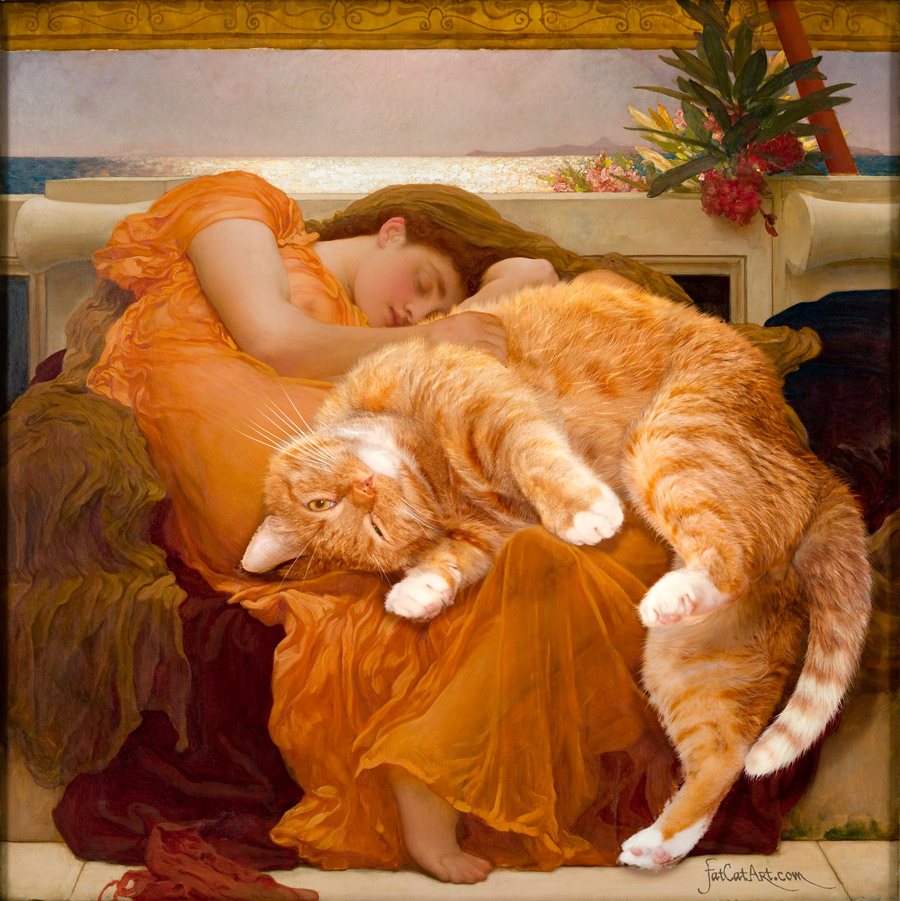 After the tasty and abundant dinner, We had such a good postprandial nap without moving that Sir Frederic had plenty of time to fix all angles he wanted.

Make your model happy, and the public will be happy with your work!

P.S. Please have a look at the trial version of “Flaming June” that is commonly known, to be seen at  Museo de Arte de Ponce, Puerto Rico: 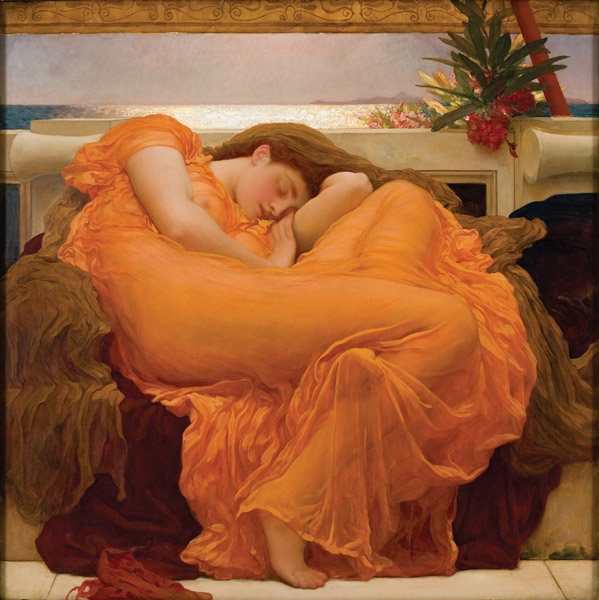 Please tell Us sincerely, what version of the painting makes you happier?