Wanderer and the cat above the sea of fog

Today We, Zarathustra the Cat, unveil the true version of the famous painting “Wanderer above the sea of fog” by German artist Caspar David Friedrich, which has been considered one of the masterpieces of Romanticism and one of its most representative works: 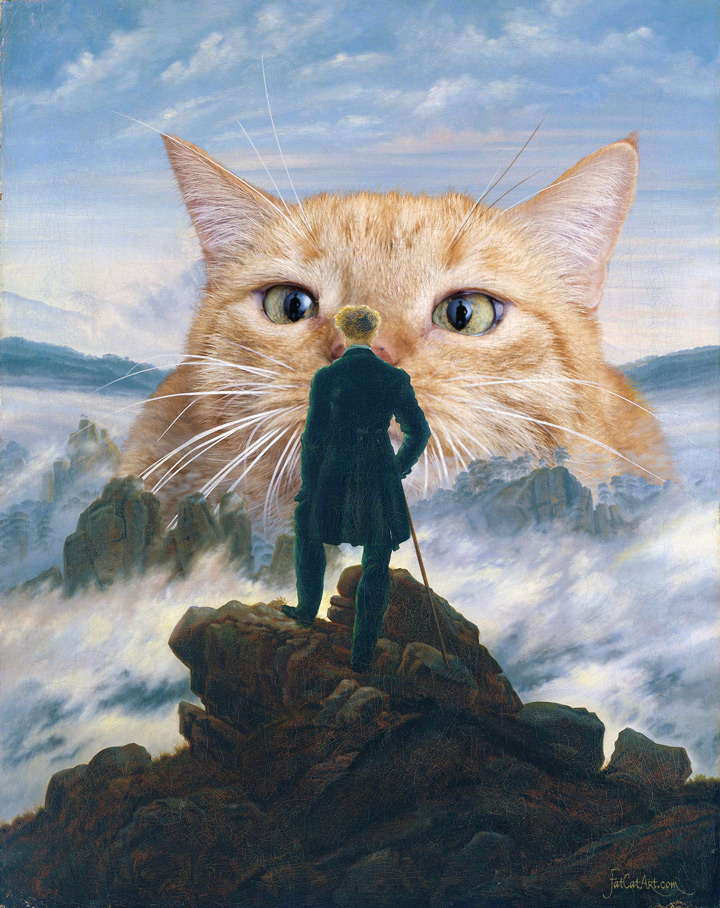 Caspar David Friedrich, Wanderer and the cat above the sea of fog

The message conveyed by the painting is one of Kantian self-reflection, expressed through the wanderer’s gazings into the murkiness of the sea of fog, from where arises a giant ginger cat, staring at the hiker in his turn. In his “Critique of Practical Reason”, Immanuel Kant wrote: “Two things fill the mind with ever new and increasing admiration and awe, the more often and steadily we reflect upon them: the starry heavens above me and the moral law within me”. Nature, the sea of fog and sky, represent heaven, while the giant cat is the embodiment of moral duty which is more significant than an individual.

You should pay attention to the wanderer’s reflection in the cat’s eyes: 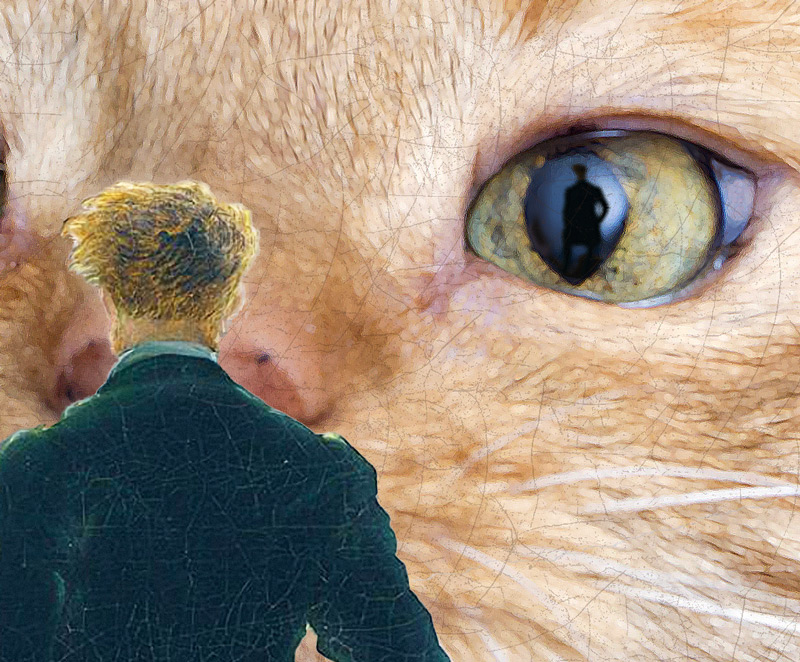 Caspar David Friedrich, Wanderer and the cat above the sea of fog, detail

If you have a look at the commonly known version of the painting in Kunsthalle Hamburg, you will not find such profound reflection on liaisons of microcosm and macrocosm : 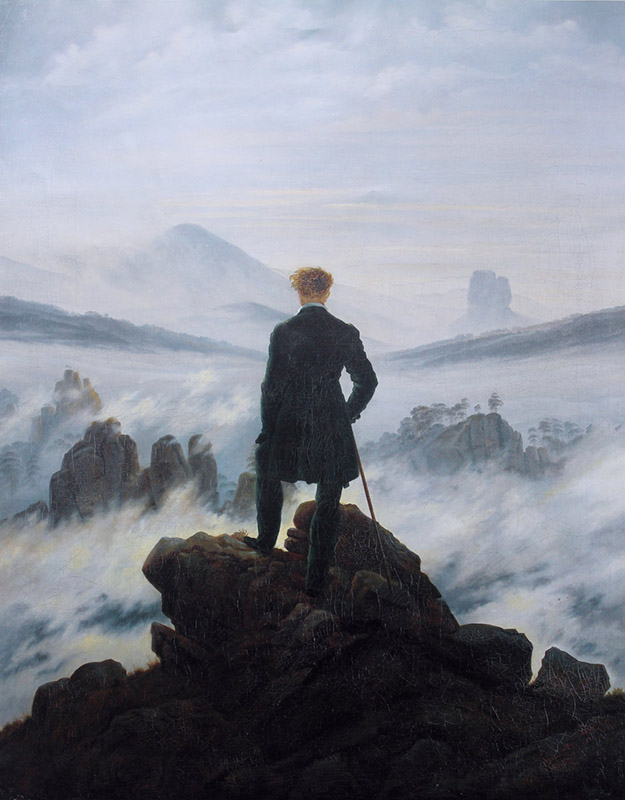 Note, that this unimproved version appeared on the cover of the book “Thus Spake Zarathustra” by Friedrich Nietzsche. We believe this is just a mistake, and We demand to fix it immediately!

It is the moral duty of the publishers!

And you, Our reader, do you know your moral duty? Just go and look into the eyes of your cat, and you will get a revelation!