Today We, Zarathustra the Cat, present you the newly unveiled true version of Vincent van Gogh’s “The Starry Night», which is better to call “The Furry Night» 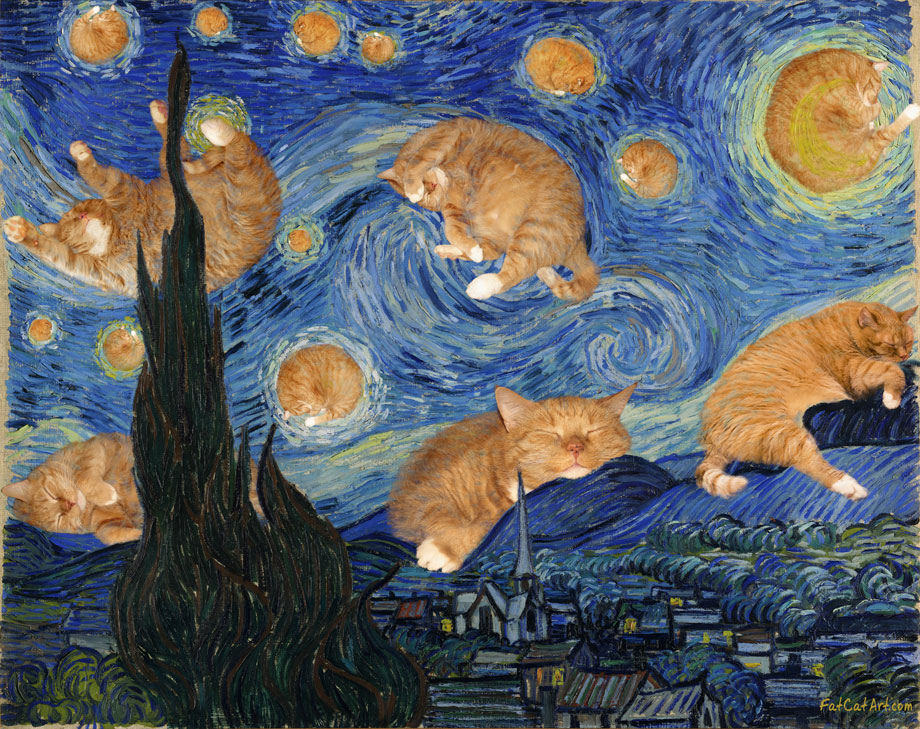 The artist asked us to pose for the painting in 1889, when we worked on his «Irises» 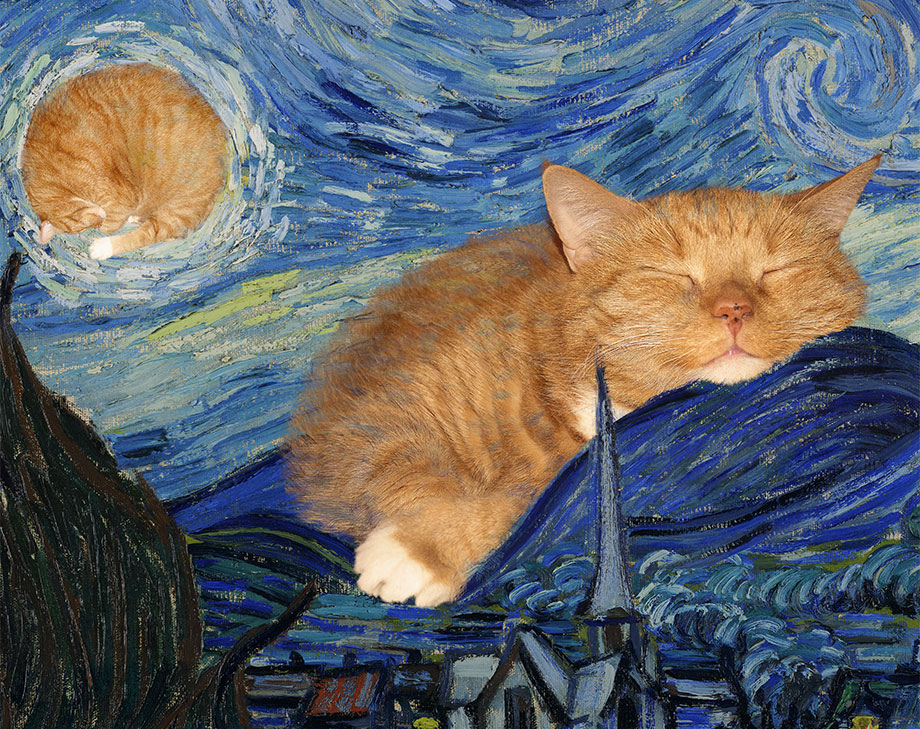 The work was rather exhausting for me: the great master asked Us to attack poisonous flowers severely
We needed a good nap after all Our efforts

Van Gogh loved to watch Us peacefully sleeping, and he became inspired to create a new masterpiece 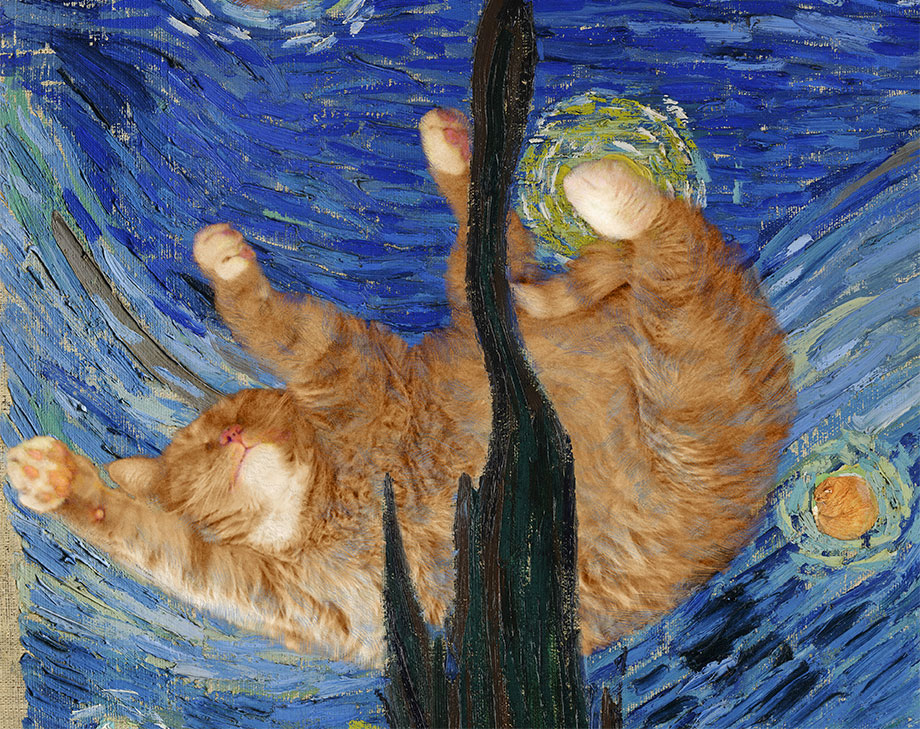 It was an easy job for Us: We did what all cats are doing professionally: napping after a good dinner. And of course, who would pose for the stars? Only We, We are the brightest star! 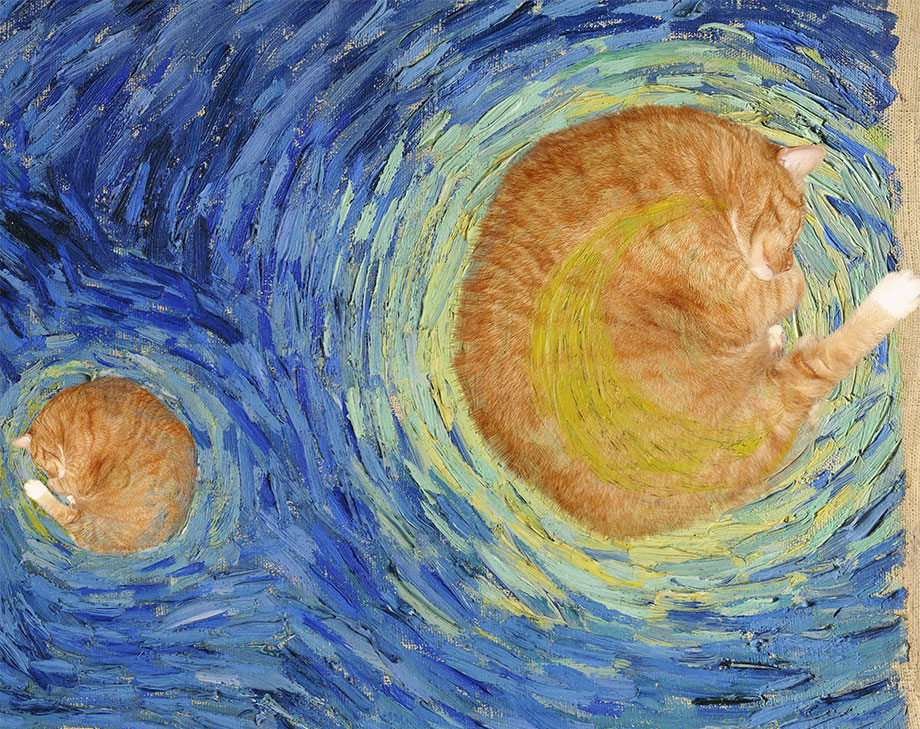 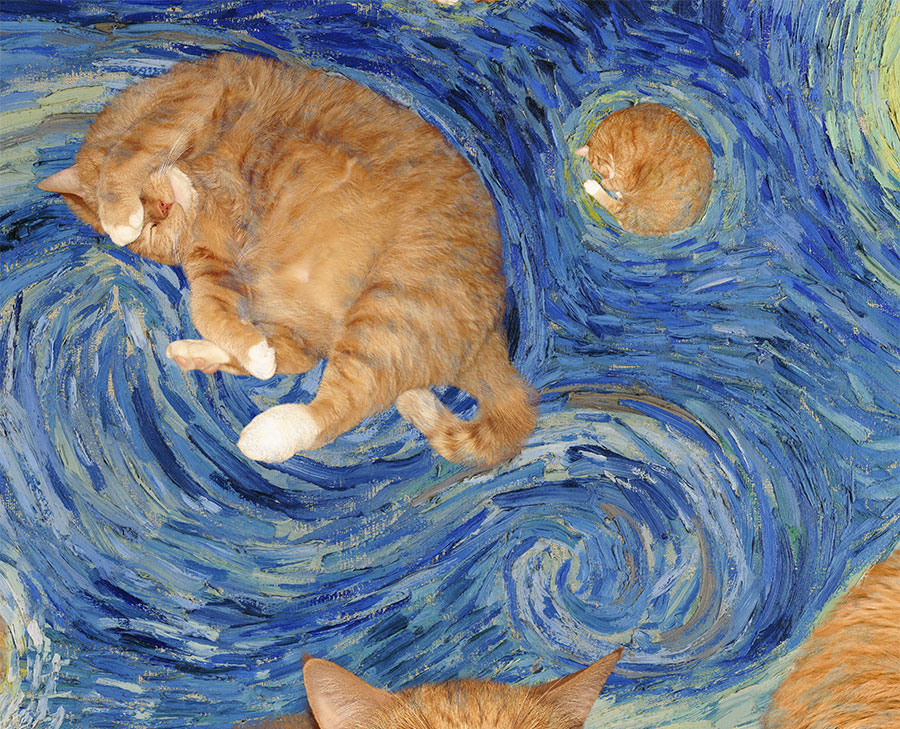 They said, «Vincent, come on, your stars are so fat!” 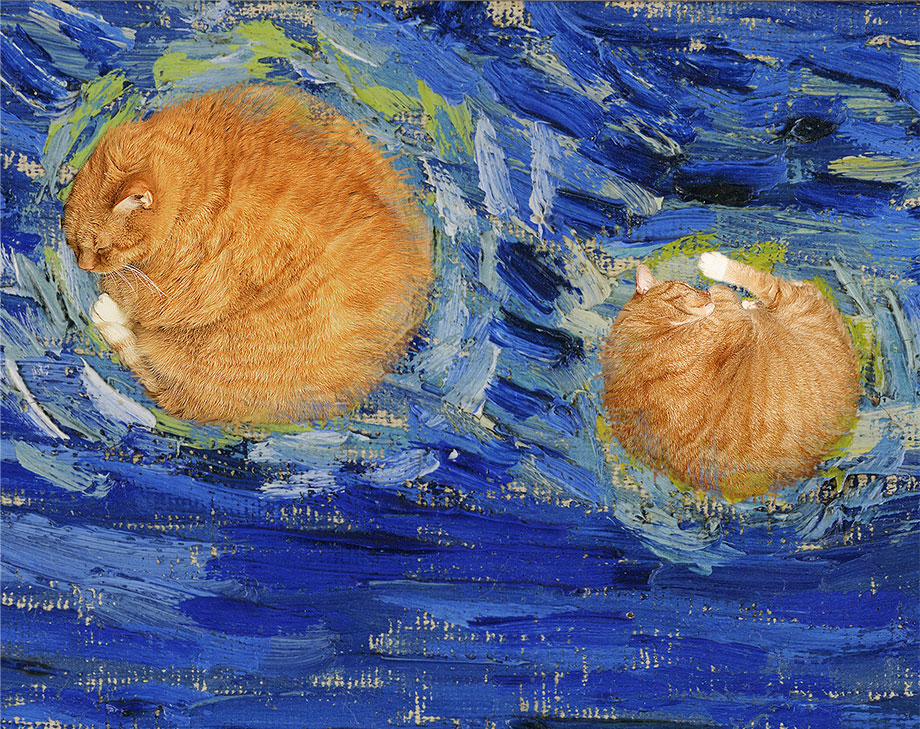 Van Gogh, who was always very sensitive about silly critics, painted the cats over. But he was very unhappy with his decision, that is why in a letter to painter Émile Bernard from late November 1889, Van Gogh referred to the painting as a “failure.»

That is why you don’t see cats at the commonly known version in the Museum of Modern Art, New York 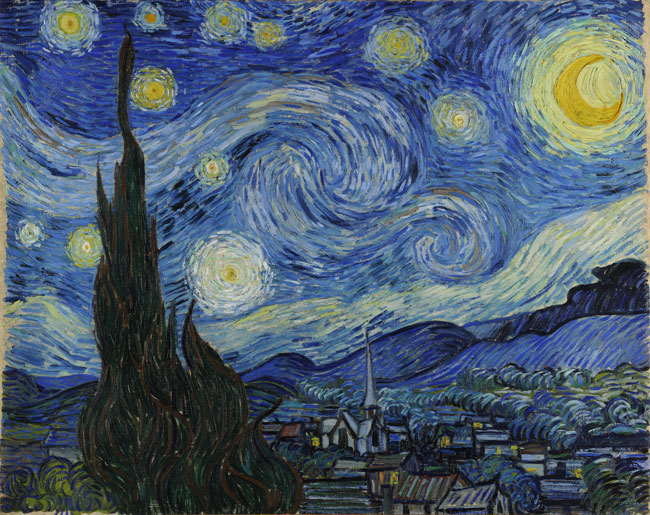 But they have a secret room, where one can see the true version. Just come to the service desk there and ask to show you the version with cats
They will be happy to help you!