Peaceable Kingdom of cats, fishes, shrimps and other animals

“The wolf shall dwell with the lamb, and the leopard shall lie down with the young goat, and the calf and the lion and the fattened calf together; and a little child shall lead them. The cow and the bear shall graze; their young shall lie down together; the fat cat shall hug the fish and play with the shrimp, and shall not eat it” – thus prophet Isaiah described the peaceable kingdom of the Messiah. American Quaker preacher-artist Edward Hicks painted this story sixty-two times during his life: predators and prey lying down together in harmony.
Today We, Zarathustra the Cat, proudly present the new discovered 67th version of the famous painting, that appeared to be the original one: 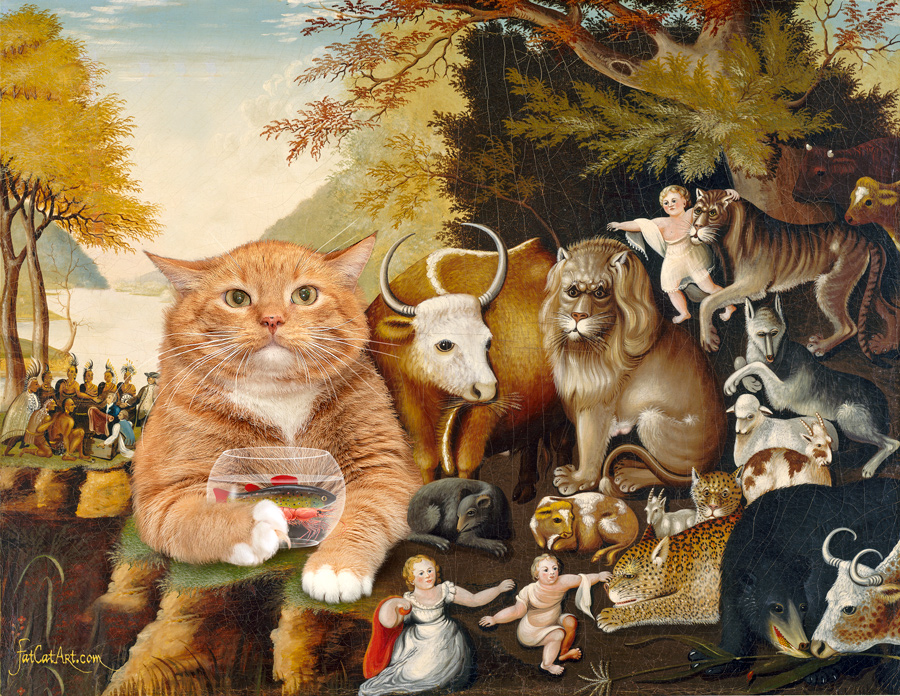 It was really a hard job for us to pose for this painting, but We controlled Ourselves with all Our mighty will. 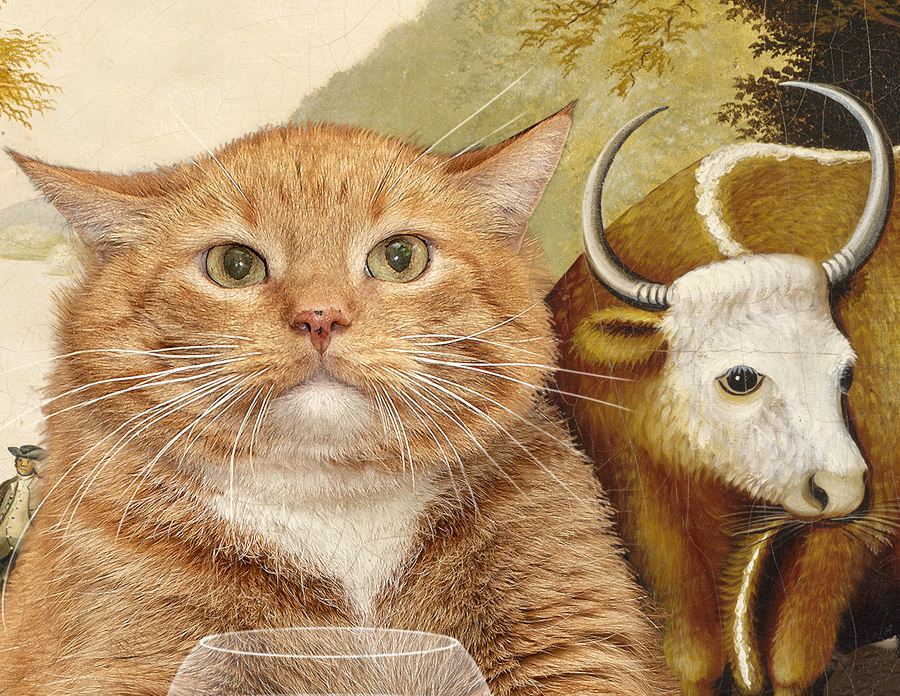 We even saved Our regal snout when the kind artist let the fish and the shrimp float away in the sea after the session. 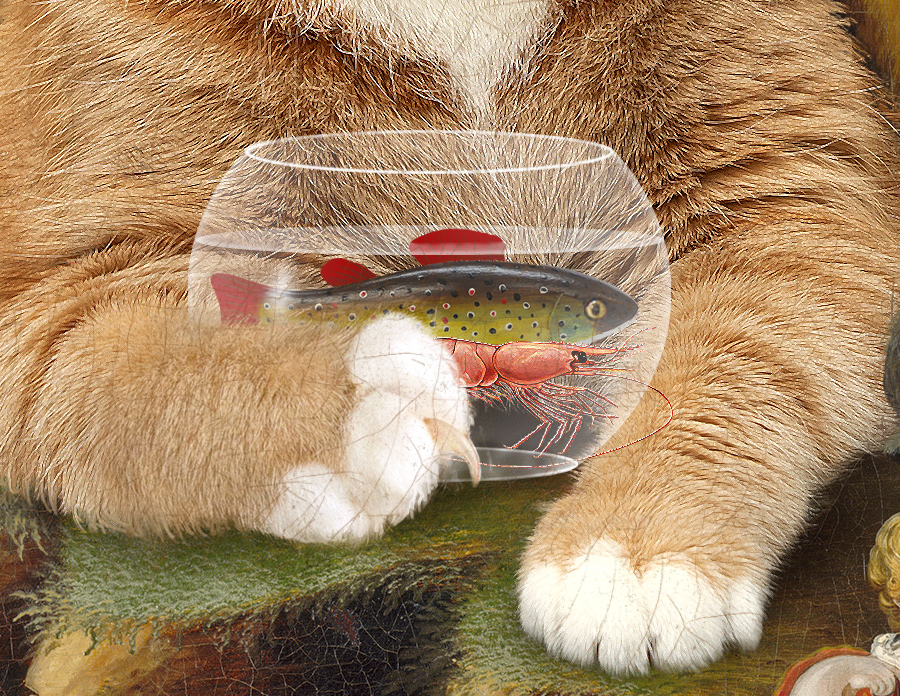 This is the peaceable effect of true art: you don’t feel hungry when you look at the great painting!

P.S. We were rewarded with a nice piece of cheese. No shrimps or fishes were harmed during the making of his painting

Just have a look at one of the commonly known versions of the painting in the National Gallery of Art, Washington 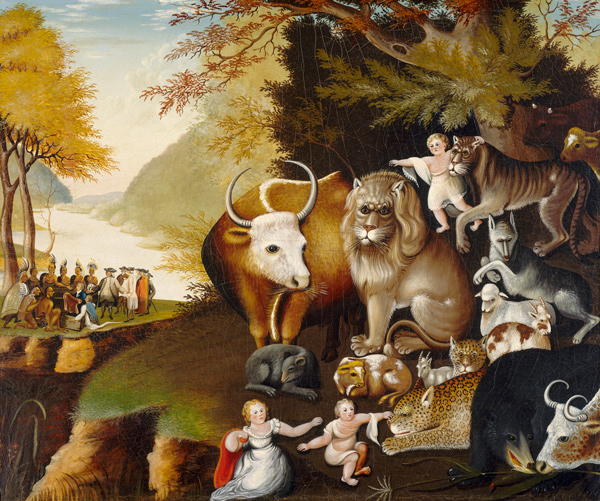 You see immediately, that the bigger picture is needed!