We, Zarathustra the Cat, met Salvador Dali at his age of six when he thought he was a girl and dreamt to become a crazy cat lady. We cherish this moment in Our memory, and the great artist painted it in his masterpiece:

You would ask: why there is a dog in the commonly known version of the painting?

Art critics of his time, you know, they told that it’s too much to when a boy pretends to be a girl and looks for a cute cat instead of a masculine dog. So the artist hid the true version under the shade of the sea where he found Us that day
Now the time changed, and we reveal the true version to the world: 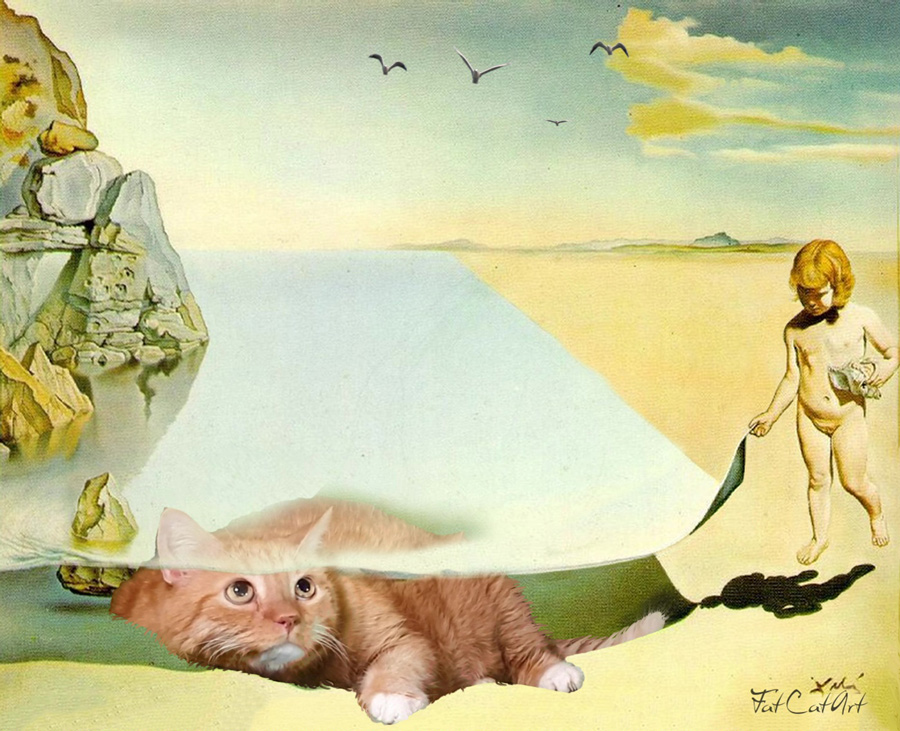 Salvador Dalí at the Age of Six, When He Thought He Was a Girl, Lifting the Skin of the Water to See a Cat Sleeping in the Shade of the Sea

But nevertheless, Dali fulfilled one of his child’s dream and became a crazy cat guy. His most treasured pet was an ocelot called Babou.