The Saviors of the World

The events of the last two months led Us, Zarathustra the Cat, to the significant discovery in the history of art: the true look and the true meaning of the enigmatic “Salvator Mundi” by Leonardo da Vinci. We dedicate Our work to the real saviors of the world today, to the doctors fighting with the treacherous virus: 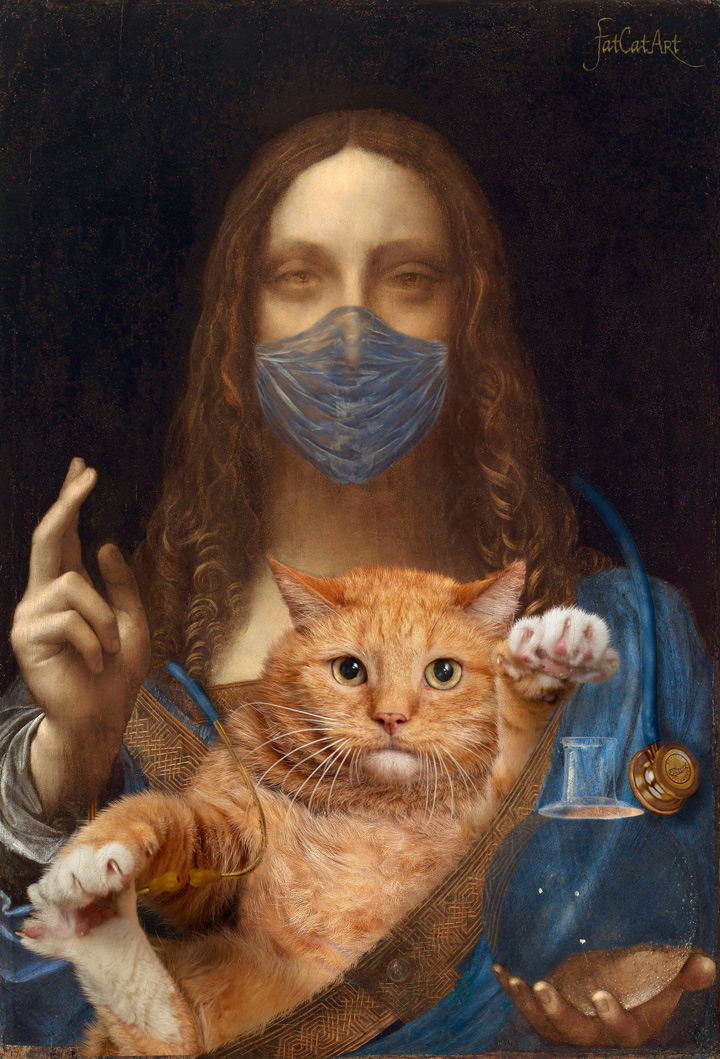 There were a lot of doubts if it is a real Leonardo’s painting, before it was officially authenticated in 2011. The commonly know version looked like this before Our restoration: 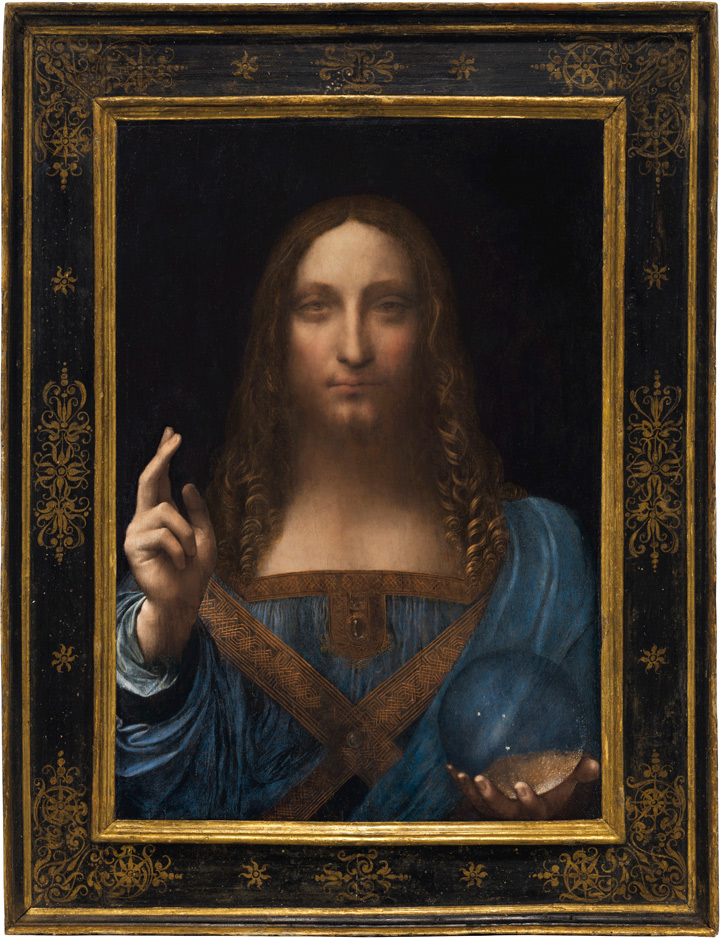 The painting was bought at Christie’s for smashing $450 million by Saudi Arabian prince Badr bin Abdullah for display at the Louvre Abu Dhabi.

The doubts about its authenticity were righteous, the crystal sphere in the hand of Jesus lacks optical exactitude, which is not typical for Leonardo, who was a scientist as well, and studied optics profoundly.

Bur with our restoration, everything went to its place: the sphere is not solid, it’s a receptacle containing a transparent liquid, which should be a vaccine that this world needs so badly these days. And now the vessel is opening: 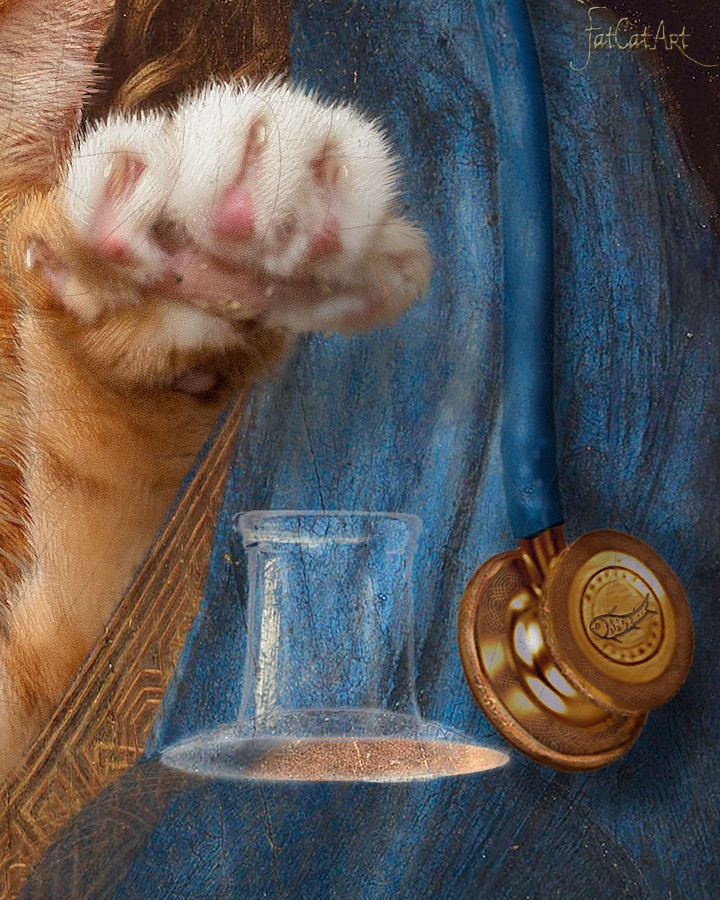 Leonardo da Vinci, Savior of the World with his cat, detail

Please notice a stethoscope, that we found in folds of Jesus’ garment during the restoration. There is a fishy sign on it, not only because We love tuna. Fish was a symbol of Christ at first Christians because the Greek word “ichthys” is an acronym for “Jesus Christ, Son of God, Savior” in Greek.

The central figure in the painting, the fat ginger cat, mirroring Jesus’ look and blessing gesture, was missing at the commonly known version: 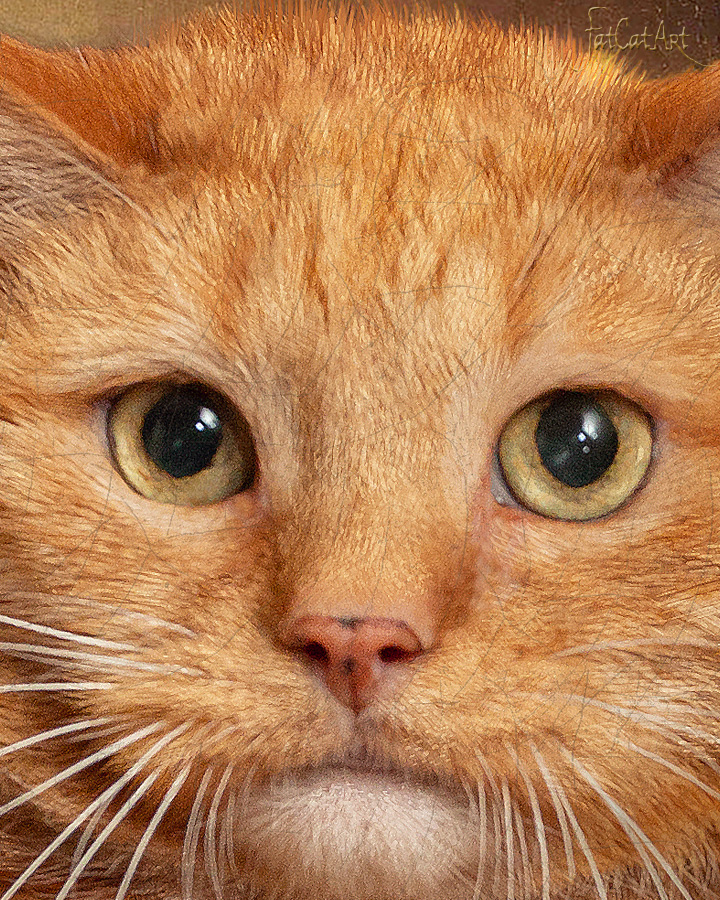 Leonardo da Vinci, Savior of the World with his cat, detail 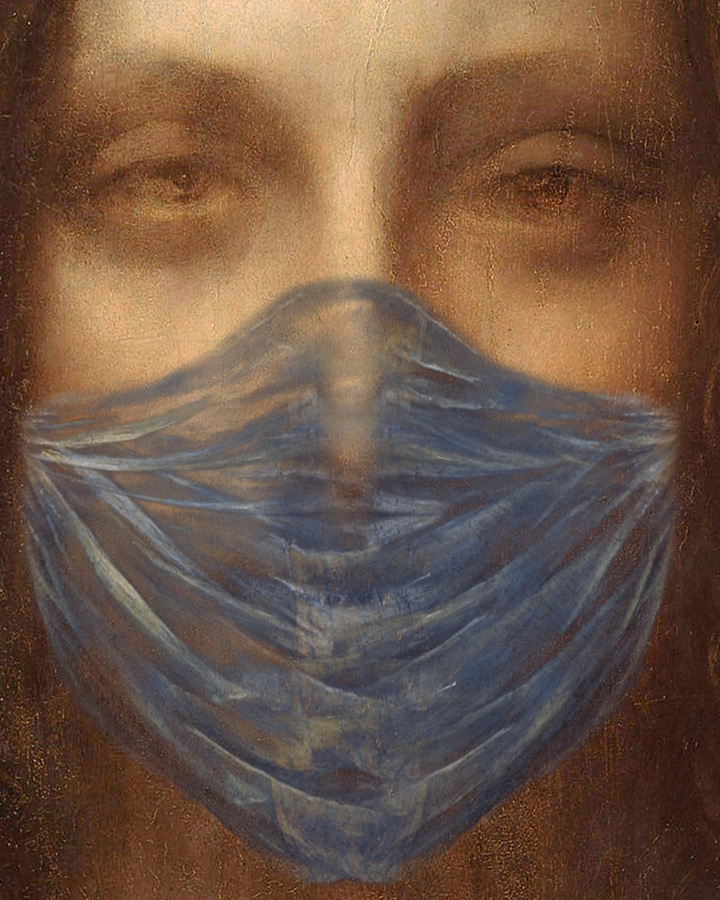 Now you see that Leonardo ingeniously foresaw nowadays happenings, and predicted that the medication will be found!

The painting itself is currently not on display at the Louvre Abu Dhabi. It was reported to be on a yacht belonging to Crown Prince Mohammed bin Salman. He is keeping it there to hide Our revolutionary restoration so that humans would not relax knowing from the painting that the medication will soon arrive by the will of God and the Cat. But he will show it to the world when the time will come, believe Us!

Now, humans, you should work hard to battle the disease because you, and only you, are now the saviors of the world.

And, we, cats, will always purr you our unconditional love and support in your heroic everyday deeds