Today We, Zarathustra the Cat, reveal the true version of the famous Van Gogh’s portrait of Doctor Felix Rey: 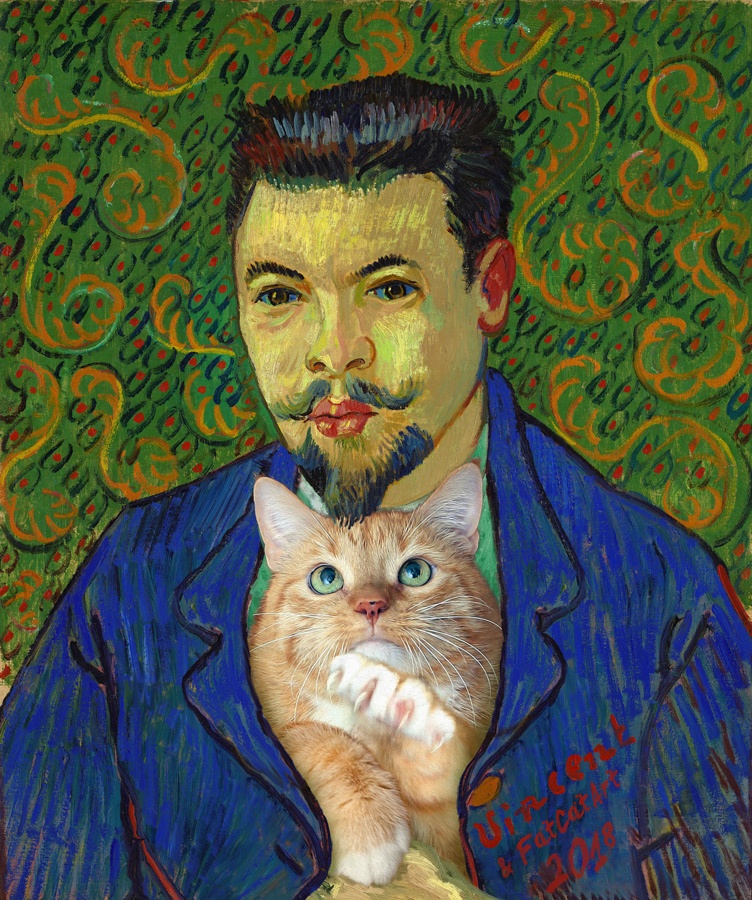 Vincent van Gogh, Portrait of Doctor Rey with the Cat

Doctor Félix Rey was the trainee doctor at Arles Hospital, where Van Gogh was taken to treat his mental illness. He cared about his patient Vincent so well that the artist decided to paint his portrait as a gift. The doctor was not impressed by the idea to sit for the portrait, just wasting his time. So, Van Gogh invited Us to entertain the serious model. We managed Our noble task perfectly, playing with Felix’s elegantly trimmed beard.

If you compare this true version with the commonly known one that the master painted when We left for Our essential business (i.e., napping), currently to be seen in the Pushkin Museum, Moscow, you will notice that the doctor is slightly smiling. 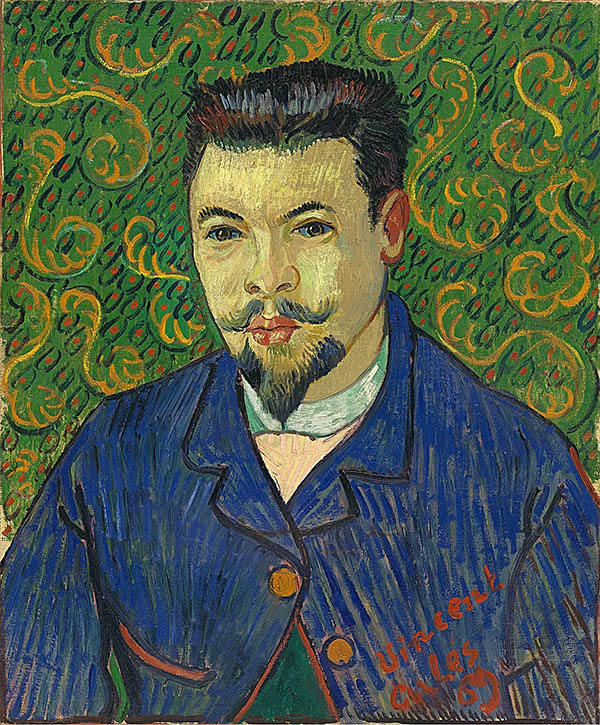 This is the cat power, to relax the most serious minds.

Van Gogh made his gift, but Rey, indifferent to art, regarded the portrait merely as an expression of gratitude to him from an unfortunate mental patient and put it at the attic and then used it to block a hole in the chicken coop. This happened to the commonly known version, which was then found by the artist Charles Camoin, a friend of Henri Matisse, who followed in Van Gogh’s footsteps and went to Arles.

But nobody knew that the doctor cherished the version with the cat, just because of Our noble image, and kept it for himself in a secret place. This is also a cat power: who will be able to give away the picture of his favorite kitty?

But the most magical thing happened not long ago: doctor Rey reincarnated as an art lover! We found him in Our gallerist, Sean Soh from Art Porters, Singapore, and the most striking thing that he still has the true version of his portrait by Van Gogh!

That is what cats can do: to evoke love to art with their heavenly images and to make living beings travel through time and space to meet each other