When will you marry, cat lover?

Today We, Zarathustra the Cat, reveal the true version of one of the most famous paintings by Paul Gauguin:  Nafea faa ipoipo? (When Will You Marry?): 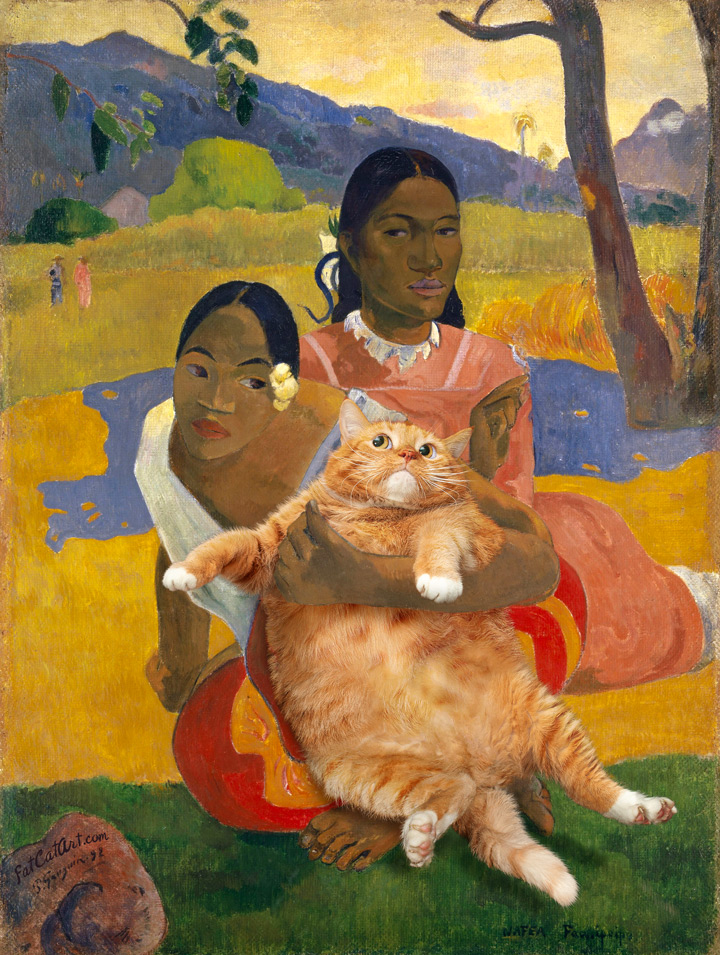 Paul Gauguin, When Will You Marry, Cat Lover?

The painting was created in 1892, during his first stay in Tahiti.

The girl in front is Paul Gauguin’s Tahitian wife Teha’amana, who he married when she was only 13 years old!

No surprise the girl prefers to stay with her favorite kitty, and not to marry an old white guy, even if he was a genius artist.

But her family, represented by the serious lady sitting in a Western-style gown behind Teha’amana, wearing a colorful native costume, insisted because they thought it’s an honor to marry a European.

A bit shocking story for a modern mind, isn’t it?

In the painting, the girl looks at the kitty, and the kitty looks back, having no clues why the human suddenly squeezed him: 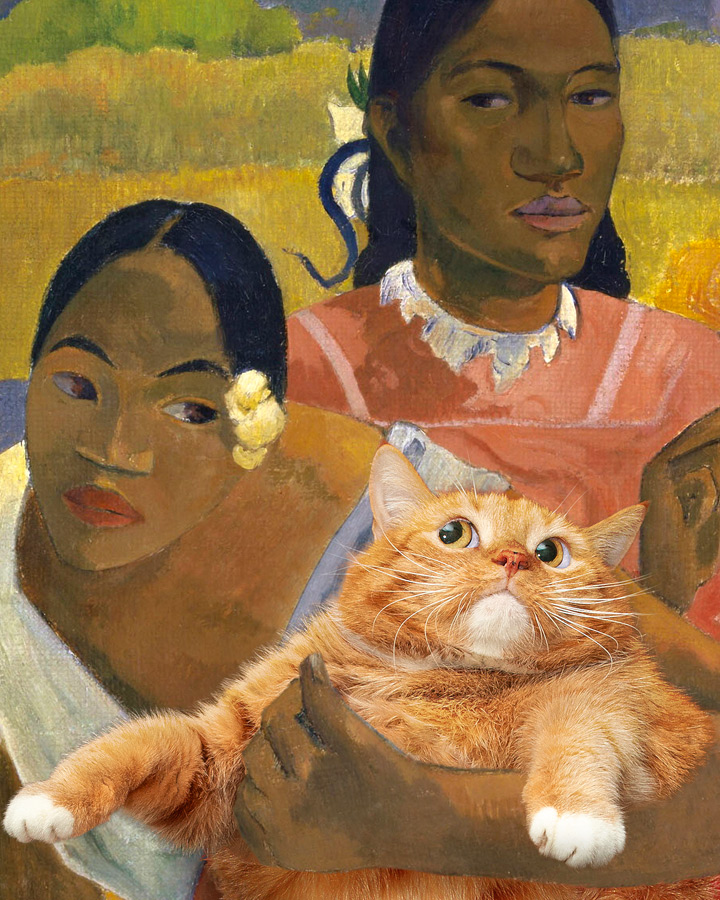 Paul Gauguin, When Will You Marry, Cat Lover?, detail

The lady behind them is not content, she thinks that the girl is not serious, she is too fond of cats and not in a marriage of convenience

So many prejudices in one beautiful painting!

Just compare it with the commonly known version of the painting, recently sold for smashing US$ 210 million, one of the highest prices ever paid for a work of art: 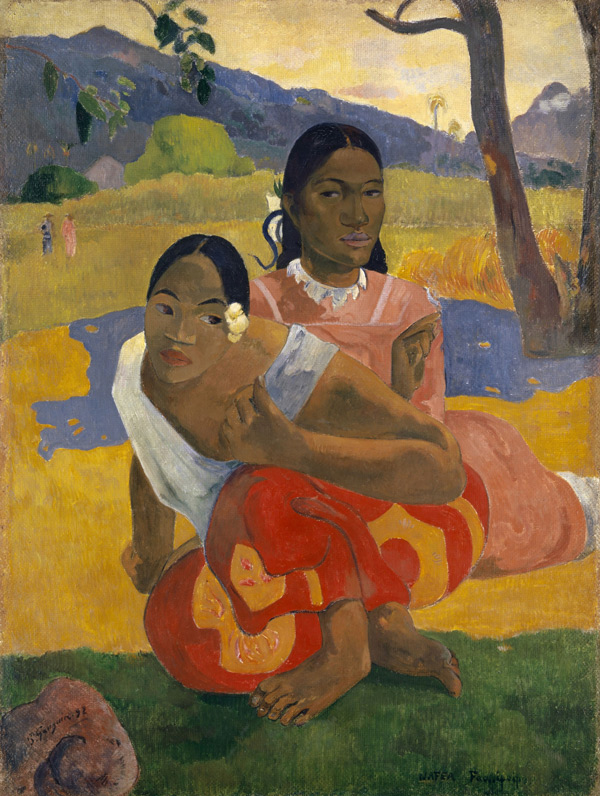 Paul Gauguin, When Will You Marry?, commonly known version

You will see immediately, which version is true!

BUY THIS ARTWORK as a CANVAS PRINT or as a POSTER . Don’t worry, it is not that expensive.