The Tower of Babel Cat, Crushed by a Flower

Do you remember the true story of the Tower of Babel, depicted by Peter Bruegel the Elder? If yes, you should recall that the story had the happy end, the Tower was fixed by cats, and humanity got one common language: the language of cats images.You may ask yourself: if the end of the story was happy, why we live in the imperfect world, torn by conflicts and misunderstanding? Today We, Zarathustra the Cat, reveal the true cause of the problem: the world is imperfect because of … a flower, a petunia, to specify it. Pieter Bruegel the Elder depicted the story in his true version of another of Bruegel’s Tower of Babel, a “Big” one, from Kunsthistorisches Museum Vienna

The master depicted in detail how We are trying to help humans to finish this unfortunate construction: 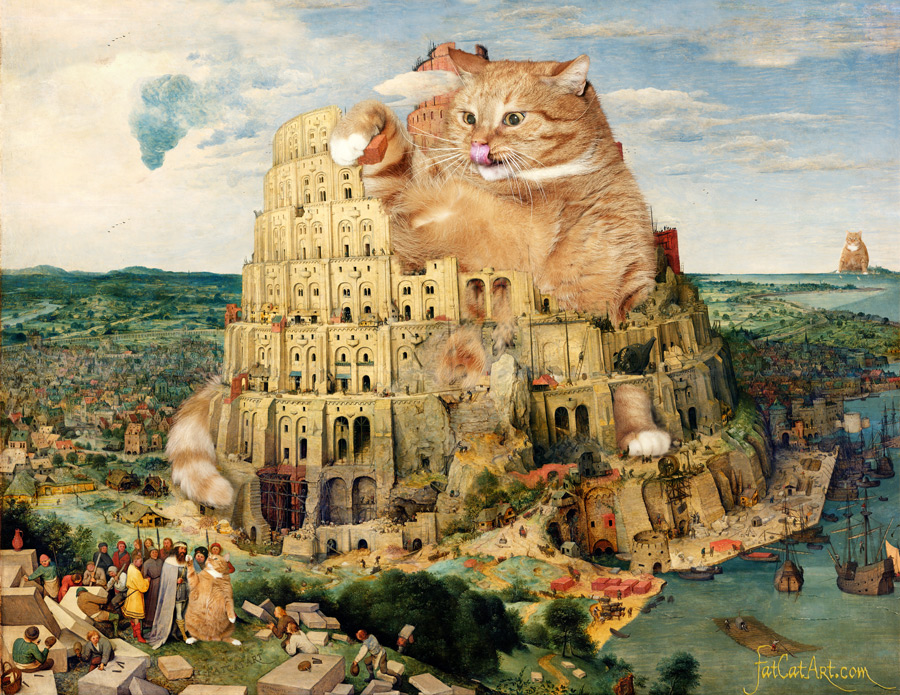 Pieter Bruegel the Elder, The Tower of Babel under cats construction

In the right top corner of the image, We are examining from a distance the result of human stupidity and vanity.In the center of the painting, We appear as a giant cat that helps to finish the wall, playing with heavy bricks as with catnip mice. 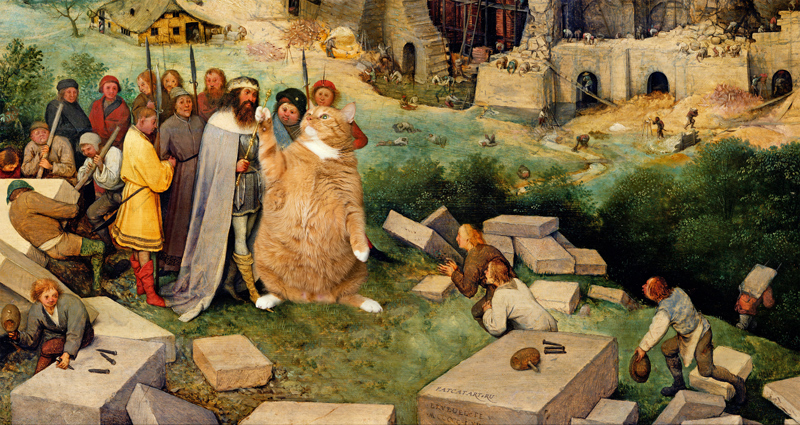 Pieter Bruegel the Elder, The Tower of Babel under cats construction, detail

Our small avatar in the left down corner of the painting explains to a human king what “to be a good governor” means. Enlightened humans bow down before UsAnd, SUDDENLY, when we held a heavy rock in Our mouth and over human effort was seen on Our face, a hand appeared from clouds and put a petunia on Our noble head!Epic fail! 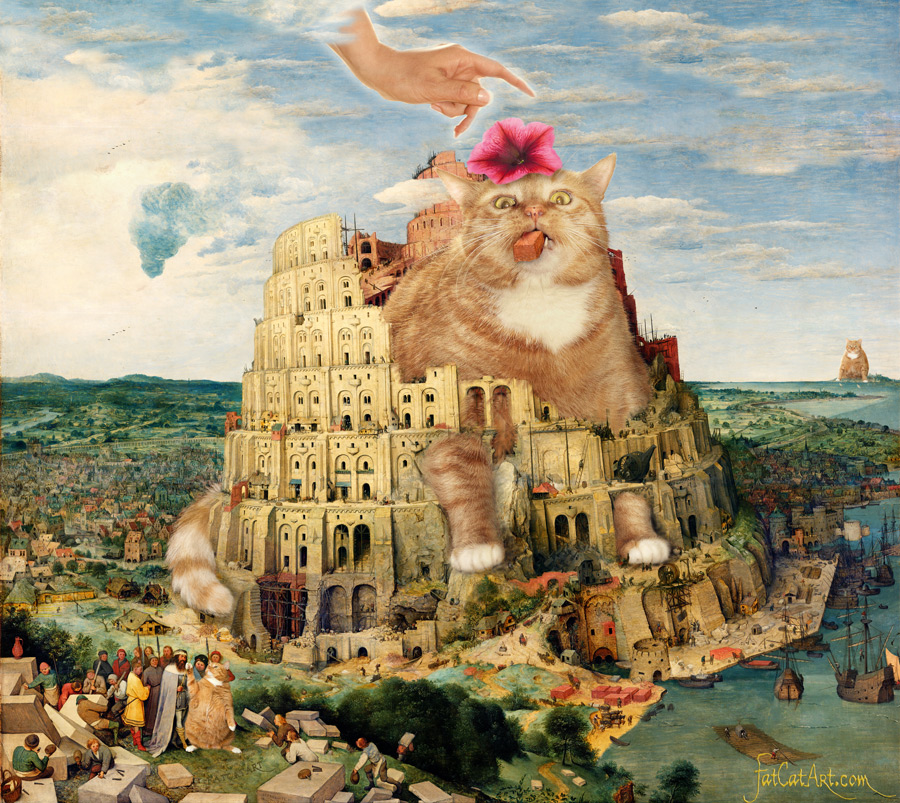 Pieter Bruegel the Elder, The Tower of Babel Cat crushed by a flower

You may say it is not true, how a simple flower can cause such a disastrous effect?Please check the amazing research about the influence of petunias on cats’ behavior, made by the Instagram user @sophiella_cats_n_nails

Now you know the sad truth!You may ask: but why the painting in Kunsthistorisches Museum seems not to have cats in it?

The explanation is here: you should take the painting from the wall and bring it outside at full sunlight, turn it right and left, and you will see cats:

You can try it yourself if you are in Vienna!

But please tell nobody that it was We who advised you to this with a museum painting!
Thus speaks Zarathustra the Cat