We, Zarathustra the Cat, by the will of gods spent a pleasant 2 months at the city streets, CAtagging walls We like. Now We are so kind to share Our experience: classic culture should respect contemporary art, and vice versa, contemporary culture should respect classics, otherwise, you know.
Can cats respect dogs? Can doggies respect kitties? “U bet!” states Paolo Veronese featuring hairstyle and chains by Snoop Dogg and Zarathustra the Cat at his original version of his famous “4 Allegories of Love: Respect”: 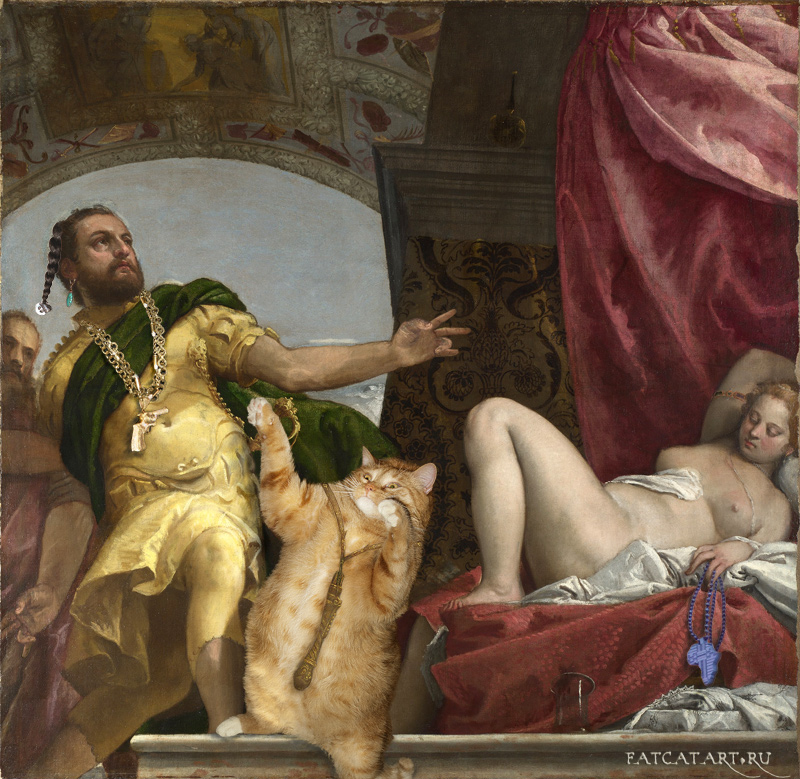 Yes, they can if they are in style! In the painting we see the style of Snoop Dogg, whose appearance on hip-hop stage and doggy’s nick Veronese foresaw in his 1575,  then a very respectable Cat, and, finally, a naked sleeping lady. Everybody are in style, and everybody has respect for each other.
For sure you would like to know why on can find at the National Gallery this politically incorrect version of the painting, full of racism (where is African design??) and sexism (at the place of  the Cat, a cupid with an arrow evidently pushes a character in yellow to sexual harassment of sleeping lady): 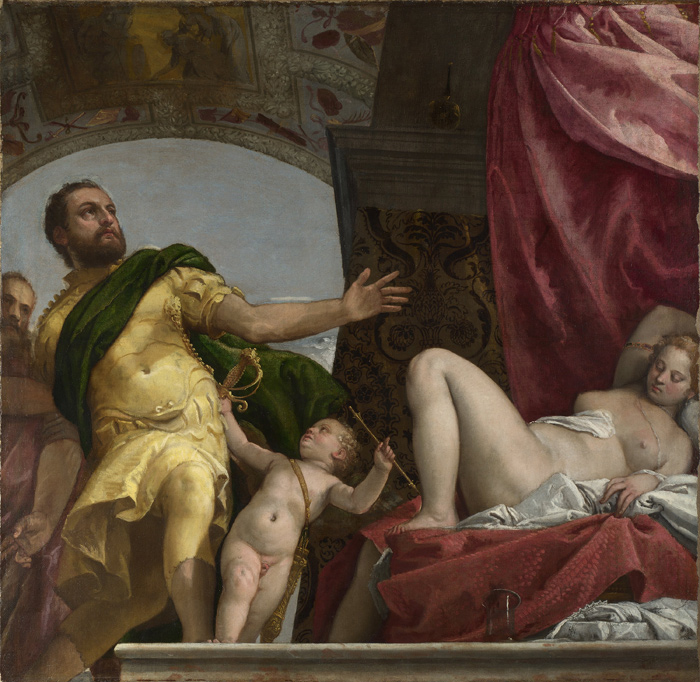 The explanation is not the fact of chasing of artist by narrow minded art-critics as usual, but vicious hazing of young artists by older ones. The art establishment guys told Veronese in 1575: “Cute cat at the official painting?? Respect to naked babe??? African design??? And where is your Africa on the map of the world??? Hasta la vista, baby!”
“I beg your pardon, I’ll fix it immediately” – whispered Veronese trembling, you know what time it was.

P.S. Having cleaned the masterpiece more carefully, we found there the image that we suspected to be there and Veronese respected – Snoop Dogg by himself: 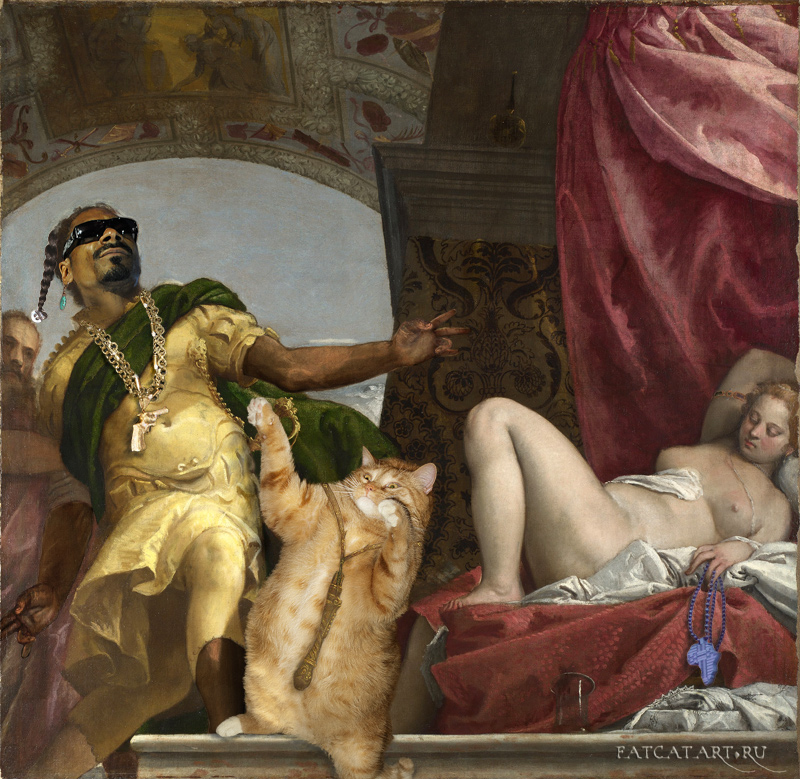